2018 marks the twenty-fifth anniversary of the loss of my baby brother, Keith, to AIDS-related complications. He was twenty-nine-years-old.  Not a cause for celebration, but a time to recommit to spreading awareness about this disease that does not discriminate. AIDS isn’t the ‘epidemic’ it once was, but any disease whose victims still number in the millions is not something to become complacent over.

HIV/AIDS at its worst didn’t just take lives. Families, friendships, marriages, livelihoods and more were left broken and devastated in its wake. Too many AIDS patients died alienated and alone but for the simple lack of knowledge.

Pledge today to be a part of the solution–to learn and share the FACTS about this killer. Nothing should be taken for granted. Sexually active adults should be having the AIDS-conversation. Parents should be talking to their children–especially their young daughters. The old saying goes, “an ounce of prevention is worth a pound of cure.” In the case of of HIV/AIDS, it could also save a life. Be safe. Be smart. Be informed. –FD

Observed annually on March 10th, National Women and Girls HIV/AIDS Awareness Day is a day to empower people everywhere with knowledge and information regarding this disease and the often overlooked impact that it has on women and girls.

On this educational day, each year, groups, organizations, state and local health officials and thousands of people share the facts regarding HIV/AIDS and the impact on them.

Some of the action that is taken, or can be taken, on this day is:

National Woman and Girls HIV/AIDS Awareness Day is coordinated by the Office on Women’s Health (OWH) within the Office of the Assistant Secretary for Health of the U.S. Department of Health and Human Services alongside many organizations that play a critical role in the observance in communities across the nation.

HIV/AIDS remains one of the world’s most significant public health challenges, particularly in low- and middle-income countries.

As a result of recent advances in access to antiretroviral therapy (ART), HIV-positive people now live longer and healthier lives. In addition, it has been confirmed that ART prevents onward transmission of HIV.

Progress has also been made in preventing and eliminating mother-to-child transmission and keeping mothers alive. In 2016, almost 8 out of 10 pregnant women living with HIV, or 1.1 million women, received antiretrovirals (ARVs).

WHO has released a set of normative guidelines and provides support to countries in formulating and implementing policies and programmes to improve and scale up HIV prevention, treatment, care and support services for all people in need.

This fact file provides current data on the disease, and ways to prevent and treat it.

Infection results in the progressive deterioration of the immune system, breaking down the body’s ability to fend off some infections and other diseases. AIDS (Acquired immune deficiency syndrome) refers to the most advanced stages of HIV infection, defined by the occurrence of any of more than 20 opportunistic infections or related cancers.

Fact 2: HIV can be transmitted in several ways

HIV can be transmitted through:

Fact 3: There are several ways to prevent HIV transmission

* practice safe sexual behaviours such as using condoms;
* get tested and treated for sexually transmitted infections, including HIV to prevent onward transmission;
* avoid injecting drugs, or if you do, always use sterile needles and syringes;
* ensure that any blood or blood products that you might need are tested for HIV;
* access voluntary medical male circumcision if you live in one of the 14 countries where this intervention is promoted;
* if you have HIV start antiretroviral therapy as soon as possible for your own health and to prevent HIV transmission to your sexual or drug using partner or to your infant (if you are pregnant or breastfeeding);
* use pre-exposure prophylaxis prior to engaging in high risk behaviour; demand post-exposure prophylaxis if there is the risk that you have been exposed to HIV infection in both occupational and non-occupational settings.

If the reproduction of HIV stops, then the body’s immune cells are able to live longer and provide the body with protection from infections. Effective ART results in a reduction in viral load, the amount of virus in the body, greatly reducing the risk of transmitting the virus sexual partners. If the HIV positive partner in a couple is on effective ART, the likelihood of sexual transmission to the HIV-negative partner can be reduced by as much as 96%. Expanding coverage of HIV treatment contributes to HIV prevention efforts.

Of these, more than 16 million lived in low- and middle-income countries. In 2016, WHO released the second edition of the “Consolidated guidelines on the use of antiretroviral drugs for treating and preventing HIV infection.” These guidelines present several new recommendations, including the recommendation to provide lifelong ART to all children, adolescents and adults, including all pregnant and breastfeeding women living with HIV, regardless of CD4 cell count as soon as possible after diagnosis. WHO has also expanded earlier recommendations to offer pre-exposure prophylaxis of HIV (PrEP) to selected people at substantial risk of acquiring HIV. Alternative first-line treatment regimens are also recommended.

Fact 7: HIV testing can help to ensure treatment for people in need

Access to HIV testing and medicines should be dramatically accelerated in order to reach the goal of ending AIDS by 2030. HIV testing reach is still limited, as an estimated 40% of people with HIV or over 14 million people remain undiagnosed and don’t know their infection status. WHO is recommending innovative HIV-self-testing and partner notification approaches to increase HIV testing services among undiagnosed people.

Fact 8: An estimated 1.8 million children are living with HIV

According to 2015 figures most of these children live in sub-Saharan Africa and were infected through transmission from their HIV-positive mothers during pregnancy, childbirth or breastfeeding. Close to 150 000 children (110 000–190 000) became newly infected with HIV in 2015.

Fact 9: Elimination of mother-to-child-transmission is becoming a reality

Access to preventive interventions remains limited in many low- and middle-income countries. But progress has been made in some areas such as prevention of mother-to-child transmission of HIV and keeping mothers alive. In 2015, almost 8 out of 10 pregnant women living with HIV – 1.1 million women – received antiretrovirals worldwide. In 2015, Cuba was the first country declared by WHO as having eliminated mother-to-child transmission of HIV and syphilis. In June 2016, 3 other countries: Armenia, Belarus and Thailand were also validated for eliminating mother-to-child HIV.

In 2015, an estimated 1.2 million (11%) of the 10.4 million people who developed TB worldwide were HIV-positive. In the same year approximately 390 000 deaths from tuberculosis occurred among people living with HIV. The WHO African Region accounted for around 75% of the estimated number of HIV-related TB deaths.

Compiled by the World Health Organization (WHO) 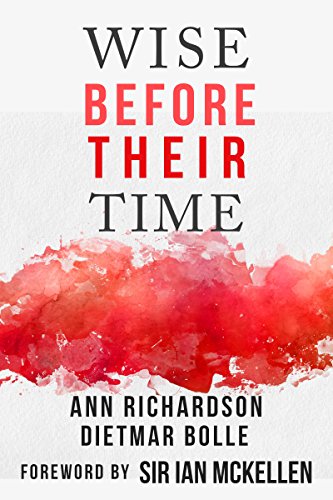 “As Powerful As Any Great Classic Of Fiction”

So said Sir Ian McKellen in his Foreword to my book. And it is. 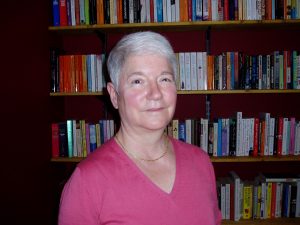 Do you remember the terrible times of AIDS and HIV in the 1980s and 1990s? If not, are you curious to learn what it was like for those diagnosed?

Wise Before their Time, first published in 1992, shows in moving detail what it was like to live with HIV/AIDS when there was no real treatment for this life-threatening illness. It tells the true stories of over forty young men and women from all over the world, attending an international conference of people with HIV and AIDS in London in 1991.

I have added a new cover and a short introduction to the new version, but the book remains essentially the same.

These were very young people (most were in their twenties and thirties) having to cope with an unexpectedly shortened lifespan.

They describe the difficulties of telling their parents, friends, and partners of their diagnosis, while trying to cope with the day-to-day problems of staying healthy, keeping in work and supporting their friends.

They all experienced enormous stigma, blame, and guilt because of the disease. This can be seen in all kinds of ways ­– from small things, like an Irishman being disappointed that friends did not want him to play with their child, to larger ones, such as a man being placed alone in an isolation hospital in Goa for some months with no help.

They all knew others who had died. And one mother tells the story of the death of her toddler.

Yet this is in no way a struggle to read. It is touching, it is enlightening, and it is sometimes funny.  But most of all, there is virtually no self-pity. On the contrary, the participants were committed to celebrating the joys of life to the full. Which is why I chose the title – they were, genuinely, wise before their time.

For more information or to buy: https://myBook.to/Wise