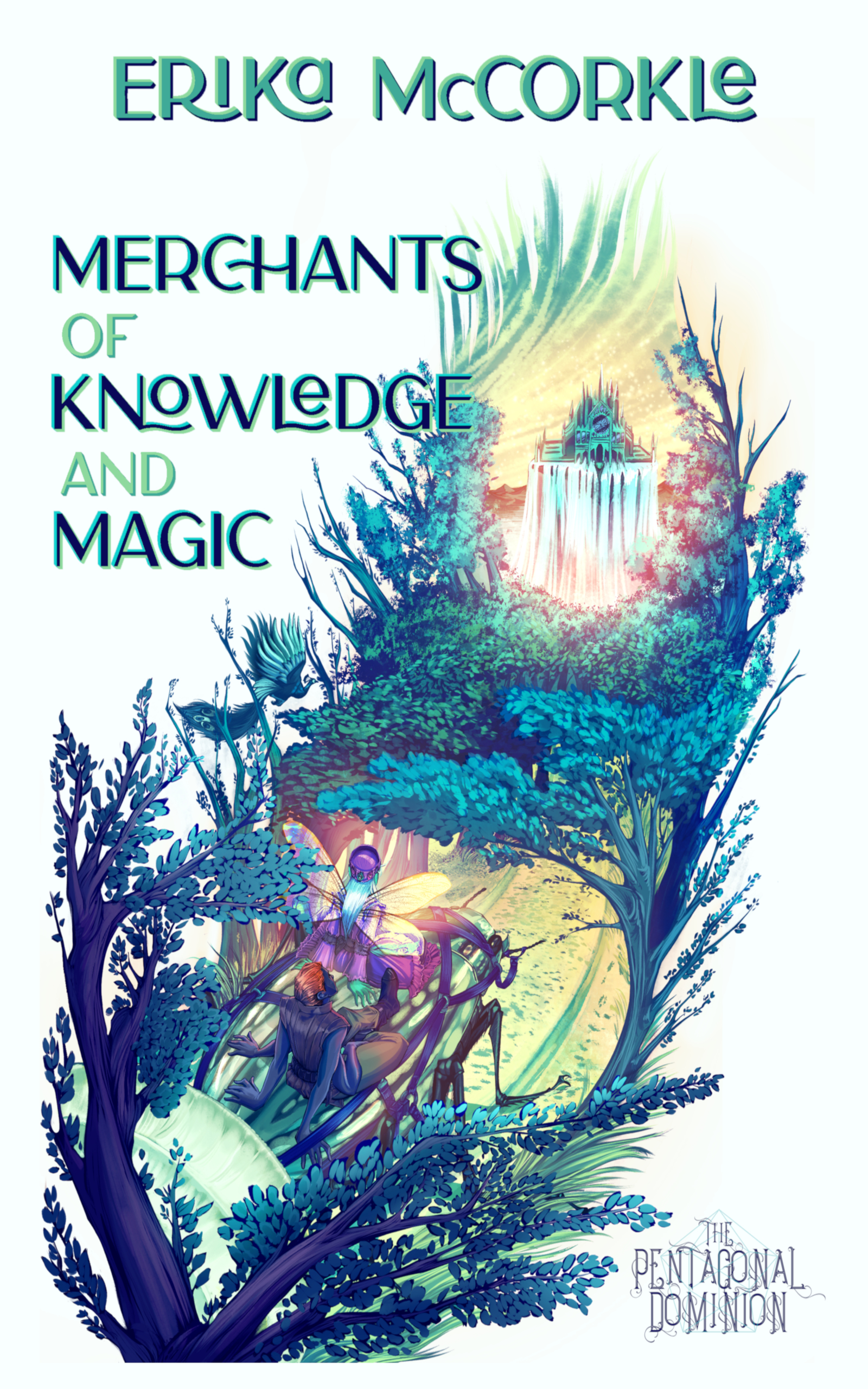 “My secret would plunge the world into chaos.” “How much is it worth?”

Calinthe is an asexual dragonfly-person who was sent on a mission to find two missing men. She learns one of the men is from a species thought to be extinct, who had the misfortune of being captured in a matriarchal society where all non-women are enslaved.

Though she maintains a disguise with help from her companion’s illusions, Calinthe is actually intersex. If her secret were to be discovered by the matriarchy, she would be enslaved as well.

My goal in life was to retire and live comfortably. I wanted to grow old with Zakuro and live in a house full of books, a roaring fireplace, a soft bed with fluffy blankets, and a nearby market with fresh meat and fruit. I would earn that life in thirty years if I continued to live a virtuous life as the Lord’s volkhv and a merchant of knowledge. Or I could betray my God, my teachers, and my way of living. I could embrace the cold truth of coin. Ruo were a valuable species; they had a physiological use desirable to slave-owners, and couldn’t be bred. If I sold Päivi, I could make enough money to retire ten years sooner.

Oh, I would surely wander for years in Solitude as divine punishment, but what was that compared to eternity in paradise? Lucognidus was a forgiving God, and even the most wicked sinners eventually went to Spiritua.

No, that was not the kind of person I was. I would take a hammer to my fingers sooner than to my morality. What use was an early retirement if I spent those extra years wallowing in self-hatred for the monster I’d become? Hatred was a stranger to me. Although I had explored the depths of my mind and experienced a variety of emotions, I could say with certainty that I had never hated anyone, and I didn’t want to start. I may find the Ophidians detestable, but I have never hated one so passionately that her existence dug a niche into my soul and festered like maggots in week-old meat. When I looked at an Ophidian, I knew she’d pay for her sins in Solitude. 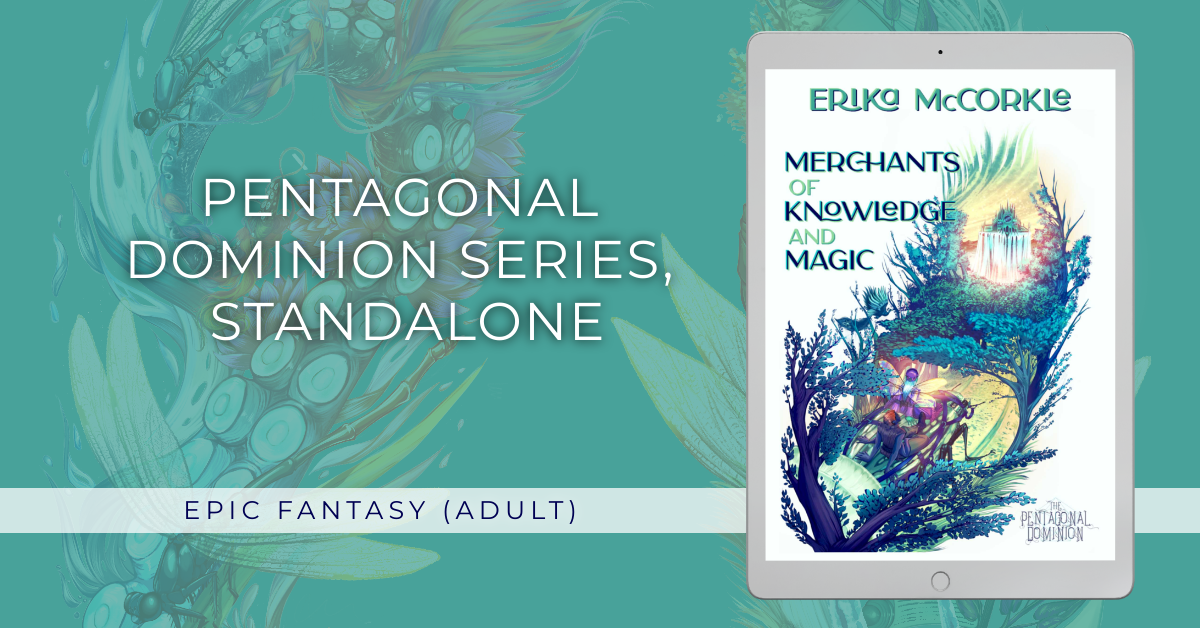 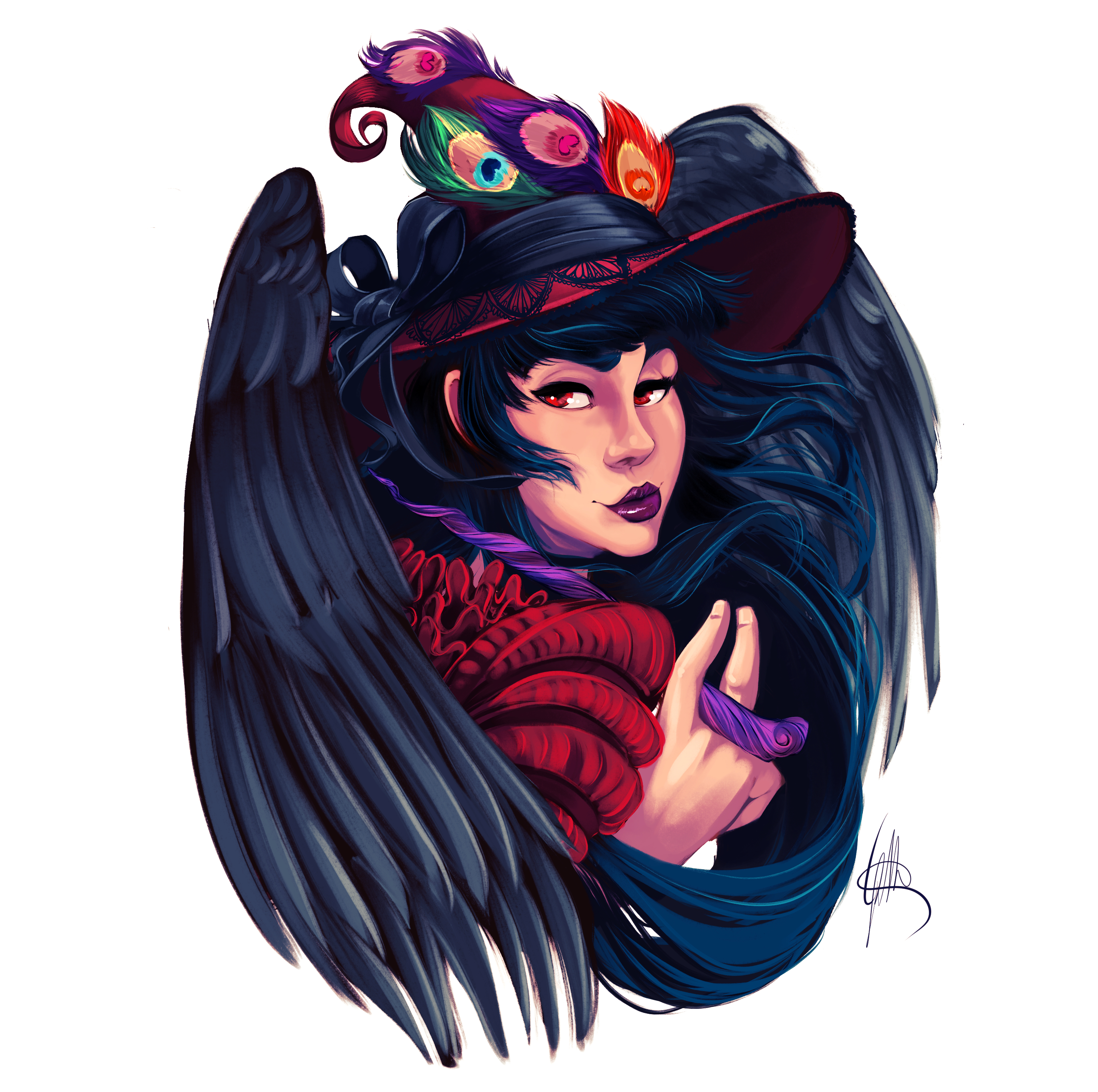 Erika McCorkle is an avid world-builder and consumer of all things fantasy, whether that be books, video games, or anime. She has been developing the Pentagonal Dominion for over two decades and has just recently begun
publishing novels that take place in that fantastic world.

She has a Bachelors of Science in Biology and works as a laboratory technician on the graveyard shift at her local blood bank, which qualifies her as a vampire.

Her debut novel, Merchants of Knowledge and Magic, is available now.