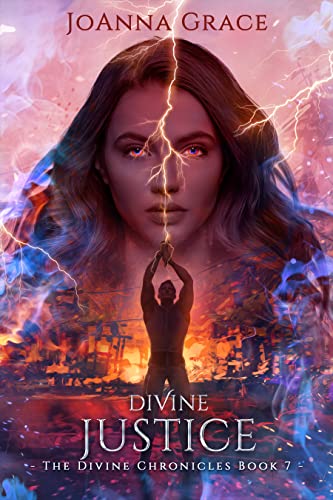 A Prince must die.

Ryse and Avery Castille have no choice but to deliver the gods’ justice to Ashton Avondale. His list of treacheries grows daily. First, they must find him. Their search for Ashton and his warehouses of demon-Olympian hybrids takes them all over the globe. Thank the gods for a talented teleporter, their key in winning the battle. They will face new foes, old friends, and a world of chaos.

Hades has spoken. The god of the underworld wants what is his and he will
show no mercy if he does not get it.

Avery’s ability to absorb Olympian gifts is both her greatest weapon and the biggest risk to their people. Her tendency to find trouble guarantees that Ryse will have his hands full, not only with the enemy—but with his wife. It’s up to Ryse, Avery, and their
ever-growing team of Elite warriors to track a traitor, save those who have been taken, and prevent the rise of a demon army before Hades steps in. But this is war, and no one will walk away unscathed.

Avery is the spark that started the fire.

When the final battle is fought, will her flames be their salvation or
their damnation?

Other books in The Divine Chronicles 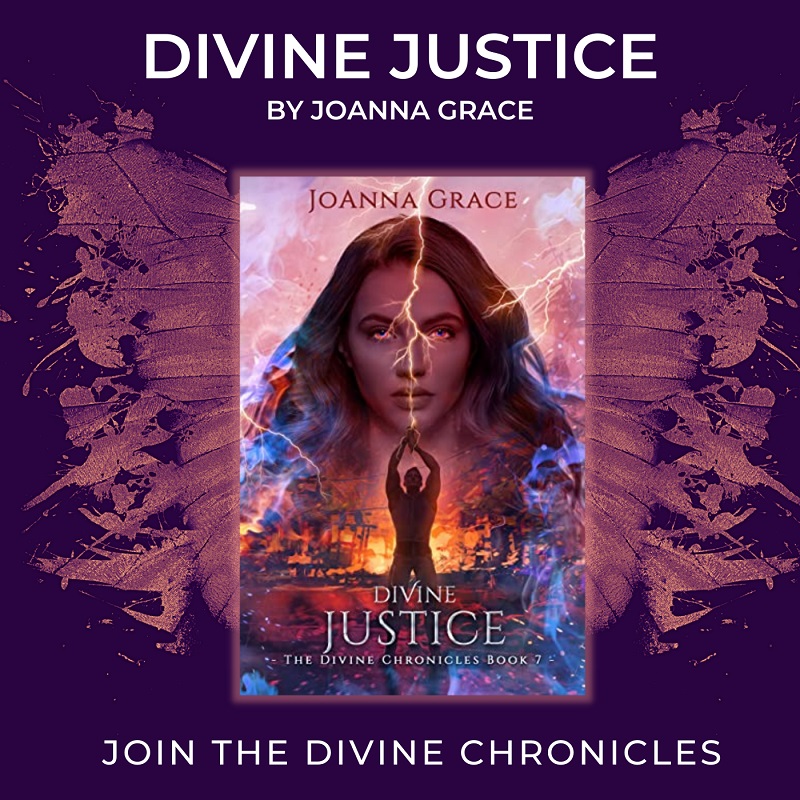 The Divine Chronicles, Book One 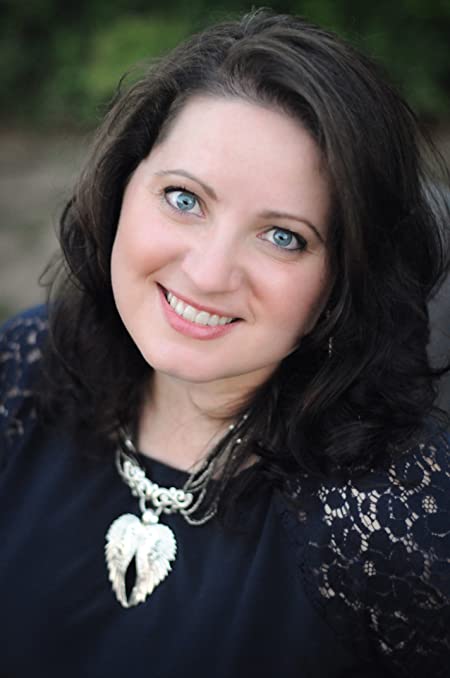 JoAnna Grace lives in a world of alpha males and strong females where true love conquers all—at least in her books! From the time she started holding a crayon she began to create magical worlds. Living in the real
world was never an option. A proud indie, she has published over a dozen novels including The Divine Chronicles series, The Blake Pride series, Riverview Romances, and more. This writer loves to read contemporary, paranormal, and urban fantasy romance novels.

JoAnna’s tales are spun at her home in East Texas where she lives with her Prince Charming, three kids, and a few dogs and cats. When not hiding behind the computer screen chugging coffee, you can find her having fun with family and friends, singing, camping, or managing multiple businesses.

It’s August in the Berkshires, and the area is suffering from a terrible drought. As wetlands dry up, the perfectly preserved body of a local man, missing for forty years, is discovered in Wolf Bog by a group of hikers that includes Kathryn Stinson. Who was he and what was his relationship with close friend Charlotte Hinckley, also on the hike, that would make Charlotte become distraught and blame herself for his death? Kathryn’s search for answers leads her to the discovery of fabulous parties held at the mansion up the hill from her rental house, where local teenagers like the deceased mingled with the offspring of the wealthy. Other questions dog the arrival of a woman claiming to be the daughter Charlotte gave up for adoption long ago. But is she really Charlotte’s daughter, and if not, what’s her game? Once again, Kathryn’s quest for the truth puts her in grave danger.

“Wheeler’s deep sense of place—the Berkshires—illuminates a deftly woven plot and a quirky cast of characters that will keep you glued to the pages until the last stunning revelation. It’s always a pleasure to be in the hands of a pro.”

“When a long-lost teenager turns up dead, a cold case turns into hot murder. A deliciously intriguing Berkshire mystery.”

Sarah Smith, Agatha Award-winning author
of The Vanished Child and Crimes and Survivors

Charlotte’s brow furrowed as she stared at the bog. “There’s something down there. A dead animal or…?” She raised her binoculars to get a better look.

“Where?” Wally asked. She pointed to a spot on the peat at the edge of the water. Wally had barely lifted his binoculars when Charlotte cried, “Oh, my God, it’s a body!” And took off toward it.

“No, don’t go there!” Wally grabbed at her, but she eluded him. When Charlotte was almost to the body−−if that’s what it was−−she began to sink into the bog. She waved her arms and twisted her legs, trying desperately to get out, but her struggles only made her sink deeper.

Kathryn’s heart seized. They had to rescue Charlotte, but how without getting stuck themselves? Brushing past Wally, Steve started down the slope. Wally caught him, pulled him back, and handed him over to Hal Phelps. “You stay put. Everyone else, too. I’ve had experience hiking around this bog, and I think I can get her out. Stop struggling and try to keep calm,” he called down to Charlotte. “Help is on the way.”

Wally made his way carefully to where Charlotte stood, caught in the mire. He tested each step before putting his full weight on it, backtracking when he deemed the ground too soft. When he was a few yards away, he stopped.

“This is as far as I can safely come,” he told Charlotte. He extended his hiking pole and she grabbed it. Then, on his instructions, she slowly and with great effort lifted first one leg, then the other out of the muck and onto the ground behind her. Wally guided her back to the others, following the same zigzag pattern he’d made when descending. Charlotte went with him reluctantly. She kept glancing back over her shoulder at what she’d seen at the water’s edge.

Kathryn trained her binoculars on that spot. Gradually an image came into focus. A body was embedded in the peat. The skin was a dark, reddish brown, but otherwise, it was perfectly preserved. Bile rose in her throat.

Charlotte moved close to Kathryn. “You see him, don’t you?” Her face was white, her eyes wide and staring.

“I saw something that appears to be a body, but–” Wally said.

“So there really is a dead person down there?” Betty asked.

“It looks that way,” Wally said grimly. “But let’s not panic. I’m going to try to reach Chief Lapsley, though I doubt I’ll get reception here. We’ll probably have to leave the area before I can.”

“Charlotte,” Wally said with a pained expression, “whoever is down there is already dead.”

She flinched, as if he’d slapped her across the face. “No! I’m telling you Denny’s alive.” She glared at him, then her defiant expression changed to one of uncertainty. “Dead or alive, I’m to blame. I’m staying here with him.”

An award-winning author of books about American history and biographies, Leslie Wheeler has written two mystery series. Her Berkshire Hilltown Mysteries launched with Rattlesnake Hill and continue with Shuntoll Road and Wolf Bog. Her Miranda Lewis Living History Mysteries debuted with Murder at Plimoth Plantation and continue with Murder at Gettysburg and Murder at Spouters Point. Her mystery short stories have appeared in numerous anthologies. Leslie is a member of Mystery Writers of America and Sisters in Crime, and a founding member of the New England Crime Bake Committee. She divides her time between Cambridge, Massachusetts, and the Berkshires, where she writes in a house overlooking a pond.

This is a giveaway hosted by Partners in Crime Tours for Leslie Wheeler. See the widget for entry terms and conditions. Void where prohibited.

Get More Great Reads at Partners In Crime Tours