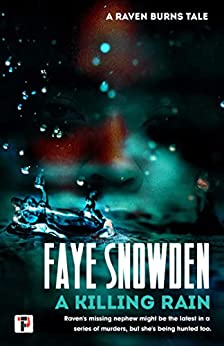 Dark, Southern gothic tale of homicide detective Raven Burns, with a complicated past and a desperate case to solve. Black Girls Lit recommends the first book, A Killing Fire “to crime fiction and mystery lovers and fans of Ruth Ware and Gillian Flynn.”

“Full-bodied and dynamic characters carry this one along a mystery, tying a brutal past with a bloody present that will keep you guessing right up to the finale.” — Unnerving Magazine on Book 1 in the series.

After former homicide Raven Burns returns to Byrd’s Landing, Louisiana to begin a new life, she soon finds herself trapped by the old one when her nephew is kidnapped by a ruthless serial killer, and her foster brother becomes the main suspect. To make matters worse, she is being pursued by two men— one who wants to redeem her soul for the murder Raven felt she had no choice but to commit, and another who wants to lock her away forever.