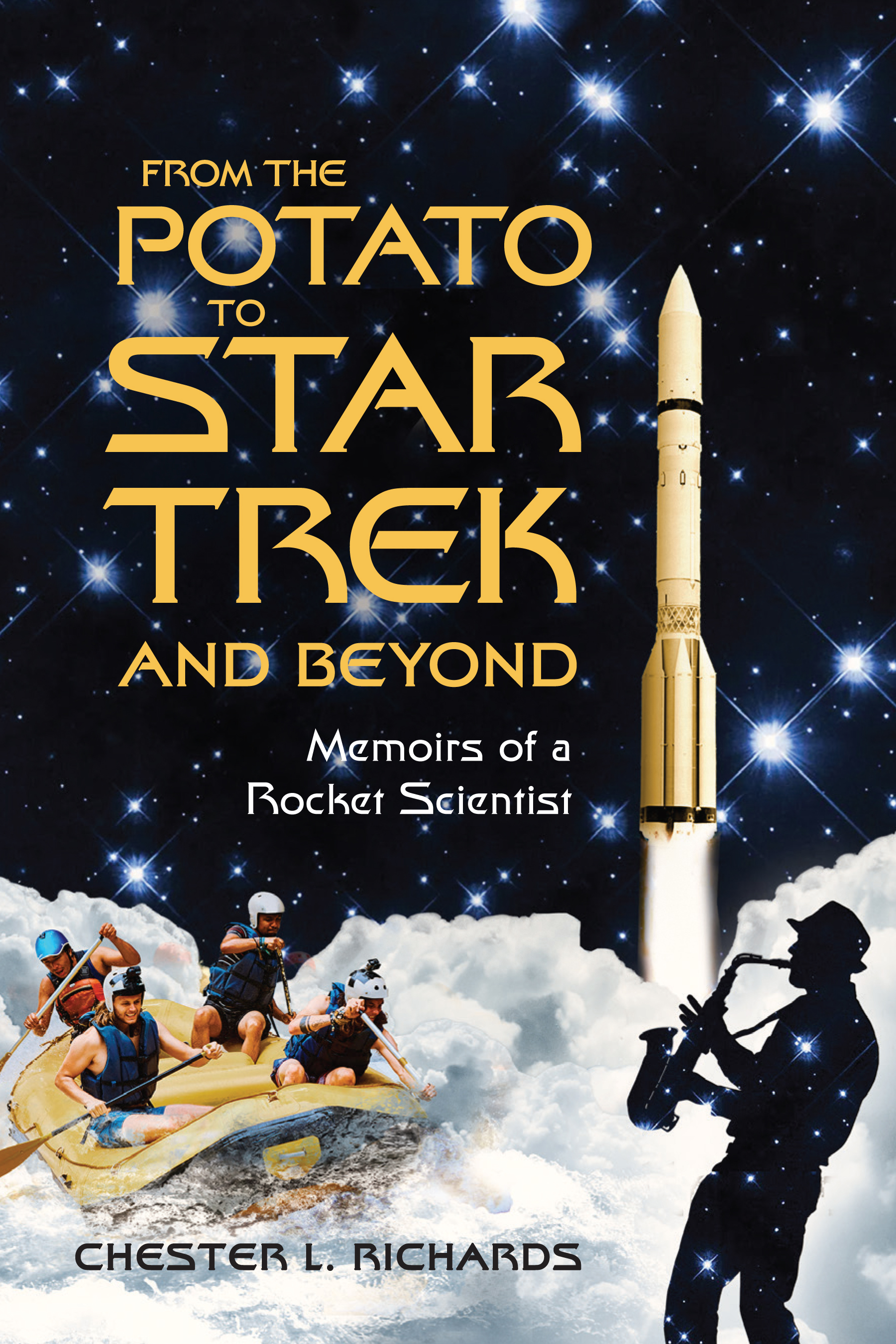 Memoirs of a Rocket Scientist

Narrow escapes from bouts with The Potato were just the beginning

Having had a number of odd brushes with death, Author Chester (Chet) L. Richards has always boldly gone where few have dared. His mantra: view all that comes your way – the good, the terrifying, and the ugly – as a series of adventures. Here are a few snippets from his book, From The Potato to Star Trek and Beyond: Memoirs of a Rocket Scientist:

“It took much practice, and many accidents, before I got the hang of it. Even then, The Potato, in its death throes, did not always behave as a Proper Sacrifice should and blazing hot molten lead would explode out from the bubbling caldron.” From The Potato

“He swung his rifle around and pointed it towards my belly, his finger nervous on the trigger. I froze.” From Land of Troubles

“One day, Judy and I were taken for a walk. We wandered around for a bit, climbed a narrow flight of stairs and were ushered into the Sanctum Sanctorum. There, waiting for us, was Gene Roddenberry.” From Star Trek

“My last vision of the raft, before I was driven to the black bottom of the silty river, was of Terry, half overboard, his outside leg caught between a maverick oar and the side of the boat.” From Lava Falls

“‘Three…two…one…fire!”…Hisssss…Pop! ‘Uh, oh!’ said the technician as the meters all swung to zero and red lights lit up down the length of the long control panel. My signals also had disappeared…’We just blew up the [rocket engine] test stand.'” From Rocket Science

The loss of the love of his life, Sarah, knocked the stuffing out of Chet initially. But writing these, the stories she loved, brought him back. May reading them bring you the zest for life the author regained from recalling them.