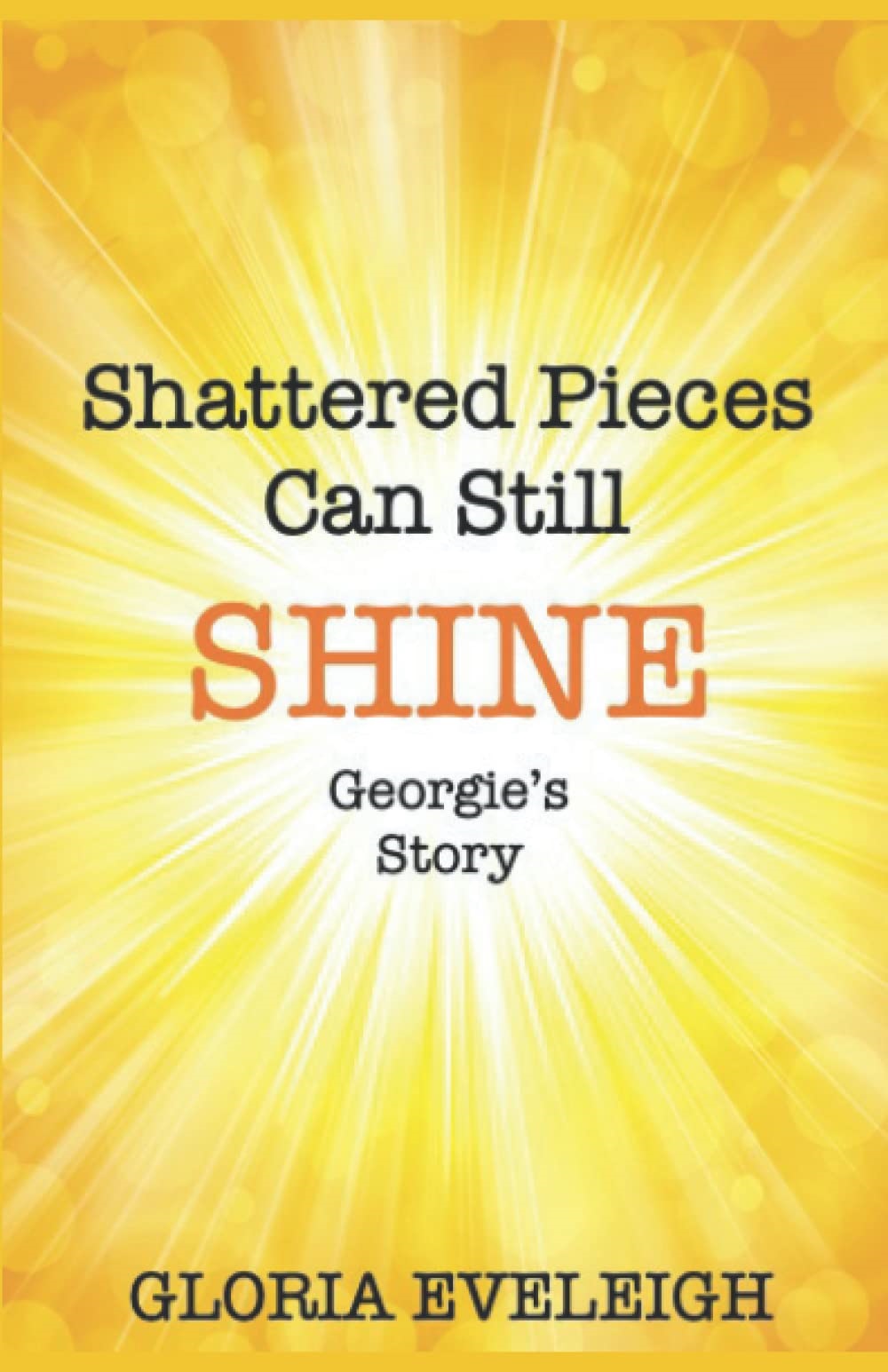 This story, loosely based on a real-life story, is about Georgie, a child born to a single mother just after WW2 in a small village in Cumberland.

After an initially happy first few years of childhood during which Georgie dreams of becoming a dancer, she finds herself the victim of sexual and psychological abuse by her stepfather, and then neglect and rejection by both her mother and her absent father.

Eventually Georgie runs away to London where, after a short period of rough-sleeping, life seems to become more positive for a while, and she is able to kick start her dancing career.

But things go badly wrong, and Georgie finds herself imprisoned into a life she did not choose, with little chance of escaping.

She had rarely prayed to God, but it seemed He was watching over her …

Life had become almost normal for Georgie once Mummy was back home. The
five-year-old felt at peace, but somehow couldn’t quite find the old
bouncing Georgie that she once was. Neither could she bring herself to call
the monster Daddy anymore. Georgie knew that Mummy had put it down to her
having grown up a lot while she was away. Pattie and Robert had appeared to
be less worried about her too, which Georgie thought was because they knew
her mummy was now there to monitor the situation.

A month passed by until one Sunday morning early in February Mummy
announced that she was popping down to see Pattie for a couple of hours for
a catchup.

“Would you mind keeping an eye on the girls for me, please, Gerald?
It would be lovely to have a bit of girlie time with Pattie on our own.
Daisy’s just gone down for a nap, so she shouldn’t be a
problem.”

Georgie had overheard what Mummy had said as she sat on the settee in the
living room quietly reading her book about the girl who became a dancer and
dreaming of her longed-for future. When Mummy popped her head around the
door to say goodbye, she asked Mummy if she could go with her.

“Not this time, Baby, you’d be bored anyway. It will just be me
and Pattie chattering away as usual. You and Daddy could play your chasing
game like you used to. I haven’t seen you two laughing together once
since I came out of hospital. Daisy’s fast asleep in her cot so you
don’t have to amuse her. Have some fun.”

Then Mummy disappeared, leaving Georgie sitting on the edge of the settee,
holding tightly on to her book. Should she stay where she was and keep
quiet, hoping not to attract the monster’s attention? Tingling fear
crept its way up her tense body, switching her mind on to red alert. Maybe
she could creep outside to the front garden and play five-stones in the
lane. Somehow, she would feel safer outside. She would still hear Daisy if
she woke up, so at least she’d know her little sister was safe. Yes,
that’s what she would do. She crept into the hallway and slipped her
coat off the stair post. She would put it on once she was outside. She
walked quietly over to the front door, holding her breath, but as she lifted
her hand to turn the knob, she jumped at the sound of the monster’s
voice.

It took all Georgie’s control to stop her voice quaking as she turned
to him.

“Just going out to play five-stones in the lane.”

He approached her, took her coat, and put it back over the stair
post.

Georgie immediately obeyed. She remembered his threat and knew that she had
to protect her little sister. He followed closely behind. At the top of the
stairs, he guided her into the bathroom and locked the door behind
him.

“Kneel down in front of the toilet.”

She obeyed. He loosened his trousers, and she immediately knew what she had
to do. He approached her.

Afterwards, he left the bathroom, leaving Georgie vomiting down the toilet.
When she’d finished, she flushed away the proof of her action, rinsed
her mouth out with water from the washbasin, and quietly exited into her
bedroom to check that Daisy was safe. Pale-faced and trembling, she knelt on
her bed to look out of the window and down the lane where she knew her mummy
was. She didn’t notice the monster return quietly to her room, so his
loud whisper made her jump.

“Get back downstairs to your book, now.”

Georgie was paralysed to the spot for a long moment. Was he going to touch
Daisy? Then she felt the harsh grip of his hand on her arm, pulling her off
the bed and guiding her out of her bedroom and down each step, including the
creaky one, until she found herself shoved back onto the settee. He picked
up her precious dancer book and for a painful moment she held her breath,
fearing that he was going to destroy it. Instead, he pushed it into her
hands before turning away and returning to the kitchen. Georgie was numb.
She sat there for several minutes, clinging on to the book, knowing that she
didn’t have the option of crying, because her mummy would notice her
red face and swollen eyes. Suddenly she heard the front door open and saw
Mummy enter.

“Don’t tell me you’re still reading that same old book of
yours, Baby?

Georgie used every bit of her willpower to force a smile onto her face as
Mummy took off her coat and placed it on the stair post over Georgie’s
coat. As she did so, there was a small cry from Daisy, and Mummy tripped
upstairs to retrieve her baby. As she came back downstairs holding Daisy,
Georgie jumped up from the settee to meet them, immediately responding to
her little sister’s open arms and taking her from Mummy.

“Ger, Ger,” the child gurgled as Mummy smiled and headed
towards the kitchen, leaving Daisy with her big sister.

Georgie was happy to be distracted from what had happened by amusing Daisy
for the rest of the day and avoiding the monster in the process. It
wasn’t until she got into bed that night, and endured Mummy and the
monster coming up together to tuck her in, that she gave way to the silent
tears that she had been swallowing since the incident. As sleep eventually
overtook her, she decided that she would disclose her secret to Mummy and
beg her not to tell. She knew she couldn’t continue the way things
were.

As it happened, Mummy broached the subject herself. Georgie came out of
school on the Monday afternoon to find Mummy, with Daisy in her pram,
waiting for her as usual. As they were walking home, Georgie holding on to
the side of the pram handle and making Daisy laugh by repeatedly leaning
towards her little sister and pretending that she was about to tickle her,
Mummy spoke.

“Georgie, Babe, what’s wrong? Won’t you tell me why you
always look so serious these days? What’s happened to your bounce? I
really miss it.”

Georgie knew that this was her opportunity, so she took a deep breath and
keeping her eyes on the ground, she opened up to Mummy, who she knew loved
her more than life itself.

“He’s been doing things to me, Mummy, and I don’t like
it. He said he would really hurt me and Daisy if I told anyone.”

It was such a relief to get the words out that Georgie allowed the tears to
trickle down her cheeks and plop to the ground.

“What do you mean, Baby? Who has been doing things to you and what
has he been doing?”

“Gerald. When you were in hospital, he did things to me in my bed,
and made me do things that made me sick.”

“What are you talking about? Why are you calling your daddy Gerald?
What things did he do to you?”

“Georgie, daddies don’t do things like that to their little
girls. These are terrible things to say about your daddy. Where on earth
have you heard such things in the first place? Have you been listening to
the bad kids in the school playground?”

Georgie gulped. She was shocked into silence. Her own mummy didn’t
believe her.

“Georgie, I never want to hear you say such outrageous things again.
Do you hear me?”

Georgie’s eyes didn’t leave the ground. She knew it was
pointless arguing. She just nodded. The rest of the way home was spent in
silence. Even little Daisy went quiet as if she sensed that something was
wrong. 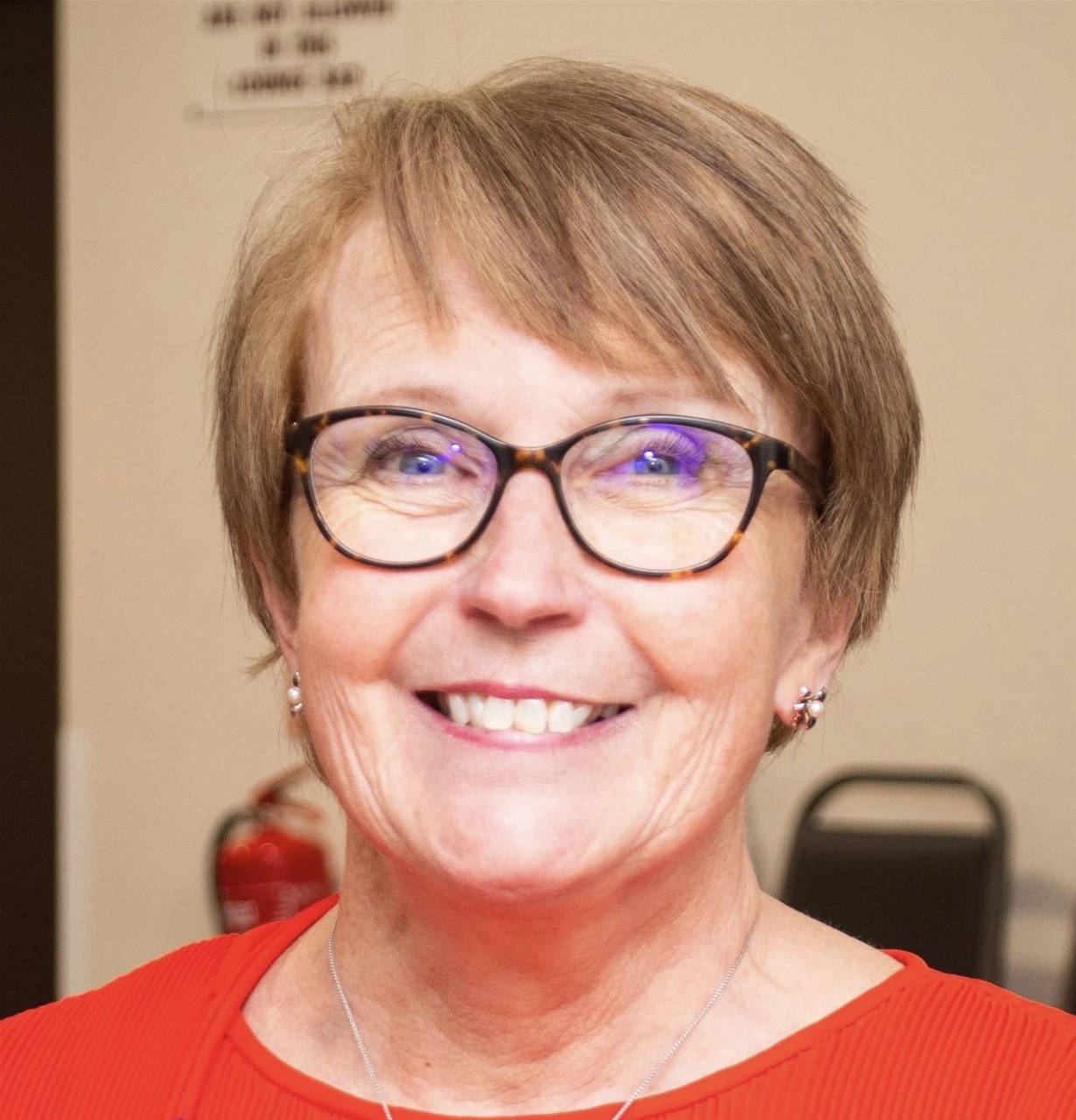 Gloria Eveleigh has three adult children and five grandchildren. She lives on England’s south coast but was born in South London just after WW2.
She grew up on a council estate, experiencing familial sexual, physical and psychological abuse within a dysfunctional family. Despite this, she did well at school and spent the first part of her career as a research
scientist. She then studied to become a social worker, specialising in the area of safeguarding, and eventually running her own safeguarding consultancy.

She is now a champion for survivors of abuse and uses her writing and regular posts on social media to ensure that the issue of abuse in all its forms is kept high in the public narrative. Through this, Gloria hopes to break down the wall of silence that often prevents victims from reporting, and in effect protects the perpetrators.

As a child when abuse was hidden, not believed, and not acknowledged, Gloria’s experiences resulted in an emotional life sentence. She managed to turn this around, and is now a champion for abuse survivors, using her writing and social media posts to keep the issue of all forms of abuse high in the public narrative.