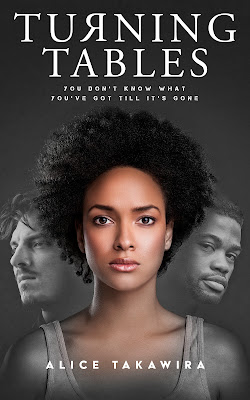 Two lovers. Two Continents. Two Cultures. One unforgettable love story.
Maita, a Zimbabwean graduate student, has returned to London on summer break with one goal: to reunite with Ade, her Nigerian ex-boyfriend. She made a terrible mistake when she broke up with Ade—and now she wants him back. On the flight to London, she meets Chris, a British gentleman who is instantly captivated by Maita and pursues her relentlessly.
When Ade rejects Maita’s efforts to rekindle their romance, she turns to Chris. As a couple, Maita and Chris are forced to confront racism, the complexities of an interracial relationship, and their insecurities.
But Maita has never forgotten Ade…nor has he ever gotten over her. Then, in a sudden turn of events, a determined Ade resurfaces and attempts to reconnect with Maita. But Chris is doubly prepared to keep her at any cost, unleashing a dangerous chain of events that will forever alter the course of all three lives.
How far will each man go to win her love?
Turning Tables explores the challenges and triumphs of multicultural and multiracial relationships—a poignant and engaging story of the power of love, missed opportunities, second chances, and the pitfalls of obsession.

Alice Takawira was born and raised in Zimbabwe. After receiving a bachelor’s degree in physiotherapy from the University of Zimbabwe, she relocated to London for work. In 2004, she moved to America to attend Emory University and graduated with a master’s in public health. Alice currently lives in Atlanta with her husband and two kids. When she’s not working as a geriatric physical therapist, or chauffeuring her children from one after school extracurricular activity to another, she enjoys relaxing with a glass of wine and binge-watching foreign-language dramas. Whenever possible, she likes to travel, taste exotic foods, and learn some words/ greetings in a foreign language.
Alice is the proud creator of the Verenga Girls Book Club on Facebook, a place to connect with fellow book lovers. To learn more about Alice and her work, visit: 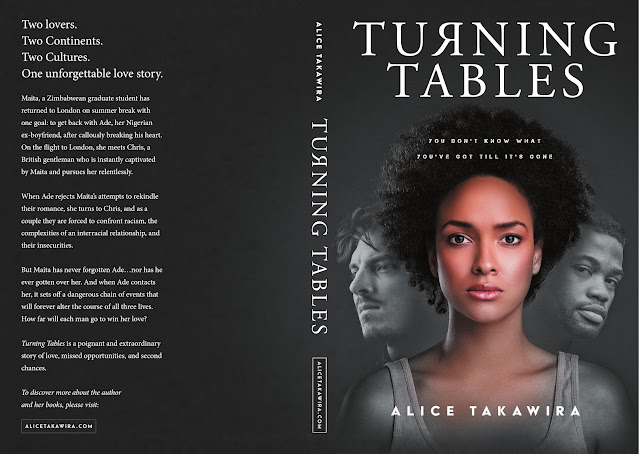 If you enjoy your thrillers with a sci-fi edge, you’re going to want to check out Rationality Zero by J.M. Guillen! Now available on Amazon!

A living weapon. An attack on the laws of reality. One chance to save the world.

Michael Bishop is a man who never dreams, who never gets ill. He lives his entire life oblivious to the truths hidden from him.

He is a tool in the hand of the most powerful organization on Earth.

Michael’s world transforms when They bring him online- when They activate the mysterious technology buried within his skull.

Then, the lies fall away. He becomes Asset 108. Using intricate technology, he defends humanity from the gibbering, tentacled horrors that haunt our world.

When mysterious renegades fracture the very laws of nature, Asset 108 is put into position. As the world begins to unravel, a cabal of madmen with physics shattering powers hunt 108 and his cadre, driving them into an alternate reality— a realm filled with inhuman horror.

Yet all too soon, things become far, far, worse.

Regular people, folks with normal lives, never dream of how strange their world could quickly become. When things get weird…

That’s where I come in.

Most of the time, things were simple. I lived the perfect life, my days drawn from most men’s fantasies. I didn’t work; I didn’t have to. I got a wire into my account every two weeks. It varied, but the amount surpassed what some people made in six months. Yet I didn’t know where it came from. The sources had vague names like VRS Solutions or Apex Enterprises, throwaway companies that disappeared the next week.

Some might call me spoiled. Yet it got better.

I drove a new sports car. A candy-red thing that got me all kinds of attention. My wardrobe was perfectly tailored to me and quite expansive. My apartment in San Francisco should have run over ten grand a month, yet I never paid a dime of rent. It had a movie room, three separate bedrooms, and a small library, not to mention the personal white room for my Facility gear.

I almost never spent an evening alone. I could have a different enchanting companion every night if I wanted. Or two. Not due to being a sleazy pickup artist, it was simply the way my evenings unfolded. I went to the right clubs, wore the right clothes. Before I knew it, I was dancing with someone like Caprice or her nameless friend. And the night’s enticements had just begun.

As I said, I lived most men’s fantasies.

There were other things though, odd things.

I never got ill. Never.

I never remembered my dreams.

I never worked out, ate whatever I pleased, and remained incredibly fit.

I had no account with any public utility or phone company, yet I owned a phone and used electricity.

I never bought my clothes or books or other diversions. A metallic white board hung on my fridge. Just now, it had “Men in Black” scrawled across it, indicating I wanted the VHS. As soon as I left, I felt certain it’d appear, yet I’d never seen anyone come into my place.

When in torpor, I had no curiosity about any of this. They took care of everything. It was simple. I lived the perfect life.

Once active, I was a tool in the hand of the most powerful organization on Earth. I had access to devices and technology that literally shaped reality as we know it. We accomplished this through the alteration of laws we termed axioms. In actuality, axioms were an analogy for the various laws of physics, some yet to be discovered by mankind.

To Assets such as myself, the axioms of physics were weaponry. They might be bent or altogether broken while on assignment. The awesome technology responsible for that was an absolute requirement for what we did, the bare minimum of what we needed in order to come back alive.

Because dark, inhuman things lurked in the shadows of our world—things most people couldn’t even imagine. Our very reality was under siege by beings older than humanity itself.

JM Guillen was your average, everyday awesome writer just trying to make it in this modern, awful corporate dystopia. He knew he wanted to make wonderful, bizarre things, but how could he afford to make that happen? Every day, he sat about crying and drinking, trying to figure out what he could do.

THEN A RADIOACTIVE METEOR CRASHED INTO HIS BACKYARD! FROM OUTER SPACE!

While examining the fuming interstellar rock, unknowable emanations radiated into the very center of his being. These unearthly energies changed the very depths of him, granting him powers that no man can name, and no god could ever master.

Reeling from the influx of spectral energies, he stumbled back into his home, his eyes open. Now, an entire universe unfolded before him. Now, he saw the way.

HE STARTED HIS OWN EVIL PUBLISHING COMPANY!

Reality will never be the same. 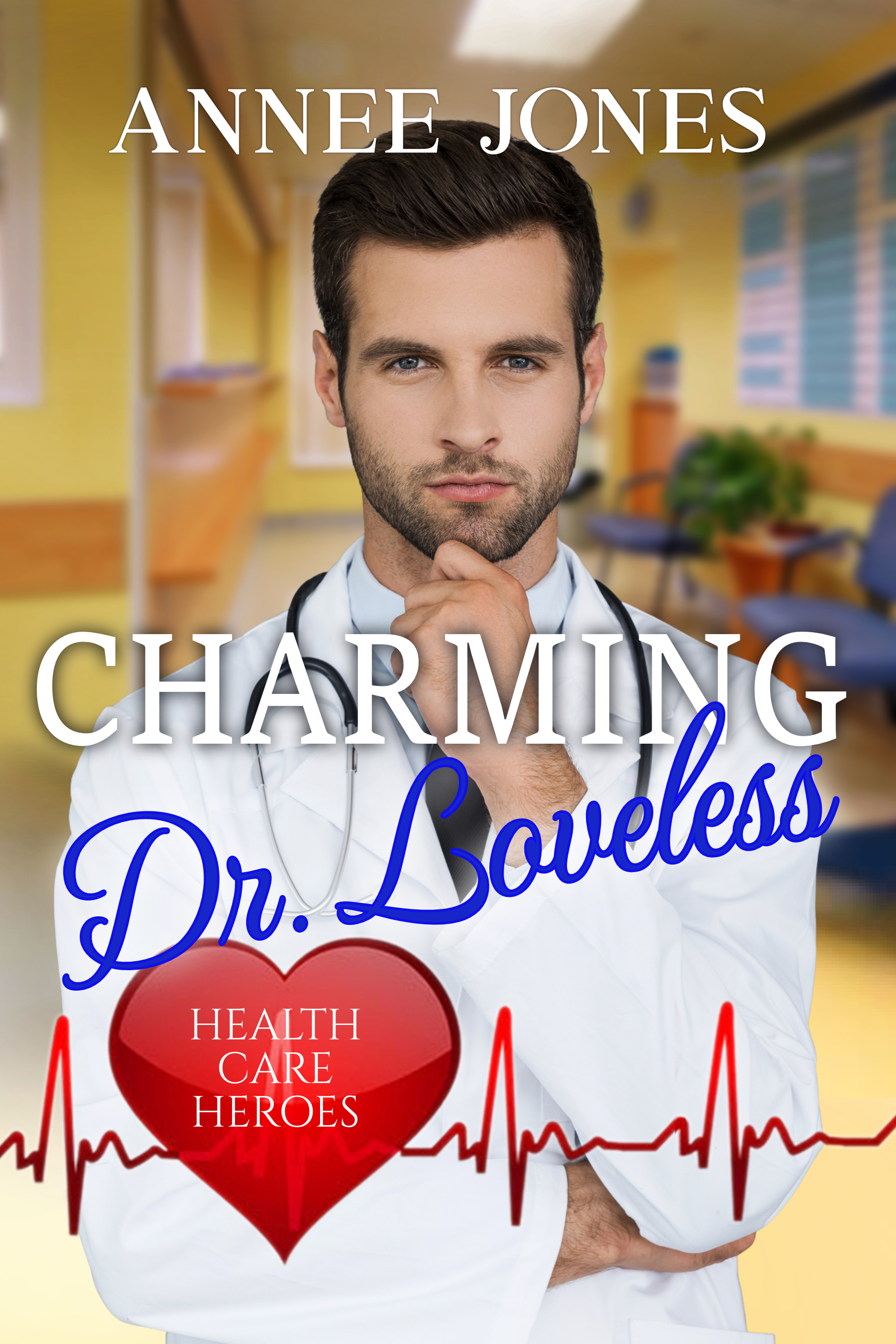 The more she pushes him away, the more he’s interested….

Kenzie McMillan just landed her dream job – she’s been promoted to Head Nurse at Mercy General Hospital and assigned to prominent cardiac surgeon Dr. Trevor Loveless. However, Kenzie soon wonders if she should have been more careful what she wished for, since the young doctor has an ego the size of Seattle. If only he weren’t so good-looking….

When Kenzie discovers that someone has been dipping into the hospital’s stash of controlled substances, she’s determined to identify the culprit. But she can’t do all the detecting alone… does she dare ask Dr. Loveless for help? Will she be able to resist the attraction between them?

A young man in a white lab coat slung over a crisp red button up shirt stepped out of room 1531. A medical resident? He turned around, and they made eye contact. Kenzie sucked in her breath. The man was downright the hottest guy she’d ever seen. He had thick dark-brown hair, bright blue eyes, and a chiseled jaw. He was probably around her same age, late twenties or early thirties. Even with the nondescript white coat on, she could see he was tall, lean, and muscular. Wowza. She’d have to do her best to avoid him – the last thing she needed was to fall for another sexy guy like that who would only end up breaking her heart. Finding Dirk in bed with his secretary four months ago was what made her decide to hunt for a new job somewhere else in the first place. She’d wasted five of her best child-bearing years with a man who was too handsome for his own good and look where it had gotten her. Twenty-nine years old, still single, and now living in a place where it rained 364 days a year. She wouldn’t make the same mistake again.

“Excuse me,” she said to the hottie. “I’m looking for Dr. Loveless. I’m his new nurse.”

“Yes, you knew I was starting today?” she inquired, confused. Perhaps the doctor had let the rest of the staff know to expect her.

“Of course, I’m Dr. Trevor Loveless,” he returned, his eyes narrowing as he tapped the tablet in his hand, bringing the screen to life. “And you’re exactly thirteen minutes late.” 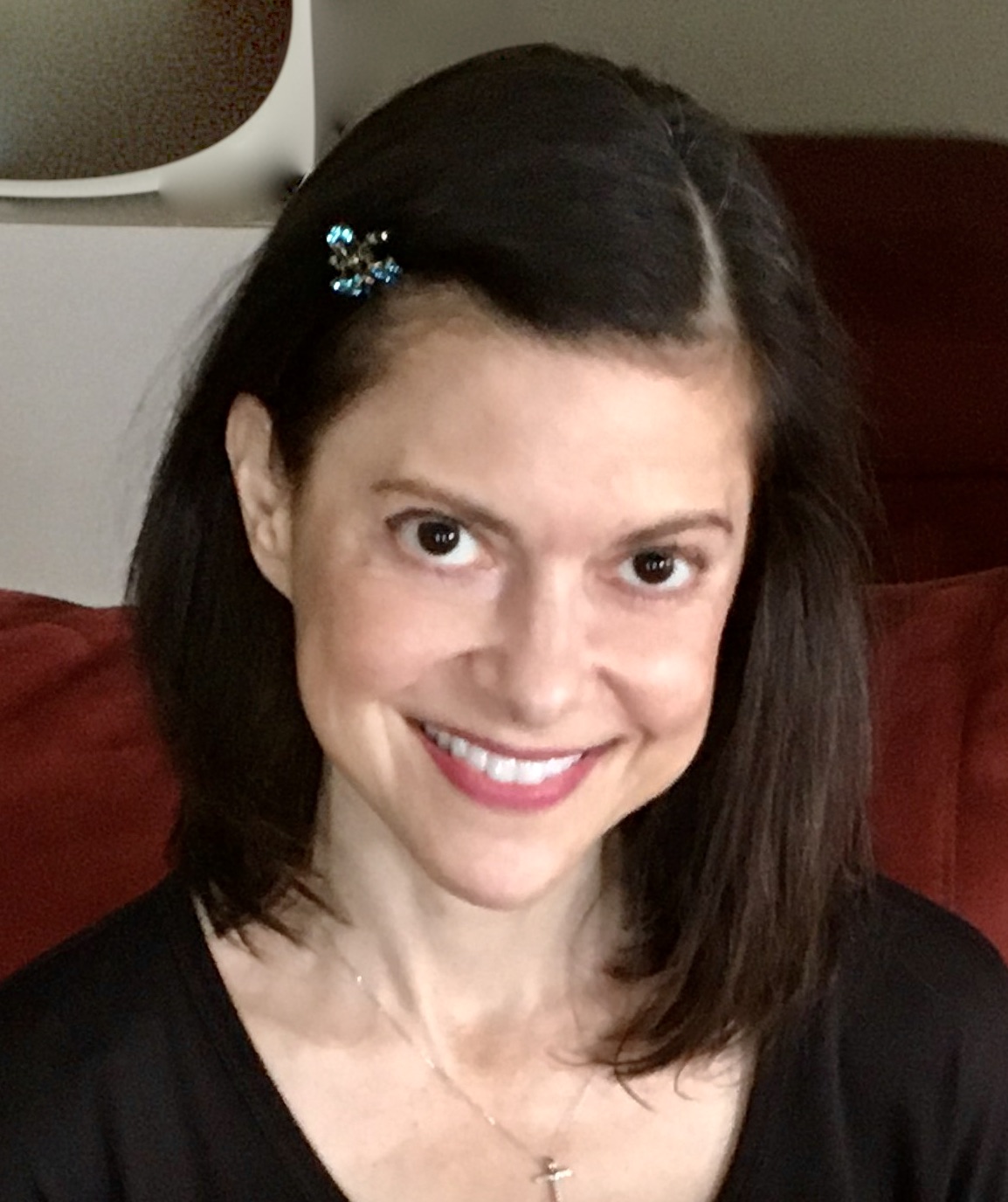 Annee Jones is a heartwarming romance and soon-to-be cozy mystery author who enjoys sharing her heart and imagination with others. She is passionate about writing stories that offer readers a place where dreams come true!

Professionally, Annee works as a disability counselor where she helps her clients navigate through complex medical and legal systems while rediscovering their wholeness in Spirit.