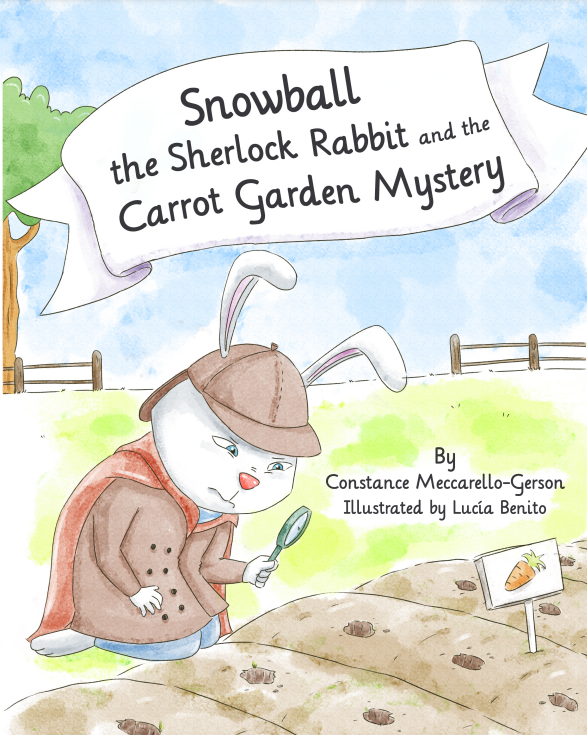 Snowball the Sherlock Rabbit in search of the villain crunching his way
through Grimly the Bear’s Carrot Garden. 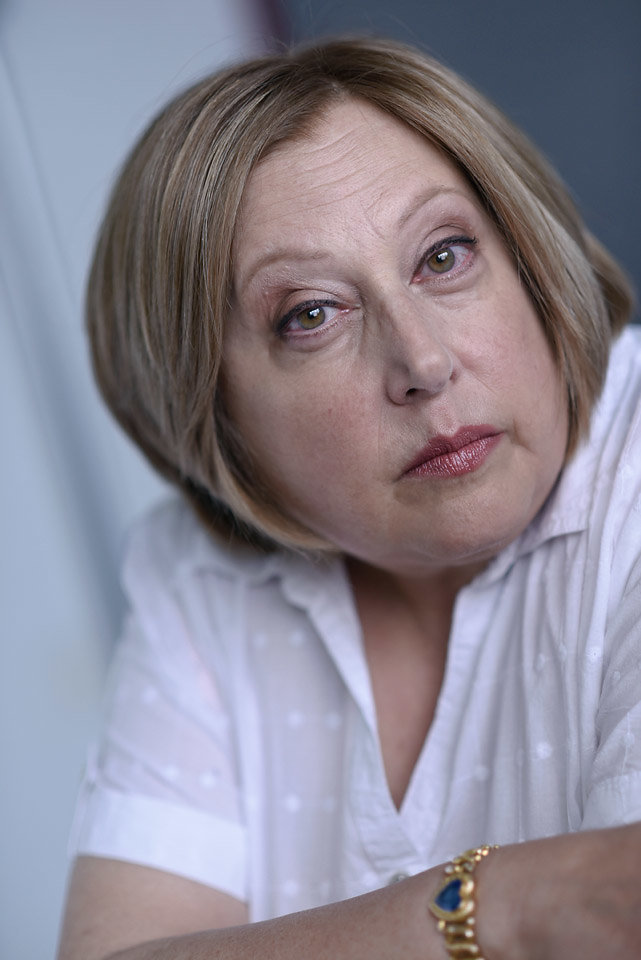 Constance Meccarello-Gerson was born in Poughkeepsie N.Y.  She is a graduate of Florida Southern College with a BA in Acting. She also attended the American Academy of Dramatic Arts. HB Studio, Actors Studio, in NYC.  She is a member of SAG, Alpha Gamma Delta, Alpha Si Omega. Her
MFA in Acting is from Brooklyn College.  She has appeared on TV, film, and on stage in NYC. For 20 years she taught as a mentor and teacher of English and Theatre arts for the New York City Department of Education and for the University at Santa Cruz. She also taught for ten years as a Speech Coordinator at Touro College. She was an executive at Bloomingdales. Her writing has appeared in Reflections, also in the Best American Poets series.  Her Hassle High cozy mystery series is on Kindle and Amazon.

Currently she lives in NYC with her husband Alain, a parrot named Benji, and
lots of fish.