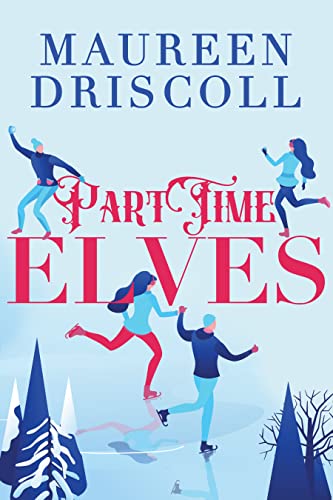 Harry Lundin has been leading a secret life ever since he was twenty-five years old. He just doesn’t know it. For the past seven years, he and thousands of others have been transported to the North Pole two nights before Christmas where they work as part-time elves, doing last-minute tasks before Santa makes his deliveries. When Harry and the others are at the North Pole, they remember nothing of their outside lives and before they leave their memories are wiped clean, so they remember nothing about the workshop when they get back home.

Harry strikes up a friendship with his North Pole co-worker Kelly Simpson and at the end of each shift, they pledge to remember each other in the outside world, but never manage to do so. Then one year, Harry’s memory is only partially erased. He finds Kelly, but she doesn’t remember a thing. Now it’s up to Harry to convince her they really are meant to be together.

PART-TIME ELVES is a stand-alone story about finding, losing and fighting for your soulmate.