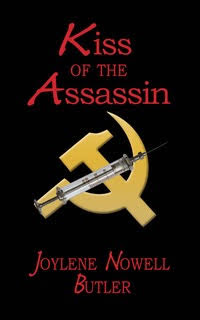 Today let me introduce you to an intriguing new release, KISS OF THE ASSASSIN, by author Joylene Nowell Butler.

KISS OF THE ASSASSIN
by Joylene Nowell Butler

Marina Antonovna, a Soviet spy, and Mateo Arcusa, an American homicide lieutenant first meet in Cambodia during the Vietnam War as enemies. Fearful that the most powerful man in the Soviet Union, KGB Chairman Vladimir Kurenkov, has ordered her death, Marina risks everything to defect to the United States.

She promises Mateo that her days as an assassin are over. Vladimir is determined to do whatever it takes to bring her back and, by threatening Mateo’s life, forces Marina to break her promise. 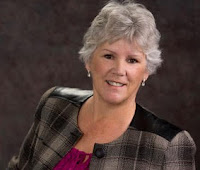 Joylene Butler lives with her husband in the tiny village of Cluculz
Lake in central B.C… She is the author of three suspense novels and a contributor to one anthology.

“…He flicked his goggles to his forehead, wiped at the sweat under his eyes, dismissed the strange smell introduced into the air and, under a three-quarter moon, watched Samo replace his goggles and slowly stand. They were six hours from extraction. General Vien glanced back at Mateo. Mateo nodded, and a smile of satisfaction crossed the General’s face. He rose and looked east. They were ten klicks from Cambodian’s border, ten klicks from affluence. Why shouldn’t Vien feel cocky?

Mateo glanced back at the men at his flank and faced Vien again. A single bullet buzzed past his ear. Then the air danced. He dropped to the ground. General Vien collapsed. Blood squirted from the gaping wound in his neck. Mateo crabbed toward him. Where the hell were the others? Bandage. Pressure bandage—Christ, the package wouldn’t open—Teeth. Teeth!

He saw the terror in the general’s expression and coaxed him not to speak. But Vien’s eyes pleaded. He looked like a man cheated, and reached up grabbing Mateo’s collar.

Mateo crammed the pressure bandage against Vien’s wound. Blood soaked his hand. Up ahead, the returning hammer of fire from mixed[…]”

Excerpt From: Joylene Nowell Butler. “Kiss of the Assassin.” iBooks.

Thanks so much for stopping by today during Joylene’s visit. Doesn’t this sound like an intriguing book, especially for the times we are in? 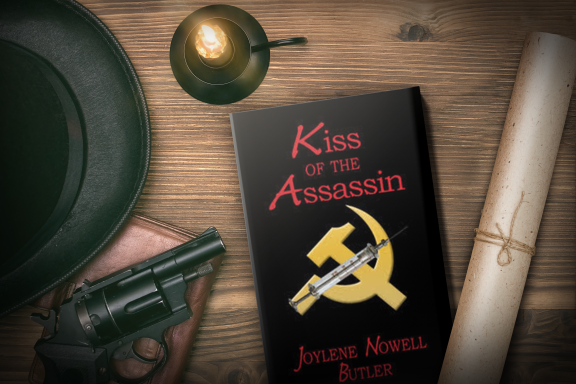