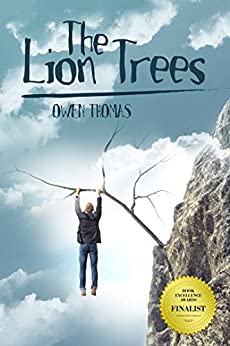 “THE LION TREES” — WINNER OF THE KINDLE BOOK AWARD!

What if survival required you to unlearn who you are? How far would you fall to save yourself? Sometimes happiness is a long way down.

The Johns family is unraveling. Hollis, a retired Ohio banker, isolates himself in esoteric hobbies and a dangerous flirtation with a colleague’s daughter. Susan, his wife of forty years, risks everything for a second chance at who she might have been. David, their eldest, thrashes to stay afloat as his teaching career capsizes in a storm of accusations over a missing student and the legacy of Christopher Columbus. While Tilly, the black sheep, trades her literary promise for an improbable career as a starlet, and then struggles to define herself amidst a humiliating scandal and the judgment of an uncompromising writer.

By turns comical, suspenseful and poignant, the Johns family is tumbling toward the discovery that sometimes you have to let go of your identity to find out who you are.

Highly addictive, spectacular, and mind blowing… Thomas is a wizard of fiction. — U.S. Review of Books

A sweeping literary saga in the traditional ‘Dr. Zhivago’, ‘Gone with the Wind’, and ‘The Thorn Birds’, this book has it all… original and stirring… –The Eric Hoffer Book Award 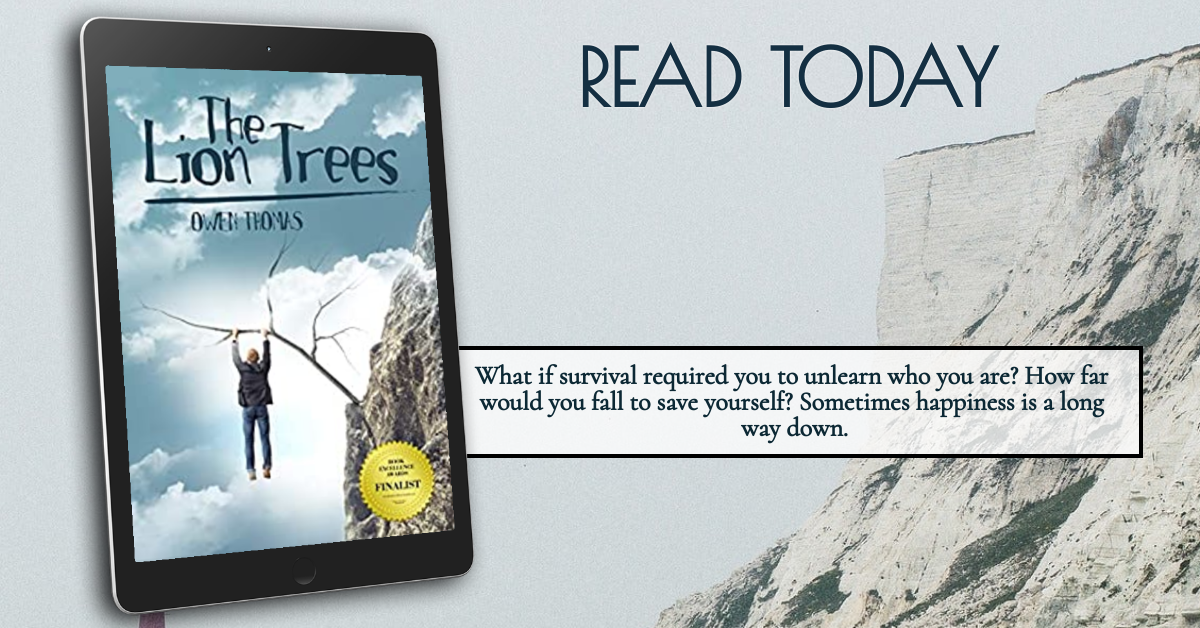 Owen Thomas is a life-long Alaskan and avid reader. He has written five books: “The Lion Trees” (which has garnered over sixteen international book awards, including the Amazon Kindle Book Award, the Eric Hoffer Book Award, the Book and Author Book of the Year, the Beverly Hills International Book Award and, most recently, a finalist in the 2020 Book Excellence Awards); “Mother Blues,” (a novel of music and mystery set in post-Hurricane Harvey Texas); “Message in a Bullet: A Raymond Mackey Mystery,” (the first in a series of detective novels); “Signs of Passing” (a book of interconnected short stories, and winner of fourteen book awards, including the 2014 Pacific Book Awards for Short Fiction, also named one of the 100 Most Notable Books of 2015 by Shelf Unbound Magazine); and “This is the Dream,” (a collection of stories and novellas that explore that perplexing liminal distance between who we are and what we want). Owen maintains an active fiction and photography blog on Facebook, Tumblr and on his author website at http://www.owenthomasliterary.com.

For the ninth consecutive year since he has been measuring his commercial success as an author, Owen has not won the Orange Prize for Fiction. Also, to great acclaim, he has not won the Man Booker Prize. Most recently, in April of 2020, Owen was not nominated for a Pulitzer.

Owen makes his home in Alaska, Arizona and Hawaii. When he is not writing, Owen can be found recreating and taking photographs in the grandeur of these wonderfully picturesque locations. Some of these photos are posted on Owen’s photo blog, 1000 Words per Frame.