When you buy murder online, who is there to stop you?

GCHQ agent Winter has just 14 days to bring down the website of a formidable criminal organisation before a teenager is tortured to death in front of an online audience of millions. Going deep under cover disguised as the paid assassin Snow White, Winter must infiltrate the inner circle of the extraordinarily powerful man at the heart of the dark web. This is a gripping, fast-paced ride through a disturbingly plausible technological future in which Callister’s protagonist must battle to bring down the terrifying crimes tearing through society.

Master hacker, highly intelligent, combat trained: Winter is a very modern spy. Worlds apart from the straitlaced characters created in the minds of Ian Fleming and John le Carré , Alex Callister’s lead protagonist wouldn’t dream of playing the part of the impeccable agent. However, despite her intimidating skillset, Winter is delightfully human and often prone to prioritizing her libido over her employer. Undeniably sexy and exceptionally accomplished, Winter is a true 21st-century heroine. 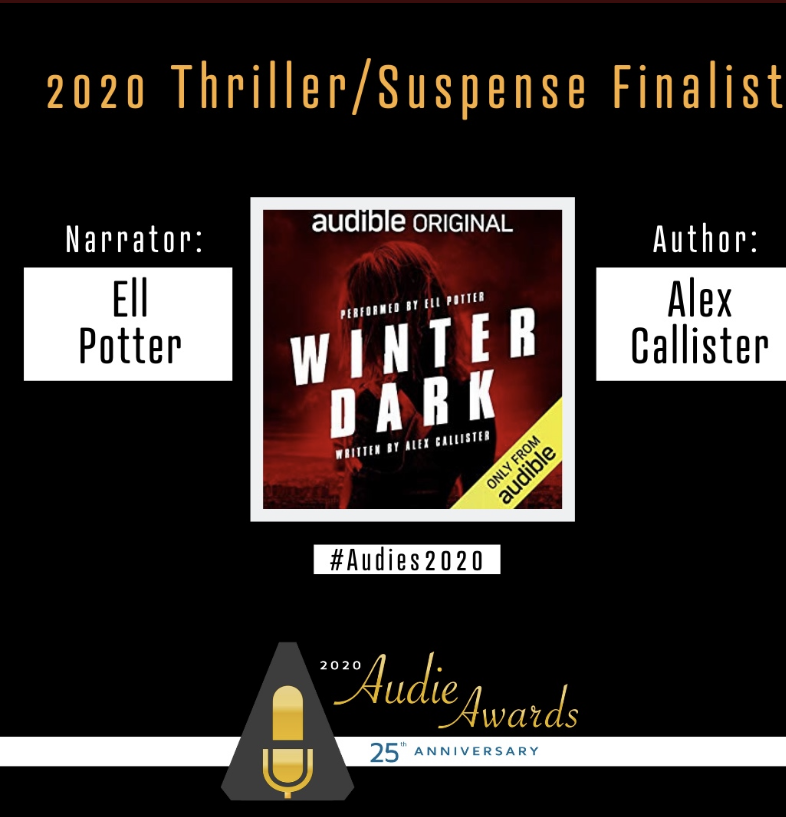 Alex is an action movie fan and her books are full of cult references and movie one-liners. Her kick-ass heroine, Winter, was inspired by Bond, Bourne, John Wick, Vin Diesel, Jack Reacher and many others. She has a history degree, a certificate in creative writing and a murderous imagination. She writes when she gets a chance, which is mainly at night between 10pm and 2am at home in London, with her three Bengal tigers. Her debut WINTER DARK was the Audible UK Thriller of the Year and was a finalist at the Audies in 2020.

Ell Potter is an actor, writer, and award-winning narrator. While training at LAMDA, she was named Audible’s ‘Breakout Star’ and her debut audiobook was subsequently nominated for an Audie. She has since recorded extensively with numerous publishers, winning multiple AudioFile Earphones Awards in the process. Her narrator credits include Hamnet, the Winter series, Dark, Salt, Clear (BBC Radio 4 Book of the Week), In At The Deep End , and little scratch.