A meeting of business minds under the mistletoe?

All marketing executive Giana Lockett wants for Christmas is to land an endorsement deal with Wynn Starks’s sports drink company. It’s tough being the baby girl in a family of alpha men, and this will finally prove her worth to the Locketts’ football dynasty. Also tough? Securing a meeting with Atlanta’s most elusive billionaire. Giana’s not giving up, and once she makes contact, the prize gets closer…and so does Wynn’s bed. The chemistry between her and Wynn is hot. But business is business, until pleasure changes all the rules… 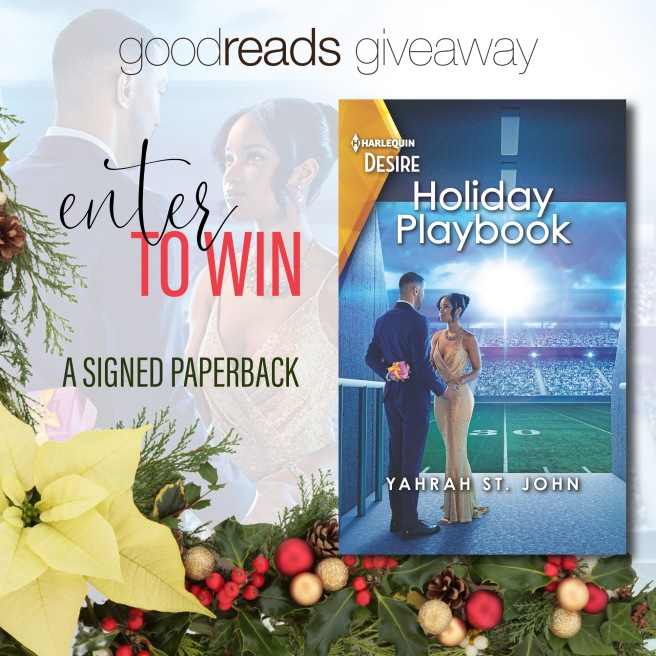 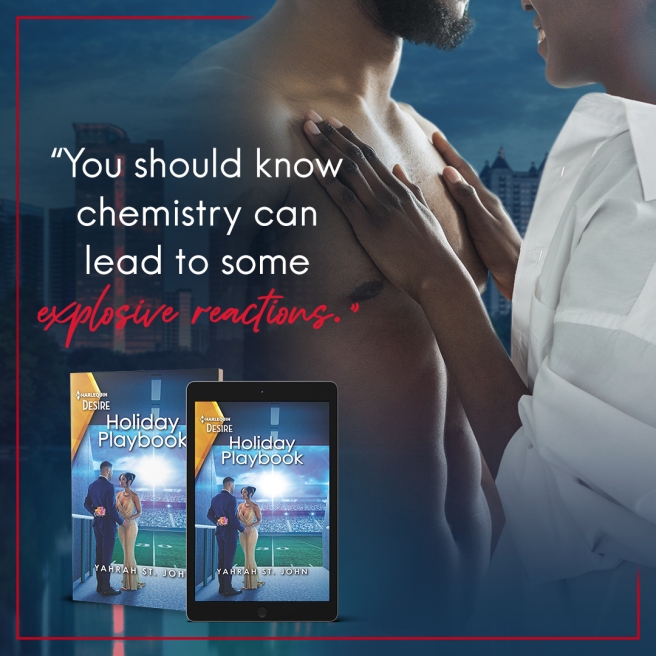 Wynn stared at her lips for what seemed like an eter­nity before he leaned in to brush his mouth across hers. The kiss was featherlight considering the rampant ten­sion between them, so Giana leaned closer for more. Their lips met again, and this time the kiss turned in­cendiary, causing adrenaline to surge through her veins.

Giana’s lips parted in an unspoken invitation, al­lowing Wynn inside. His tongue slid between her lips, tangling with hers, and Giana moaned. The kiss oblit­erated rational thought, and Giana forgot time and space. Instead, she exulted in his drugging kisses and craved the satisfaction his mouth could give. Wynn un­derstood, because instinctively, he deepened the kiss. Giana clasped her hands around the back of his head for a better fit.

What was it that made Wynn’s kiss different from other men’s? It wasn’t just a matter of technique, al­though Wynn knew exactly how to use his mouth, tongue and teeth. It was the passion, the all-consuming hunger, and Giana couldn’t do anything but grip his bulging biceps and hang on for the ride.

Wynn stirred her to a fever pitch, making Giana ache. When his knee nudged her legs apart so he could settle himself between them, her sluggish brain allowed it. That’s when she felt the press of his arousal against her, and her belly clenched in response. He moved his hands upward to cup the weight of her breasts in his palms. He gently squeezed the flesh, making her nip­ples tighten and causing a tumult of sensations to rush through her.

Giana was panting by the time Wynn wrenched his mouth away. His eyes blazed down at her as he brushed some wayward strands of her hair from her forehead. “I want you, Giana.” His voice had a sexy rasp that made her heart flutter.

That’s when his hands left her breasts and began moving downward while his lips trailed kisses down her ear to her neck. That’s where he stayed, causing Giana to clasp his lapels. Then she felt cool air against her legs. Wynn was lifting her dress and caressing her legs, steadily moving his fingers upward toward the soft flesh of her thighs.

“Part your legs for me, Giana,” Wynn whispered in her ear.

Giana closed her eyes. She couldn’t believe she was making out with Wynn in the elevator, but she did as he asked and shuddered when his hands slipped between her legs. “I—we—shouldn’t…”

“Oh, this tells me we should,” he murmured as he parted her folds and found her drenched. His mouth re­turned to hers while his hand continued with the most devastating intimate exploration Giana ever endured. She tried to fight the feelings, but it was a futile effort. Wynn’s touch was skillful, and her whole body stiff­ened as a powerful climax overtook her.

“Wynn!” she cried out as she came and convulsed against his hand.

When the shudders finally subsided, he murmured, “You’re incredible, Giana. I have a room upstairs be­cause I didn’t want to drink and drive. When we get there, I can make love to you properly.”

Giana felt as if he’d poured a bucket of ice water over her head as she came down from her high and realized the mistake she’d made.

She was thankful the elevator lurched downward then, and the lights flickered on, because it allowed her a few precious seconds to smooth down her dress and hair before the elevator doors pinged open. A tech­nician was there, but Giana didn’t even look at him as she rushed out of the car, through the lobby and out into the night air.

She jumped in the first taxi she saw. “Go. Go. Go!” she yelled. She had to get away from the scene of the crime as soon as possible.

Yahrah St. John became a writer at the age of twelve when she wrote her first novella after secretly reading a Harlequin romance. Throughout her teens, she penned a total of twenty novellas. Her love of the craft continued into adulthood. She’s the proud author of thirty-nine books with Arabesque, Kimani Romance and Harlequin Desire as well as her own indie works.

When she’s not at home crafting one of her spicy romances with compelling heroes and feisty heroines with a dash of family drama, she is gourmet cooking or traveling the globe seeking out her next adventure. For more info: www.yahrahstjohn.com or find her on Facebook, Instagram, Twitter, Bookbub or Goodreads. 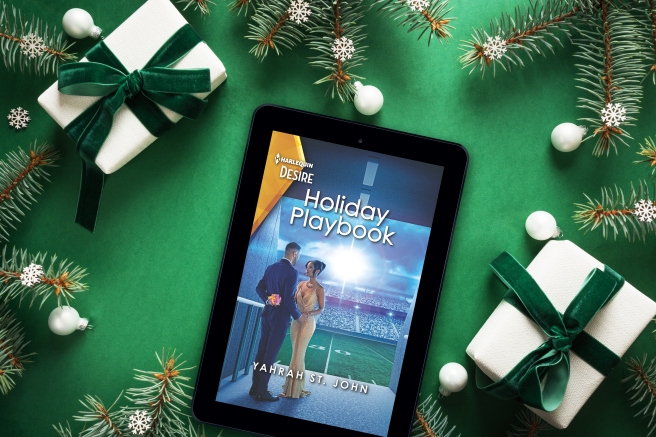