WINNER OF THE 2021 INTERNATIONAL BOOK AWARDS in the category of Fiction-Romance.

One woman.
Two men.
Both powerful. Both breathtaking. Both damaged. Both dangerous.
Both desperate to claim her as their own.
Enter if you dare…

Falling for a man like Jackson Wilder was not something I had planned.
He was wild, experienced and savagely beautiful. He was also damaged and dangerous. Our love was a cosmic collision of lust and obsession that left me scorched by exquisite flames of desire and domination.

Jack possessed me. He educated me. Loving him was the greatest pleasure I’d ever known… up until the moment I discovered the dark secrets he had been hiding.

I could never have imagined that pulling myself out of the agony of betrayal would lead me to reconnect with a former friend, Cameron O’Neill, scion of one of Manhattan’s wealthiest and most powerful dynasties, and sworn enemy of Jack.

Cameron’s craving for me was acute. The relentless force of his devastating masculine beauty and his powerful, controlled virility was dizzying. Desire colored his fierce gaze.

I knew it was wrong. Jack would never allow it. I had to do everything within my power to resist him, even when he pulled me down the rabbit hole where I uncovered dark truths about Manhattan’s most secret society that led me to the brink of madness…

Enter The Black Oak is a thrilling romantic suspense about the dangerous secrets kept hidden by Manhattan’s high society. It won the International Book Award for 2021 in the category of Fiction-Romance.

Enter The Black Oak will take you on a thrilling journey through lust, desire, betrayal and obsession that will leave you breathless by the end and desperate for more.

Enter The Black Oak is an homage to radical female strength and stunning masculine beauty. If depictions of powerful, beautiful, dominant but damaged men are not your thing, this may not be for you! 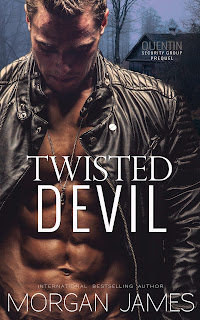 During the course of my career working for the FBI, I’ve learned that there’s no shortage of evil in the world. But occasionally we find something good, something worth fighting for. When a case takes me out of my way one morning, I spy Chloe behind the counter of a local coffee shop. Blonde hair, blue eyes, and a sweet smile that lights up my dark world, I know she’s meant for me.
Suddenly, she’s gone without a trace, abducted from the parking lot after her shift. There are no clues. No eye witnesses. And each minute that passes narrows the window of opportunity to bring her back to me safely. The clock is ticking, and I don’t have a single second to lose…
(Warning: Includes depictions of abduction, attempted rape, and other situations that may be uncomfortable for some readers.) 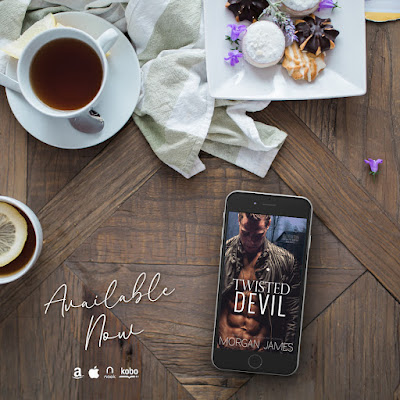 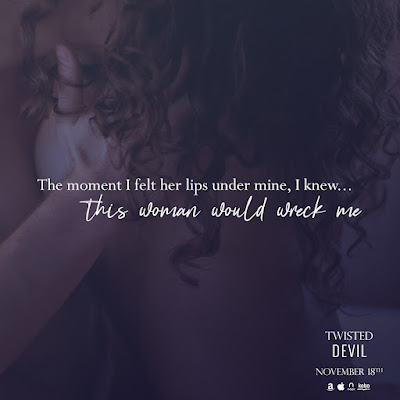 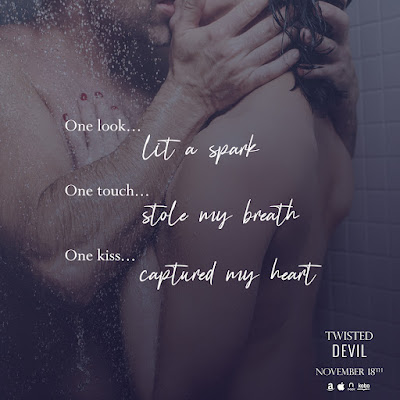 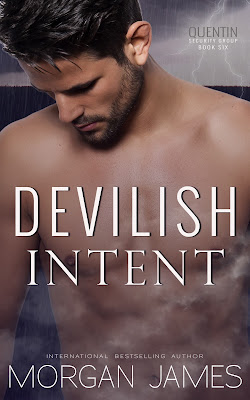 Morgan James is the international bestselling author of contemporary and romantic suspense novels. She spent most of her childhood with her nose buried in a book, and she loves all things romantic, dark, and dirty. When not writing, she loves to garden and bake. Morgan resides in Northeast Ohio with her own alpha hero and two kids. 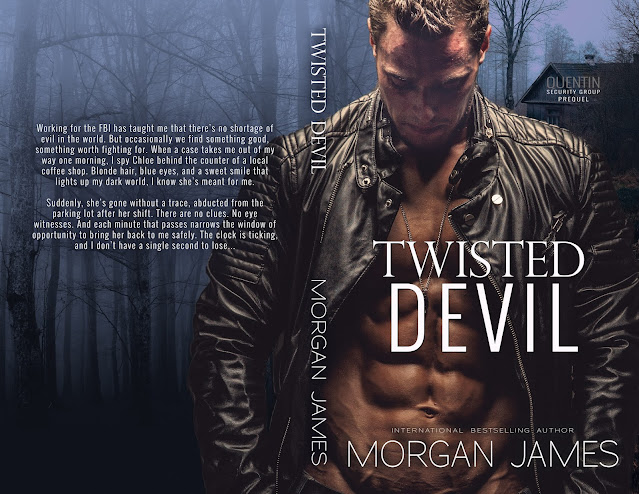 Ti’Yuon Par’Lee, the black sheep of his family, has been on his own for a while now yet longs to be amongst his siblings. The now renowned chef returns home to New York to bond with his family, only to find himself in an unexpected, heated exchange with a luscious bronze beauty that sets his soul on fire. Beautiful women came and went throughout his travels, but something was incredibly different about the sinfully sexy Petra Monroe. Ti’Yuon is instantly captivated will do whatever it takes to make Petra his. However, there was a slight problem: she’s weeks away from marrying another man. With the clock ticking, and the season of cheer to encourage his heart’s desire, could he convince Petra that he was the only man for her, or would she potentially lose the best thing that could’ve happened to her?

A managing consultant by day and martial arts fighter and instructor by night, Petra Monroe led the balanced, fulfilled life she’d always dreamed of. That was until the tall, muscular, albeit smug Ti’Yuon Par’Lee literally popped into her life and turned it upside down. To call him sexy was an insult. Ti’Yuon made her body sizzle with just one touch. His demeanor, arrogant. His touch, sensual. And his molten stare had her ready to climb beneath the sheets and submit shamelessly to their every desire. Except, he’d come into her life at that wrong time. Or was it? Maybe this Kwanzaa would bring her a different seven nights of pleasure.

Releases December 10! PreOrder for only

About Grumpy Special Ops Bear #2:
Whatever it takes, he will protect his fated mate.

War Fergus understands. As the alpha bear shifter in his pack, he’s highly trained in the tactical maneuvers of battle.
Matters of the heart are another matter.

He should be prowling the woods in search of the most dangerous wolf shifter he has ever encountered. Instead, he’s plagued by thoughts of Trinity… the feisty little bombshell his body aches for.

In theory, the human beauty is everything he longs for in a mate. Yet one thing stops him from claiming her as his own.

Why the hell would fate finally deliver a mate who is the sworn enemy of his kind?

A Continuing Story:
Grumpy Special Ops Bear is told in three installments, or episodes, like a TV show. Each episode, except the last one, includes a cliffhanger!

Hard-hitting veteran reporter Deuce Mora is awakened in the pre-dawn hours and called to the scene of a gruesome hanging to identify the body of a dear friend, an FBI agent on the verge of taking down one of Chicago’s biggest Mob operations. Deuce knows it’s murder, but the authorities have no choice but to call it a suicide – the death scene was triple-locked from the inside.

And with that, author Heller, a former journalist and frequent Pulitzer nominee, takes her place with Agatha Christie, Arthur Conan Doyle, and the great Edgar Allan Poe himself as one of the few authors ever to pull off a locked-room murder. In this one, half the fun is trying to figure out the locked-room puzzle. And the delight of finding one in a contemporary mob mystery.

The other half of course, is the tenacious Deuce herself, the tough, hard-boiled, and ever-human reporter who goes places the cops don’t even know about. And Heller’s intricate, action-packed mystery story.

The ill wind sweeping the Windy City has also whipped up two more unexplainable deaths – of perfectly healthy, able-bodied young mobsters,key witnesses about to flip on the top leaders of the Mob operation. Neither the Chicago police nor the FBI can come up with a cause of death – and they’ve looked at every kind of toxin – but our meticulous investigator, whose stock-in-trade is death-defying leaps of logic, fits together a couple of impossible puzzle pieces. The downside is that the bad guys figure out where their greatest exposure lies – and Deuce quickly becomes their new target.

Enter a Washington reporter who has been following the organized crime investigation for months at its source, in D.C. He and Deuce share a dark secret and he knows exactly where to apply pressure on her demons to keep her on the trail of her friend’s murderers. But as the Windy City begins to look more and more like the Chicago of Al Capone days, with bodies turning up in the river and shoot-outs in public places, Deuce discovers she couldn’t walk away even if she wanted to. Whoever is at the top – and this is Chicago, so the top is always way up – will stop at nothing to shut down this investigation.