A young woman embarks on a dangerous journey to bring a killer to justice.

Kayla is newly-engaged and excited to break the news to her parents during a visit for winter break before her final semester at Princeton. As she enters her family’s living room, a home invader shatters her life forever, ruthlessly killing her parents and putting her in a coma.

Two years later, she still remembers nothing of the attack, just that she kissed her fiancé goodbye before opening her family’s front door. Her fiancé thinks she’s dead and has moved on.

A suspicious house fire convinces Kayla it’s time to dump her witness protection program to embark on a dangerous quest to bring the murderer to justice. She and her best friend Martin follow clues that take them from the mountains of Arizona to Washington, D.C., straight into the killer’s lair. Will Kayla succeed in her quest, or will she and Martin fall victim to the ruthless assassin who stole everything Kayla loved?

Nowhere to Hide is the explosive first book in the Kayla Walsh Mystery Suspense trilogy. This fast-paced read is one you won’t want to put down from beginning to end. If you like the suspense of Willow Rose and the plot twists of Kendra Elliot, you will love Karen Randau’s clever, nail-biting Kayla Walsh series. 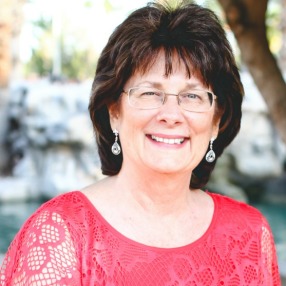 A native of the American southwest, Karen authors mysteries, suspense, thrillers with plenty of intrigue, actions, and twists with a dash of romance. Her protagonists are strong women with the grit to take matters into their own hands. She the outdoors, baking, and her family.