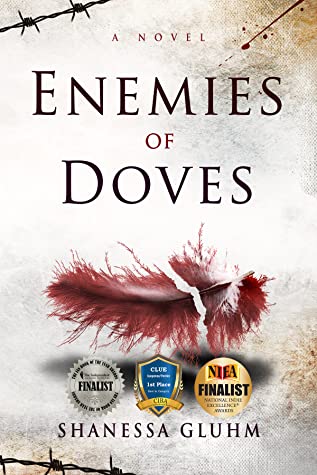 On a summer night in 1932, twelve-year-old Joel Fitchett wanders into an East Texas diner badly beaten and carrying his unconscious brother, Clancy. Though both boys claim they have no memory of what happened, the horrific details are etched into their minds as deep as the scar left across Joel’s face.

Thirteen years later, both men still struggle with the aftershocks of that long-ago night and the pact they made to hide the truth. When they find themselves at the center of a murder investigation, they make a decision that will change everything. A second lie, a second pact and for a time, a second chance.

In 1991 college student, Garrison Stark, travels to Texas chasing a rumor that Clancy Fitchett is his biological grandfather. Clancy has been missing since 1946 and Garrison hopes to find him, and in doing so, find a family. What he doesn’t expect to discover is a tangle of secrets spanning sixty years involving Clancy, Joel and the woman they both loved, Lorraine.

Told in alternating timelines from World War II to 1992, Enemies of Doves is a tale of family secrets, jealousy and deception perfect for fans of Kate Morton and Allen Eskens.

I’ve read some amazing thriller and suspense stories this year, but the historical mystery, Enemies of Doves, takes the mid-year prize!

After losing his parents to tragedy in 1991, Garrison Stark finds himself on the journey of a lifetime after trying to piece together the ramblings of his grandmother. He’s losing her to dementia so he must find his own answers.

Tom Fitchett may be a prominent dentist in his small Texas town in 1941, but to his sons, Joel and Clancy, he’s an overbearing tyrant who’s never satisfied with anything they do. Older by almost two years, Joel is the responsible one always charged with looking out for his brother.

Being the responsible one will lead to life-changing trauma for Joel, just as serving in WWII will change the carefree, self-serving Clancy.

Loved Joel. He was a sympathetic character who took on burdens that weren’t his to shoulder, most by choice because it was his nature, and others forced upon him by his father and brother. I didn’t care for Clancy for much of the story. He was the golden boy trouble always eluded.

Or so it appeared.

Lorraine Applewhite? She too was too self-centered for far too long. It’s easy to say she was caught between two brothers, but to me, Lorraine put herself there. Joel didn’t deserve that.

I’m not one for dual timelines, but this one was perfection with the fifty-year time-span moving forward in tandem with the present. Garrison’s search will cause time to collide, unlocking a lifetime of secrets, and THE PLOT TWIST OF 2020!

Stellar writing and well-developed characters make this read one to not be missed. Because… that plot twist and the doves!

One thought on “#BookSale “Enemies of Doves” by Shanessa Gluhm”