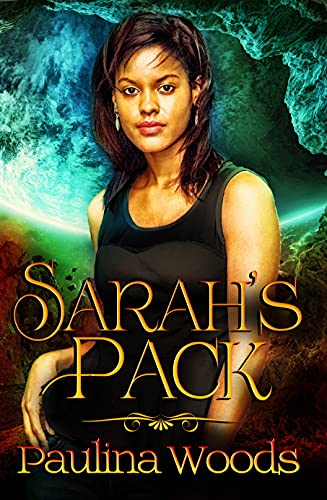 Sarah knows there’s safety in numbers. That’s why after the government fell, many people banded together to form caravans. When her mother had joined Cedric’s caravan years before, she believed she was giving her daughter a better life. But soon after Sarah comes of age, she learns the truth—women are nothing more than breeding stock.

Faced with the possibility of her unborn child being taken away and raised by strangers, Sarah has no choice but to escape. Alone in the wilderness, she’s hungry, tired, and has no idea how to survive on her own. From finding a caravan who accepted her without reservations to being whisked across the stars to a slaver’s planet, her life, and the life of her unborn child, take a turn for the worse.

Dagan is Alpha of his pack and Alpha Prime Heir of his species. His triad is strong and ready to stand behind him as he challenges his sire’s outdated views of keeping their species pure. With the downturn of female births, he fears they will never find their own Spark. His only option is leaving the planet.

Dagan sees Sarah standing on the slavers block looking defiantly out at the crowed and everything in him roars MINE! There isn’t anything he wouldn’t do to possess the beauty, and when he notices she’s with pup, he has no choice but to rescue her and bring her into his triad as their missing Spark.

Sarah finds herself claimed by three powerful males who promise to protect her and her unborn child. Yet, she’s still hesitant to trust again. After all, what happens when the new wears off?