END_OF_DOCUMENT_TOKEN_TO_BE_REPLACED

There aren’t many things that scare tough-girl Raven Montgomery. However, the next Best Friends Challenge has her running in the opposite direction. What was she thinking? Her girls knew she’d never say no to a pact. But, when insecurities she thought she’d buried come racing to the forefront of her mind, she isn’t sure of anything anymore. Bryson is the most supportive husband a woman could ask for, yet despite his best efforts to dissuade her from worrying about the challenge, it isn’t working. Looks like she’s in too deep now, whether she likes it or not.

**For the best experience, it is recommended that you read the series in order.**

Just when Mikayla Summers is convinced dating her boss is a good idea, she discovers him having sex in the closet with someone else. Refusing to stick around for further humiliation, she escapes with the one other person affected by what happened, her now ex-boyfriend’s cousin, the sexy, Andre Caldwell.

Though Andre believed the feud between him and his cousin over, he wasn’t surprised by what happened. What is surprising is how much he’s attracted to Mikayla’s personality and charm. As he gets to know her better, he realizes there is more than betrayal bringing them together.

But the Caldwell feud runs deep, and when family obligations threaten the fragile connection between Andre and Mikayla they’ll both question if their love is real or a result of revenge.

99c at all online digital retailers! 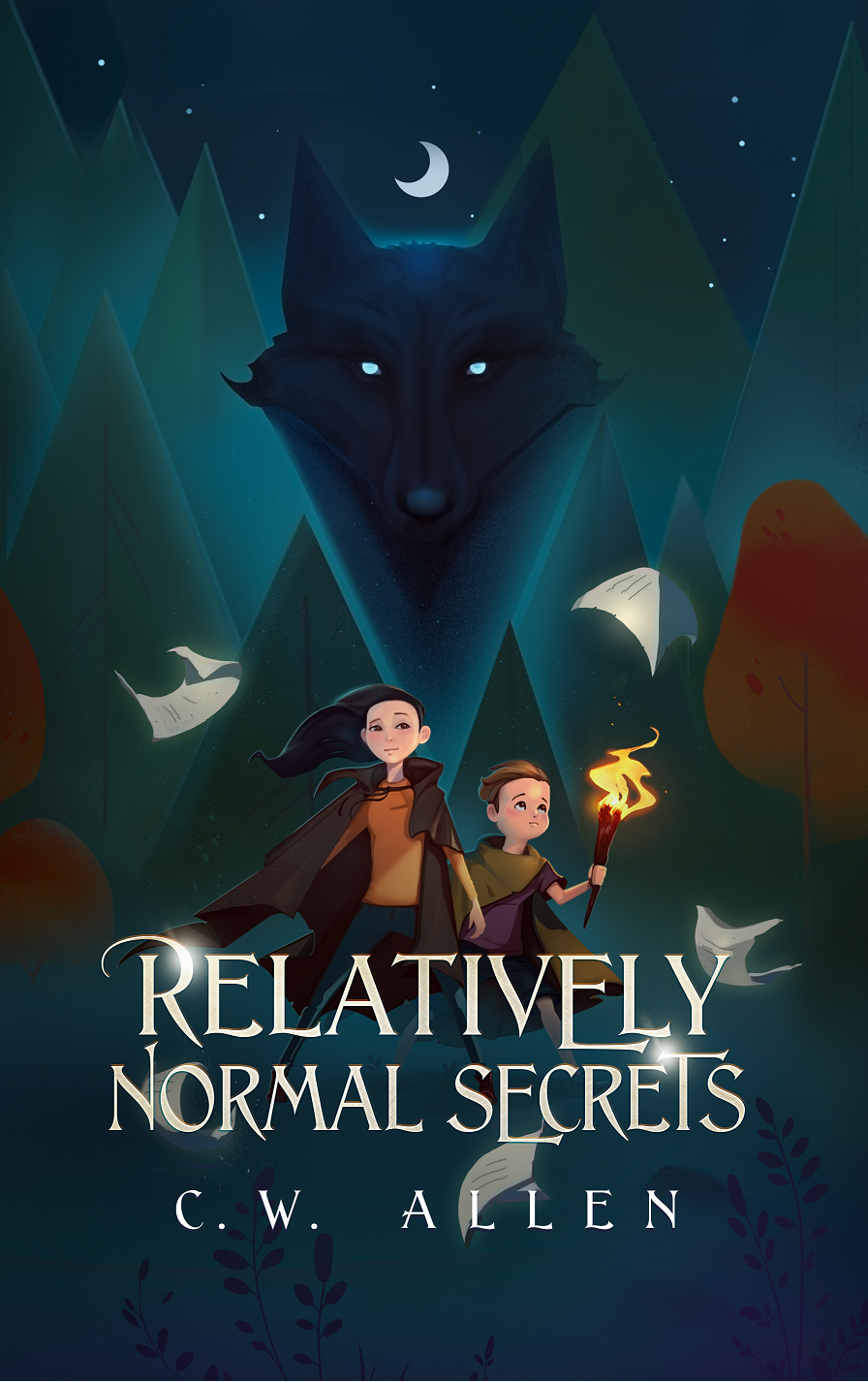 Tuesday and Zed Furst are perfectly normal children with perfectly strange parents. Their father won’t discuss his job, their mother never leaves the house without her guard dog, and the topic of the family tree is off limits.

When a last minute “business trip” gets the adults out of the way, Zed and Tuesday decide to get to the bottom of things once and for all. Too bad some thugs with shape-shifting weapons have other ideas. Their escape leaves them trapped in the modern-meets-medieval Falinnheim, where everyone insists their father is a disgraced fugitive. They hope whoever is leaving them coded clues may have some answers, but they’re not sure they’re going to like what they learn.

If they ever want to see their parents again, they’ll need the help of a smuggler with a broken compass, their unusually talented dog, some extremely organized bandits, and a selection of suspiciously misquoted nursery rhymes.

Zed and Tuesday may not have all the answers, but one thing is certain—when it comes to normal, everything is relative. 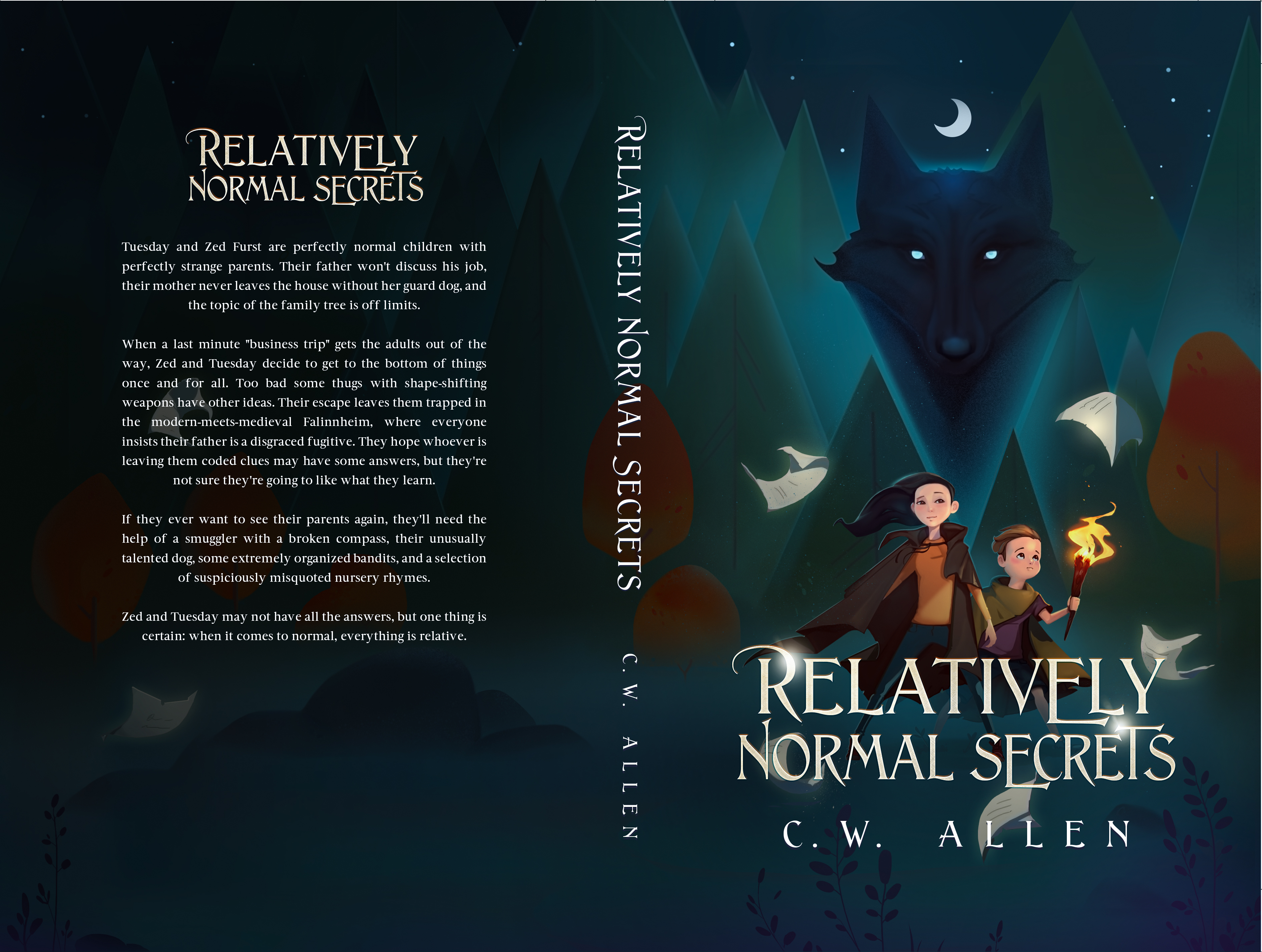 “It will only be for a couple of days. You and Tuesday are going to stay next door with Mrs. Alvarez until we get back. You’ll be at school most of the time anyway—you’ll hardly notice we’re gone.”

Zed doubted that. For one thing, unless Nyx was also invited along on this trip (unlikely), the dog was bound to spend the next two days pacing and whining incessantly. Nyx was rarely more than a few steps away from his mother, and any time they had to be separated for even a few minutes the dog fretted as if Mrs. Furst had been kidnapped by pirates or something. Two whole days might cause her a complete meltdown, which would be hard to ignore. It wasn’t so much that Zed minded his parents leaving—after all, Mrs. Alvarez was a sweet old lady who had been their neighbor his entire life, and had been delighted to watch them for shorter periods of time on many occasions. She’d probably spend the whole time insisting they eat third helpings of empanadas and hot chocolate. And his mother was right, they would be at school most of the time anyway. It was just…something didn’t seem right.

If Zed had expected his sister to share his misgivings, he was wrong. When Tuesday stepped off the middle school bus twenty minutes later and Zed informed her they’d be spending the next two days with Mrs. Alvarez, she acted like Christmas had come early. “Yes!” she gushed, punching the air in celebration. “Empanada time!” 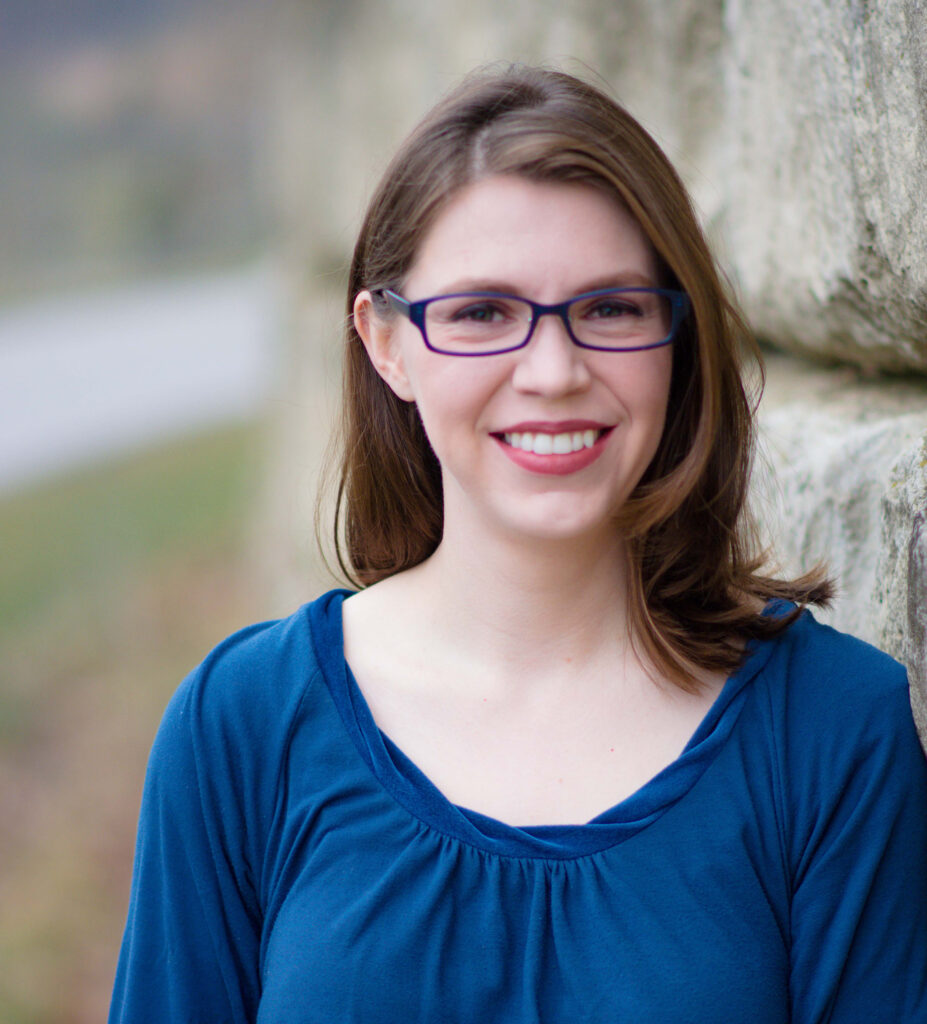 C.W. Allen is a Nebraskan by birth, a Texan by experience, a Hoosier by marriage, and a Utahn by geography. She knew she wanted to be a writer the moment she read The Westing Game at age twelve, but took a few detours along the way as a veterinary nurse, an appliance repair secretary, and a homeschool parent.

She recently settled in the high desert of rural Utah with her husband, their three children, and a noisy flock of orphaned ideas. Someday she will create literary homes for all of them. (The ideas, not her family.)

Relatively Normal Secrets (Cinnabar Moth Publishing, Fall 2021) is her debut novel. She writes fantasy novels for tweens, picture books for children, and short stories and poems for former children. Her work will appear in numerous anthologies in 2021. She is also a frequent guest presenter at writing conferences and club meetings, which helps her procrastinate knuckling down to any actual writing

When Gunner, a former military hybrid wolf shifter, returns home from war, he discovers that he can’t return to the way things were.

He now carries a dark secret that threatens to consume him, and if he doesn’t learn to control his inner beast, it will destroy any chance of happiness.

Desperate to escape his past, he leaves it all behind, looking to start a new life. But, when he winds up at a nightclub, it doesn’t take long before someone crosses boundaries and reveals his truth.

The sassy, curvy, lonely, shifter, beauty responsible for capturing his attention is no other than Celine Cooper, and she’s about to add a whole different set of problems to Gunner’s already complicated life.

Can their love survive when they come from different worlds?

Buy Gunner to dive into a world of special forces shifter romance today!

#FREE at all online digital retailers for a limited time!