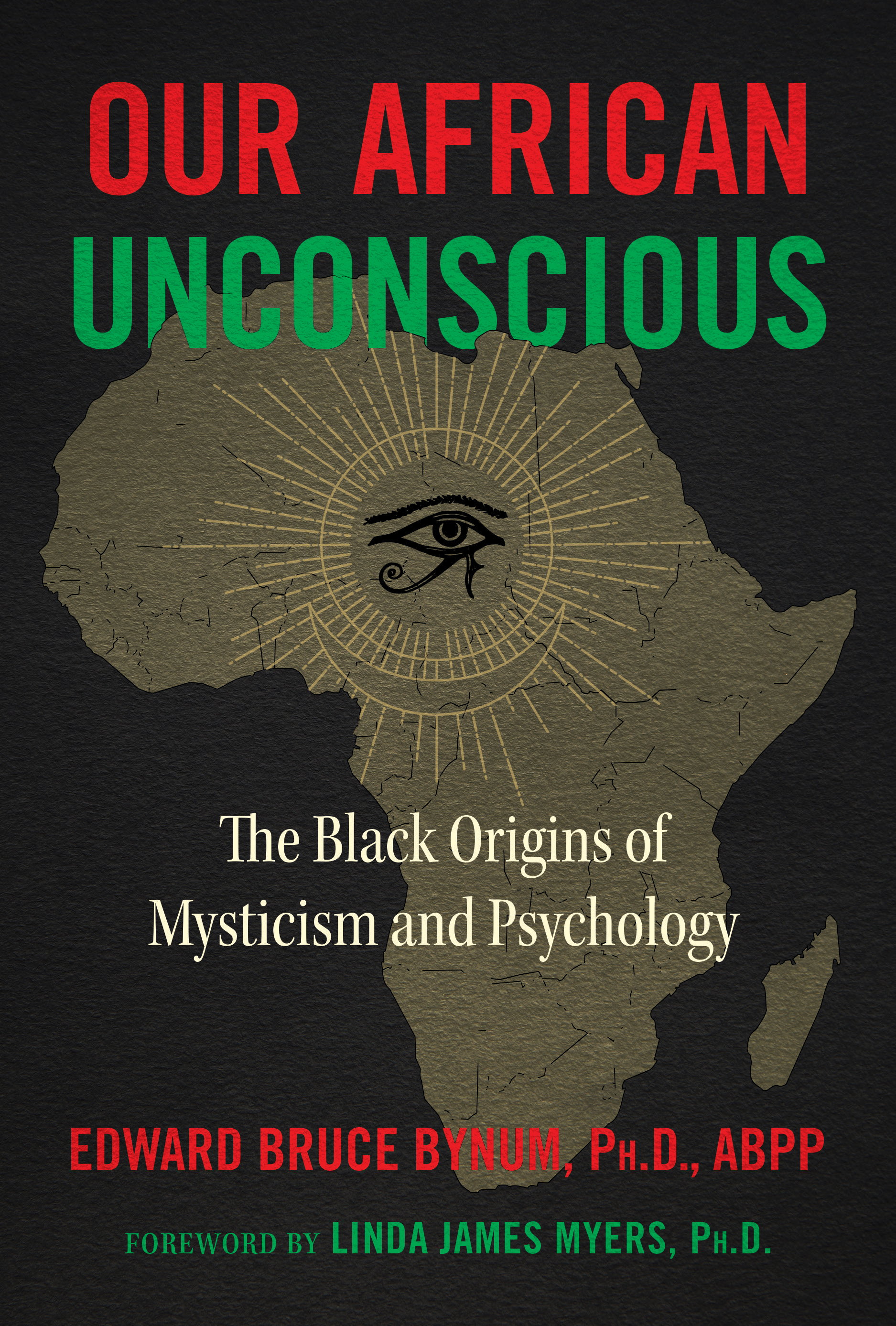 The Black Origins of Mysticism and Psychology

• Examines the Oldawan, the Ancient Soul of Africa, and its correlation with what modern psychologists have defined as the collective unconscious

• Draws on archaeology, DNA research, history, and depth psychology to reveal how the biological and spiritual roots of religion and science came out of Africa

• Explores the reflections of our African unconscious in the present confrontation in the Americas, in the work of the Founding Fathers, and in modern psychospirituality

The fossil record confirms that humanity originated in Africa. Yet somehow we have overlooked that Africa is also at the root of all that makes us human–our spirituality, civilization, arts, sciences, philosophy, and our conscious and unconscious minds.

In this African-revisioned look at the unfolding of human history and culture, Edward Bruce Bynum reveals how our collective unconscious is African. Drawing on archaeology, DNA research, history, depth psychology, and the biological and spiritual roots of religion and science, he demonstrates how all modern human beings, regardless of ethnic or racial categorizations, share a common deeper identity, both psychically and genetically, connected with a primordial African unconscious.

Exploring the beginning of early religions, spirituality, and mysticism in Africa, along with philosophy, art, and science, the author looks at the Egyptian Nubian role in the rise of civilization and the emergence of Kemetic Egypt, revealing how and why ancient Egypt was separated from the rest of Africa in the Western mind–despite it being the most sophisticated expression of the Mother Continent. He examines the Oldawan, the Ancient Soul, and its correlation with what modern psychologists have defined as the collective unconscious. Revealing the spiritual and psychological ramifications of our shared African ancestry, the author examines its reflections in the present confrontation in the Americas, in the work of the Founding Fathers, and in modern Black spirituality, which arose from African diaspora religion and philosophy.

By recognizing our shared African unconscious, the matrix that forms the deepest luminous core of human identity, we can learn to see and feel that the differences between one person and another are merely superficial and ultimately there is no real separation between the material and the spiritual.

The oldest human soul is an African soul. Rooted in anthropology, biology, history, and genetics, the mysterious ocean that is human consciousness is at bottom collective, luminous, and genotypically African in its genesis. We have mentioned in the previous chapter that the oldest known human race is an African race. This leads us to the intuition that the oldest, deepest, and most primordial level of human consciousness is that mode of consciousness the hominid species has been most preoccupied with in its 2.5 to 3 million years of existence. “Man,” in some variation of his present form, was in Africa from 2.5 to 3 million years ago and then, as Homo erectus, spread to the other areas of the world. Humankind carried out its first preliminary and earliest most sophisticated experiments within the African milieu. All the hominid variations, from the early and primitive lost pre-Australopithecines, to the Australopithecines we know of, to Homo habilis to Homo erectus and eventually to Homo sapiens, unfolded on the same continent shaped like a skull looking eastward on the planet like the mysterious sphinx. Their deep recurrent experiences, their racial memories are rooted in our own brains in a collective, primordial way. Indeed, from 2.5 million years ago hominid ancestors experimented in some conscious way with their own mental landscape and with branchings and diversifications unfolded progressively more subtle forms of intelligence. These branchings, approximately 150,000 to 200,000 years ago, criss-crossed in a single female human being, dark and Africoid, on a forgotten savanna. Perhaps 188,000 years ago an Africoid male wrote upon every Y chromosome his own unfailing signature. In a very real way, the roots of the collective hominid and the human unconscious are really a primordial African unconscious.