Always a pleasure to sit down with my guy, Paolo Sterling, even when he’s off his game.

The former DI is now Detective Chief Inspector but doesn’t feel any of the pride and sense of accomplishment such promotions usually bring. It’s been six months since his protegee and good friend, DS Dave Johnson was murdered, and Paolo’s grief is as painful as the day it happened. And it doesn’t help that the man he holds most responsible for bullying and goading Dave, DC Jack Cummings, has a target on Paolo’s back.

However, what I love most about the DCI is he trudges on.

The drug overdose of one young woman and the murder of another who believed she was being stalked appear unconnected. But when another woman goes missing, Sterling and his team find links to all three women, a local nightclub, a popular gym… and far too many shady, drug-dealing characters who could all be killers.

When Jack is brutally attacked while on a voluntary stakeout of the nightclub, Paolo’s stress and guilt are only deepened. He detested the man but he didn’t wish that kind of harm on him.

The assault on Jack—and the misguided rantings of his boss—are gut punches to the DCI that serve to spur him on to resolve the investigations… and find the missing woman alive.

Lorraine Mace does a superb job of taking us inside the mind of a sociopath twisted by his upbringing.  Raised by his equally psychotic and abusive grandfather whom he hates and the submissive grandmother he adores, this murderer never stood a chance. He’s almost a sympathetic character, except for the kidnapping and killing part.

CC—DS Cathy Connors—is a standout as Paolo’s new “partner.” She knows Dave’s death is with her boss daily, and she knows when to push and when to give him space while still being a stellar investigator.

Lydia, the ex-wife is still around. Grrr.  She was a coworker of the murdered woman and the reason Paolo got involved even before they knew she’d been killed. The murder heightens their concern for their daughter, Katy, off volunteering in remote villages in Africa and out of touch for weeks at a time. However, even without all the arguing and blame-placing, I’m still not a Lydia-fan. Meh.

Rebounding from his assault, Jack’s continued lies and machinations only serve to tighten the noose around Sterling’s neck and threaten his job. But the pragmatic detective has grown weary of being the whipping boy and does what he does best… solve cases. As I said, he trudges on, but with a lighter step and his confidence back in place.

This is another great installment in the Sterling series that delivers!

She clutches at control to cover her flaws. He wants to strip her bare because she’s beautiful.

Selina Moss hides a secret beneath her controlled happy exterior. Her body is covered in scars and she’s never revealed them to anyone. However, it’s her wedding night and husband, Benjamin Moss, is determined to strip down her barriers. Benjamin is not playing fair, not when he’s deploying breath-stealing seduction as well as mind-melting sex toys. But will he still want her when she bares all?

Her body is his to command, her heart his to win. Selina bared her body to her husband and allowed him to see her and touch her like no one else has ever done. When a member of the family visits, she realizes there is still so much about her husband she doesn’t know. Benjamin’s remorse about his family history drives his actions. Selina is his present and he’ll do whatever it takes to protect her from being contaminated by his past, including revealing the shame that burns his soul. But for Selina, finding out about Benjamin’s past means investing emotionally in a man who’s only going to walk away once their temporary arrangement comes to an end. Is she ready to bare her heart to him along with the secrets of their past?

His love possesses her. Will it protect her too? Benjamin has proven how much he cares about his wife, Selina. She pushed him to shred his iron control and bare his soul to her. In return he’s earned her much guarded heart as well as her body. But her past has finally caught up with her and scores will have to be settled before they can have a happy ending. Can Benjamin’s love protect her from those who seek to destroy both of them? Or will she finally lose the man who’s possessed her body as well as her heart?

Wow! If you thought the first book was adorable, check out the cover of The Littlest Dinosaur Finds a Home!

The Littlest Dinosaur Finds a Home

The Littlest Dinosaur is off on a new adventure. It’s time for bed, and the newborn dino has nowhere to lay down his sleepy head. Luckily, he’s got Ty The Tyrannosaur to show him the meaning of family and help him find a place to call home. 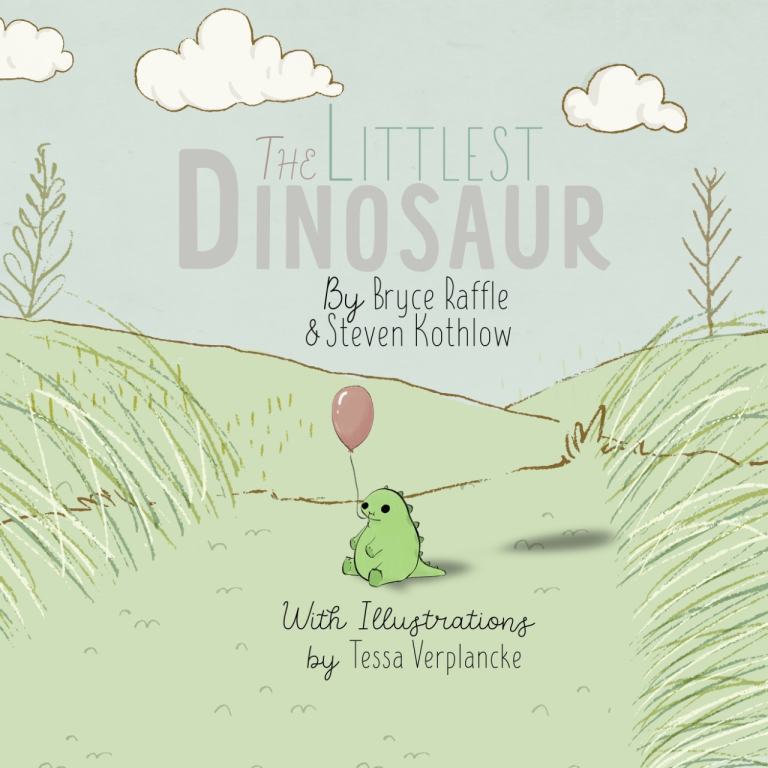 Ty, The Tyrannosaur just wants to make a new friend.

Sadly, the other dinosaurs are all afraid of his sharp teeth! So Ty must go on an adventure to find a dinosaur brave enough to be friends with a Tyrannosaur.

Steven Kothlow is making his debut as a children’s book writer. He hopes to tell many more stories that help spread a message of diversity and inclusion especially in children’s literature.

Tessa Verplancke is a sound designer by day and an illustrator by night. She lives to tell stories through as many mediums as possible.

LETHAL
A Prison Wedding
Psychology professor Risa Madsen was too late to stop her little sister from marrying incarcerated serial killer Ed Dryden. But it wasn’t until he escaped, and took sister Nikki with him, that the horror really began …

A Promise Broken
Years ago, FBI profiler Trent Burnell gave up a life with Risa to focus on stopping psychopaths. Now a killer Trent helped convict is stalking Risa and terrorizing her sister, and it’s up to Trent to take him out. But he can’t do it alone…


CAPTIVE
A Devoted Twin
She grew up in foster homes, dreaming of having a real family. Then Sylvie Hayes met her twin sister. It should have been a joyous reunion, but when Diana disappears from her own wedding, and the cops believe Diana herself is to blame, Sylvie vows to rescue her twin… no matter the cost.

A Secretive Stranger
Attorney Bryce Walker has his own reasons for wanting to find the missing bride. Reasons that involve a notorious serial killer. When he offers to help Sylvie, he never expects to fall for her. But will she ever forgive his dark secret?


FRANTIC
A Victim’s Vow
A killer kidnapped her… from her own wedding. Barely escaping, Diana Gale vowed to never be a victim again. That’s when the copycat came calling. Now Diana has no choice to put her life—and her trust—in hands of the fiancé she’d left months before.

A Cop’s Devotion
Detective Bobby Vaughan still loves Diana. But can he forgive her for leaving him? When his job demands he protect the woman who crushed his heart, he’ll have to put love and forgiveness to the test.


VICIOUS
The Convict
Ex-con Curt Tillman never knew his father. He only discovers he’s the son of notorious serial killer Ed Dryden when his old man escapes from prison and goes after the woman Curt loved… and lost.

The Child
But there’s more at stake. Melanie Fox never told Curt she gave birth to his son while he was behind bars. This is going to be one doozy of a family reunion.

The Ex
Years ago, stripper-turned-tavern-owner Nikki Sin married Ed Dryden in a prison wedding. Now that her former husband has escaped, she knows he’ll be coming. But this time she won’t let him hurt her. This time she’ll get him first.

The Killer
Ed Dryden has a lot to catch up on. But he’s a man with a plan. A plan he’s been working on for years. A plan that will rip his family apart in the most horrible way possible.

Born and raised in South East London, Lorraine lived and worked in South Africa, on the Island of Gozo and in France before settling on the Costa del Sol in Spain. She lives with her partner in a traditional Spanish village inland from the coast and enjoys sampling the regional dishes and ever-changing tapas in the local bars. Her knowledge of Spanish is expanding. To stop her waistline from doing the same, she runs five times a week.

Author of the D.I. Sterling series of novels, Lorraine has been engaged in many writing-related activities. A columnist for Writing Magazine, she has recently stepped down from writing two columns for Writers’ Forum and also her role as head judge of the magazine’s monthly fiction competitions in order to concentrate on her own writing. She is currently writing two standalone psychological thrillers for Headline Accent.

She also runs her own private critique and author mentoring service.