A Monster. A Missing Boy. And Nowhere to Run.

Welcome to the tour for the chilling debut by Drew Starling, Sentinel! Read on for more details and a chance to win a great giveaway!

HOW FAR WOULD YOU GO TO GET YOUR SON BACK?

Something is lurking within the woods just beyond the young Dreyer family’s new country home. And an evil that has been hiding in plain sight for centuries is about to emerge.

A neighbor is brutally murdered, their 4-year-old son goes missing in broad daylight, and the local town of Bensalem devolves into a cesspool of finger-pointing and chaos.

With nowhere left to turn, Aaron and Ellen Dreyer are forced to venture into the woods to find their son. But in the process, they uncover a force larger and more sinister than anything they ever could have imagined.

But from that nothingness, something arose. A click-clacking of claws on hardwood perforated the stillness. It started faintly and grew louder, closer, until a pair of glowing, yellow eyes suddenly stared back at him from the center of the room. Cooper’s eyes. Cooper stood there watching, alert. Aaron pushed himself up off the couch. “You okay? Come here.” But the dog did not heed his owner, instead lumbering through the living room to the front door. It, too, faced the front yard and the meadow across the street. “You need to go out?” With his nose an inch from the solid oak door and his eyes glaring right into it, Cooper’s ears pinned themselves back, and his upper lip curled, exposing a trap of lethal white teeth. His tail, which usually bounced along as he walked, divined itself straight down towards the ground, and his back legs began to quiver. Cooper glared at the door, slightly shaking, growling in a triggered rage. “Cooper, knock that off.” Aaron stood and faced the living room windows. Nothing seemed out of place in the front yard or the meadow, but Cooper continued to growl, his volume low enough not to wake Ellen or Caleb, but so downright out of place for a dog of his character that Aaron kept his distance. Then, like a photo somehow coming alive, a dark object moved on the perfectly-still canvas. A shadow at the edge of the pine forest on the right-hand side of the meadow pulled itself out of the thick black trees.

An Amazon bestselling author of horror and dark fiction, Drew Starling is a husband and dog dad who loves strong female leads, martial arts, and long walks in the woods with canine companions. He would like to think his plots are better than his prose, but strives to make his words sound both beautiful and terrifying at the same time. He listens to Beethoven, Megadeth, and Enya when he writes, and he’d be absolutely delighted if you’d consider joining his mailing list (which you can find a link to about one and a half mouse scrolls up this page). His only rule of writing: the dog never dies.

The Musings of a Final Girl (Spotlight) https://musingsofafinalgirl.wordpress.com/

Phantom of the Library (Review) https://phantomofthelibrary.com/

GIVEAWAY: SIGNED EDITION OF SENTINEL (US) OR BOOK PLATE FOR INTERNATIONAL WINNER!

“…it is simply a masterpiece! Well worth reading as an adult and as a YA.”
“My 12-year-old read this book, and she couldn’t put it down.”

If she fails, her sisters will die, demons will take over the world and she’ll get trapped in hell for eternity, so no pressure then…

Impoverished orphan Naledi struggles to raise her younger sisters in rural Africa. Her life already sucks but when she manifests the rare ability to open portals through time and space, her life gets a whole lot more complicated. Will learning to harness her powers piss off God and land her in hell? 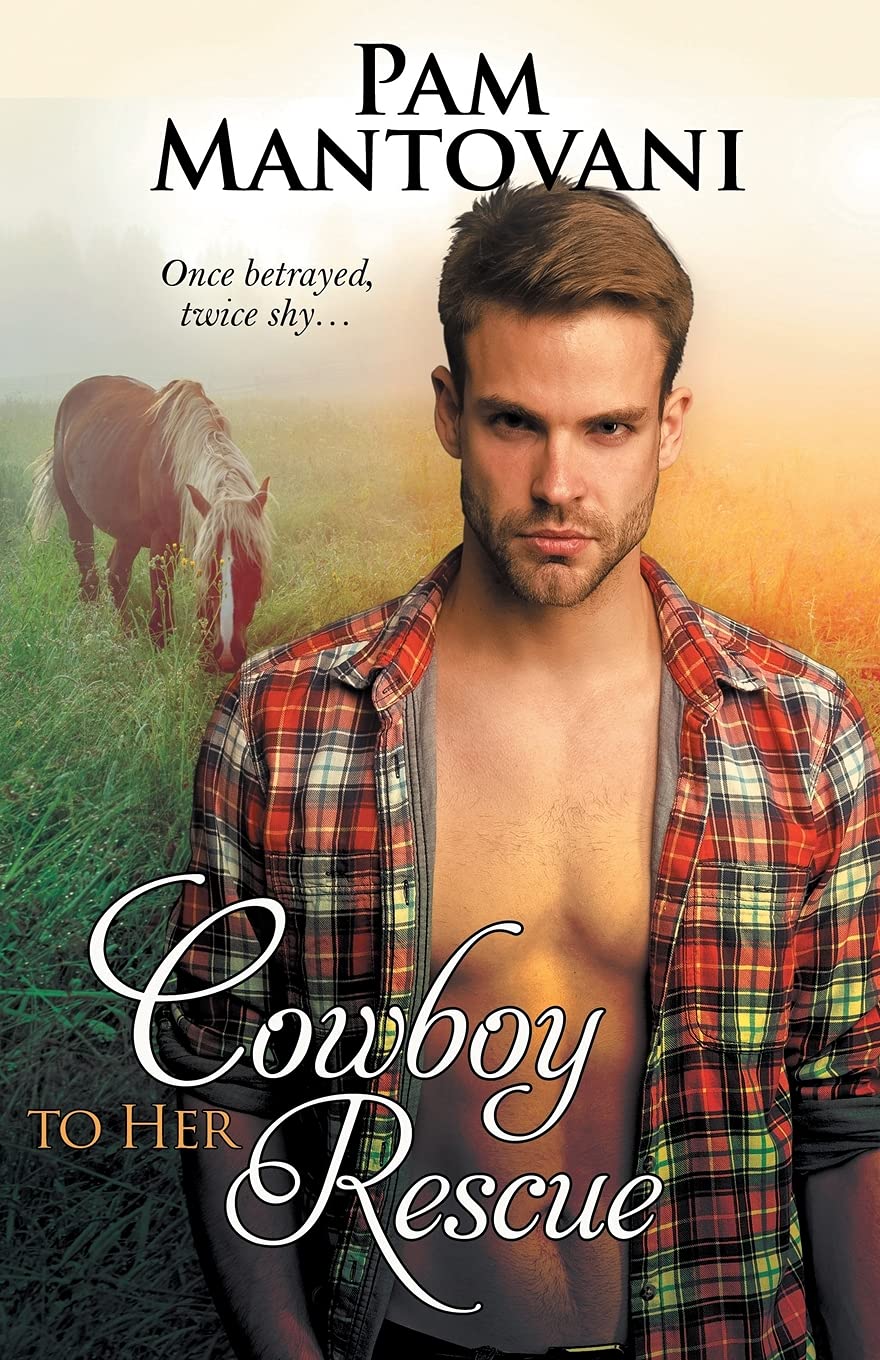 When a young soldier home on leave rescued Sydney Bishop from attackers, he also stole her heart. But, when he returned to active duty without saying goodbye, she was shattered.

As a way of overcoming his own wartime nightmares, Ryland built a ranching retreat in Montana. His goal? To give traumatized military families a place to heal. But the ranch desperately needs funding. Luckily, help comes through, in the form of Sydney’s mother, who’s kept tabs on her daughter’s first love over the years. Her foundation is more than willing to give him the cash he needs, but there’s a catch.

And if Sydney finds out, she might never think of Ryland as her hero again. . .

He slammed the truck to a stop. The seat belt, tight against his chest, jerked him out of the fantasy. His heart pounded, exactly as it had when’d felt her close tight around him when he’d eased inside her for the first time.

Swearing, he whipped his head around, saw her studying him. Her cheeks were flushed, her eyes wide, not with surprise, but with wonder. Exactly as they had been that single night.

God help him, he wanted her with a hunger he hadn’t felt in years.

They stared at one another, neither wanting to make the first move, both afraid of the consequences if they reached out and acted on the desire that stretched between them. How was it possible to be so powerful after all the years? After the way they’d parted?

“I think you missed the turn-off,” she finally whispered.

They sat, figuratively and literally, at a crossroads. If they went straight ahead, if they acted on this need pulsing between them, would it be a short trip filled with speed and rush? Or, if they turned right, would it prove to be a detour that eventually led to a roadblock?

“Sorry. I was daydreaming there for a moment,” he finally said, not attempting to keep the direction of his thoughts out of his voice or gaze.

“Were you?” she asked with a boldness that surprised him.

“I’m not sure it’s wise for us to go down that road again, Sydney.”

“I suppose you’re right,” she said, turning away from him. But not before he heard her soft whisper, “And that’s a damn shame.” 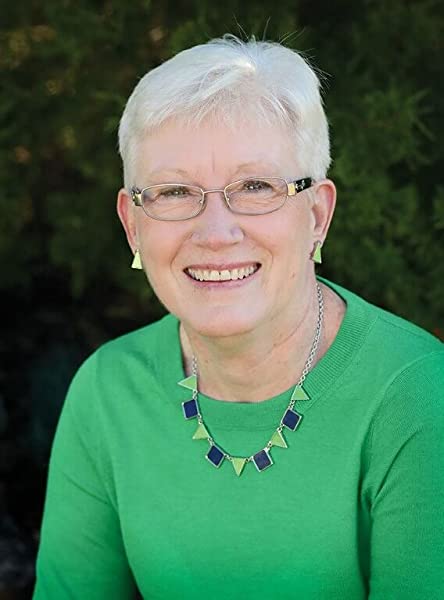 An author of passionate, emotional romances with heart, Pam loves crafting stories about independent women and men who discover the thrill and joy of falling in love. After years of moving as both an Army brat and corporate wife, Pam and her craftsman husband settled in Atlanta, close to family and friends. When not writing, Pam enjoys quilting, planting beautiful flowers, home improvement projects and spending time with her wonderful family. 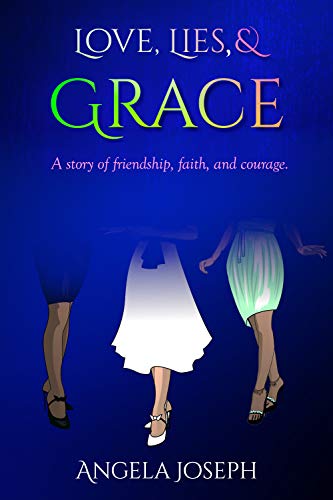 Grace’s life is one most women will envy. She is married to a wealthy banker who is loving and passionate and showers her with expensive gifts, but there is only one catch: they live in different states. However, Grace’s faith in God, her two friends with whom she shares her home, and her pet Papillon fill the void while she and her husband are apart.

Grace’s friends, Pat and Milli, each has a heavy secret which they eventually reveal to Grace. Pat’s husband is dying in a nursing home, when she initially told Grace he was dead, and Milli, the health buff, who is trying to hide the fact that she has been diagnosed with cancer, is eventually forced to disclose it.

Without being judgmental, Grace cancels a vacation her husband had planned for her birthday in order to help her friends. Once the crises are over, she travels to New York to visit her husband and discovers that another woman is pregnant with his baby. As if this is not devastating enough, the woman makes a request that can change Grace’s life forever.

Reminiscent of the Golden Girls TV series, this provocative tale `shows how strangers can become friends, and friends can, literally, become family. 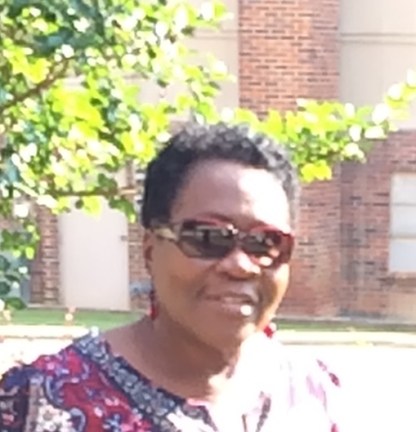 Angela is the author of Love, Lies, and Grace; the Egypt series consisting of three books, and Women For All Seasons, a Christian non-fiction book. Angela’s work has also appeared in Chicken Soup For the Soul: Reboot Your Life, A Cup of Comfort For Mothers and Guidepost magazine.

Angela has a background in occupational therapy and also writes for online health publications. Angela is married, with four children, five grandchildren, and one great-grandson.

Angela loves reading, writing, travel to historical spots and cooking up award-winning dishes for her family.