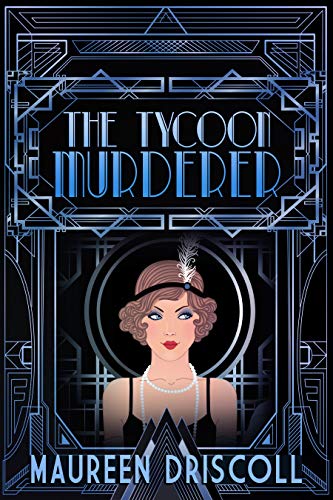 THE TYCOON MURDERER is the first book in a new time-travel romance/cozy mystery series set in the Pacific Northwest.

When Josie Matthews buys a Victorian mansion with a notorious past, she hopes to turn it into a successful inn. While she expects all the headaches of renovating an old house, she isn’t prepared to be sent back in time to the site of a double-murder which occurred at the mansion in 1929. While the murders were never solved, they were believed to have been committed by Wall Street financier, David Remington, forever known as the Tycoon Murderer.

At the height of the Roaring Twenties, David Remington has invited several friends and acquaintances to a house party, including a Chicago bootlegger and his moll, a Broadway playwright and his best friend, a corrupt U.S. Senator and his wife, a handsome silent screen star and a disgruntled federal agent. After a mysterious woman arrives uninvited, guests start dying one-by-one, making everyone wonder who will be next.

Determined to solve the murders before being sent back to her own time, Josie investigates the crimes and tries not to be the next victim. But the biggest mystery is whether David Remington was falsely accused or whether he truly is the Tycoon Murderer.

THE TYCOON MURDERER is a time-travel romance/cozy mystery with a retro flair. It contains mild violence, humor and a great deal of bootleg booze.