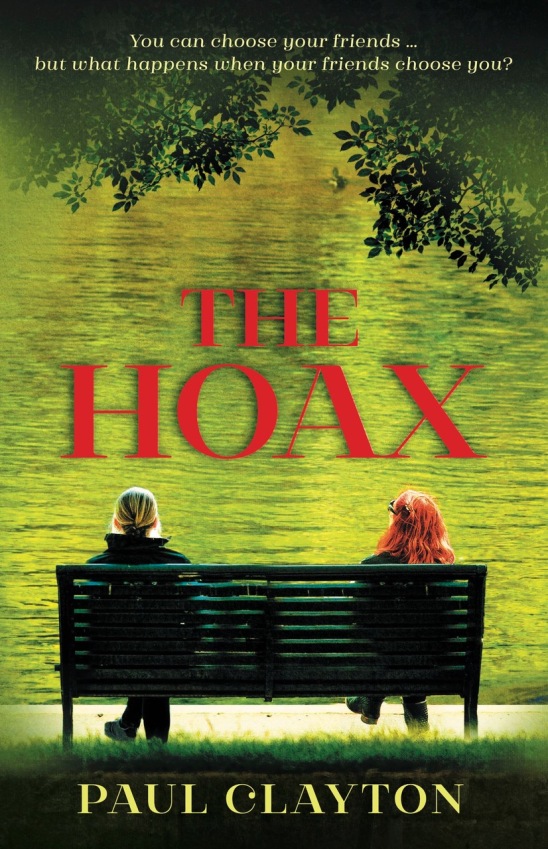 Played out in dual timelines, this tale of psychological suspense revolves around a friendship borne from trauma and tragedy.

Frankie Baxter is always running from her past of bad decisions and abuse. Her one saving grace is her determination to be a good mother to her three children. Though she goes to extreme lengths to care for her family, Frankie never thinks things through, which keeps her in low-paying jobs, barely scraping by. It’s also the reason she was ripe for the hoax.

Little Girl isn’t running, but she is hiding, trying to forget her past of a different kind of abuse and betrayal.

When a kind stranger brings Frankie’s missing son home, she believes she’s made a new friend and for the first time in her adult life, Frankie has someone to trust and depend on. But her trust is misplaced and will result in upending her life, and murder.

Told in two POVs—Frankie’s and Little Girl’s—the timelines are well-paced and balanced. It’s not difficult to see how the lives of two young girls were shaped or that they never outgrew those girls who solved problems with anger and violence.

Though predictable in places, the ending of this read had me looking around, wondering what happened. Didn’t see that coming. This is one of those stories where I’d love to sit down and chat with the characters!

Henry returns safety accompanied by a stranger, Cora, a fairy godmother who starts to change the Baxter family’s lives in the best of ways. So, why do things suddenly start going wrong? Is Cora fulfilling their dreams• or is she the start of a nightmare?

Funny, terrifying and a real page-turner, The Hoax puts a whole new slant on psychological thrillers. 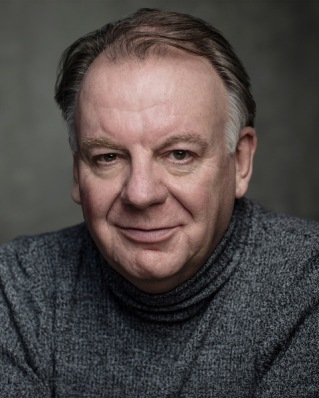 Best known to audiences for five series of the BAFTA award-winning Channel 4 sitcom “Peep Show” and for two series of the BAFTA winning comedy “Him and Her” from BBC 3. He has enjoyed stints as regular characters in soaps “Hollyoaks”, “Coronation Street” “Doctors” is well known to viewers from a considerable volume of the television. Most recently appearances in series 2 of “The Crown”, “Black Earth Rising”, “Wolf Hall”, “The Split”, “Holby”, “ This Time with Alan Partridge” “Shakespeare and Hathaway” “Breeders”. He is currently well known and loved by thousands of sci fi fans for his role as “Mr Colchester – terminator in a cardigan”- the leader of the Torchwood team, in the Big Finish ‘Torchwood’ audio dramas.

He recently filmed “Danny Boy” for the BBC.

He is the author of “So You Want to Be a Corporate Actor?” and “The Working Actor” and is a regular columnist and feature writer for The Stage.

He is patron of the children’s literacy charity Grimm and Co (www.grimmandco.co.uk) based in Yorkshire for whom he has staged young authors live dramas and facilitated six independent films written by 9 – 11 year olds.

His first novel “The Punishment” met with great reviews when it was published in 2019.

““I LOVED this book. It’s funny, dark, sexy and sharp as a knife. A brilliant story with three intricately woven strands that keep you hooked all the way through. Definitely recommend!”

*Terms and Conditions –UK entries welcome.  Please enter using the Rafflecopter box below.  The winner will be selected at random via Rafflecopter from all valid entries and will be notified by Twitter and/or email. If no response is received within 7 days then Rachel’s Random Resources reserves the right to select an alternative winner. Open to all entrants aged 18 or over.  Any personal data given as part of the competition entry is used for this purpose only and will not be shared with third parties, with the exception of the winners’ information. This will be passed to the giveaway organiser and used only for fulfillment of the prize, after which time Rachel’s Random Resources will delete the data.  I am not responsible for dispatch or delivery of the prize. 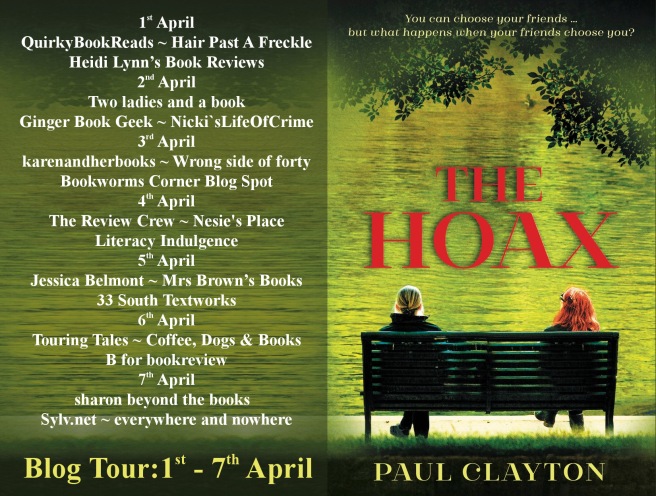 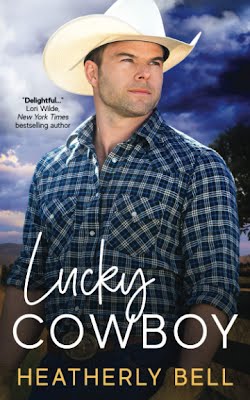 Lincoln Carver is not worried about the lack of women in Stone Ridge, Texas. He’s content earning the occasional buckle as a rodeo champ and working his family’s cattle ranch. In fact, life was perfect until his matchmaking granny stuck her nose in his business. Now, he’s injured the new schoolteacher, and is spending more time with her than he’d like.

Sadie Stephens has loved Lincoln since she was a girl, but they were never more than friends. And a family feud involving a runaway bride closed any options for a romance with Lincoln for good. Lincoln’s only interest in her now is one of obligation and guilt. After all, he’s the one responsible for the lassoing “incident” at the school (don’t ask.) The single men of Stone Ridge are lining up to nurse the very eligible Sadie back to health, bringing her flowers, candy, and pies.

No doubt about it, the hunky cowboy needs to learn the ABCs of courtship, but is Sadie the one to teach him? 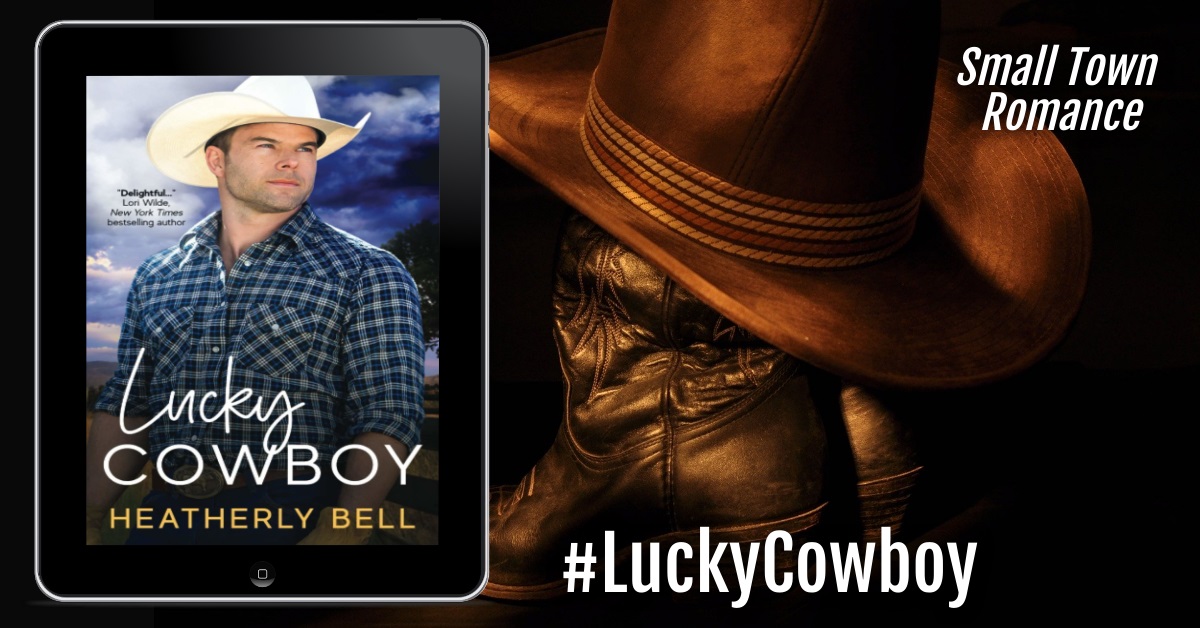 Heatherly was born in Tuscaloosa, Alabama but lost her accent by the time she was two. Her grandmother, Mima, kept both the accent and spirit of the southern woman alive for decades. After leaving Alabama, Heatherly lived with her family in Puerto Rico and Maryland before being transplanted kicking and screaming to the California Bay Area. She now loves it here, she swears. Except the traffic.