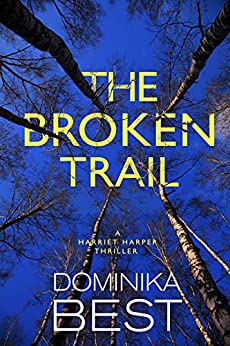 What would you be willing to do to become famous?

Cold Case Detective Harriet “Harri” Harper has done what she swore to do almost twenty-years ago: find her sister and bring her home. But, she hasn’t brought her sister’s killer to justice and that keeps her up at night. Now back at work at the Los Angeles Police Department, she works her caseload while hunting her sister’s killers at night with the help of Jake Tepesky, a former FBI profiler.

When a grieving father brings the case of his missing daughter to the Cold Case Unit and her missing friend is found in a wall in a Hollywood Hills home, Harri is assigned to the case led by Detective Tom Bards, her colleague on The Creek Killer task force. As she begins to uncover the secrets of the young woman and the world that she ran in, Harri stumbles across a link to the Eugene, Oregon case that she barely survived.

As the case bumps against the rich and powerful in Hollywood, Harri pushes the boundaries in order to find the missing girl. And then another girl is taken.

When the case takes a dangerous turn, Harri must decide what sacrifices she’s willing to make. Her career is on the line and it’s not the only thing at risk.

The Broken Trail is the third Detective Harri Harper crime thriller, and perfect for fans of Michael Connelly, Gregg Olsen, and James Patterson.