Richard Pryor may have been the most unlikely star in Hollywood history. Raised in his family’s brothels, he grew up an outsider to privilege. He took to the stage, originally, to escape the hard-bitten realities of his childhood, but later came to a reverberating discovery: that by plunging into the depths of his experience, he could make stand-up comedy as exhilarating and harrowing as the life he’d known. He brought that trembling vitality to Hollywood, where his movie career—Blazing Saddles, the buddy comedies with Gene Wilder, Blue Collar—flowed directly out of his spirit of creative improvisation. The major studios considered him dangerous. Audiences felt plugged directly into the socket of life.

Becoming Richard Pryor brings the man and his comic genius into focus as never before. Drawing upon a mountain of original research—interviews with family and friends, court transcripts, unpublished journals, screenplay drafts—Scott Saul traces Pryor’s rough journey to the heights of fame: from his heartbreaking childhood, his trials in the Army, and his apprentice days in Greenwich Village to his soul-searching interlude in Berkeley and his ascent in the “New Hollywood” of the 1970s.

Becoming Richard Pryor illuminates an entertainer who, by bringing together the spirits of the black freedom movement and the counterculture, forever altered the DNA of American comedy. It reveals that, while Pryor made himself a legend with his own account of his life onstage, the full truth of that life is more bracing still.

ONLY SHE CAN PROVE HER INNOCENCE

Yvonne Landis has escaped from a mental institution, where she was treated for psychosis. Accused of murder, she will stand trial once psychiatrists deem her fit enough to understand her charges. Only Yvonne knows that she didn’t kill her husband; her son Gabe did. Because she was onto him, he tricked the authorities into believing that Mom killed Dad. Having been traumatized in his tweens, he suffers from extreme anger issues. In order to deal with them, he must kill on occasion.

Yvonne is determined to prove to everyone that not only did Gabe kill his father, but that he’s the one who’s truly dangerous, not she. That’s easier said than done, considering her fugitive status and the psychotic episodes she still experiences…

#FREE for a limited time from all online retailers!

Winner of the Pacific Book Award for BEST FICTION.

Belle has it all, a powerful entertainment lawyer at the top of her game. So beautiful she causes traffic accidents from men sneaking peeks at her radiant chocolate skin.

It would seem her life was tailor made. Her father a prominent judge and her mother a famous civil rights era jazz singer always encouraged her dreams, even if sometimes they weren’t her own. Like when her mom insist she join her sorority in college, but Belle just wasn’t a sorority girl, and instead she instantly fell in love with Scrooje, the biggest nerd on campus.

Now, years later not only is he tall, dark and handsome, but he’s music’s biggest star.

Will Belle forgive Scrooje for a betrayal worse than cheating? Her savvy best friend, Camille who has more NY style in her pinky finger than all of the stores on 5th Avenue, tells her it’s time to move on, but Belle still loves Scrooje, and besides, every date Camille sets her up on ends in hilarious disaster.

Now, it’s been three years since Scrooje shattered Belle’s heart, and tonight they are bound to run into each other at the glamorous Hollywood Black Entertainment Awards. Will Belle be tempted by Scrooje’s charismatic charms and luscious smile?

Don’t worry girl, help is on the way, the Ancestors have got your back! As tonight, they’ll lead Belle and Scrooje on the journey of a lifetime to discover the power of love.

From college dorms to concert stadiums, Belle and Scrooje’s journey absorbs readers with a fast paced, hilarious, poignant insight not only of race, class and celebrity worship but of the eternally fascinating dance between a man and a woman who seek to unite but events and people get in the way.

What readers are saying:

“HILARIOUS! David Lamb hit a home run for me. This was nonstop fun! There was something I could relate to at every turn”

“Grabs Your Attention and KEEPS YOU WANTING MORE PAGE AFTER PAGE!”

“I was FLIPPING PAGES FASTER THAN I KNEW IT!”

“Got a copy of On Top Of the World and finished it in 2 days! It took me through a gamut of emotions with laughter being at the forefront. Great book. Loved the retelling in a manner I could relate to. Thank you!”

“I Can Totally See It Being A Movie” 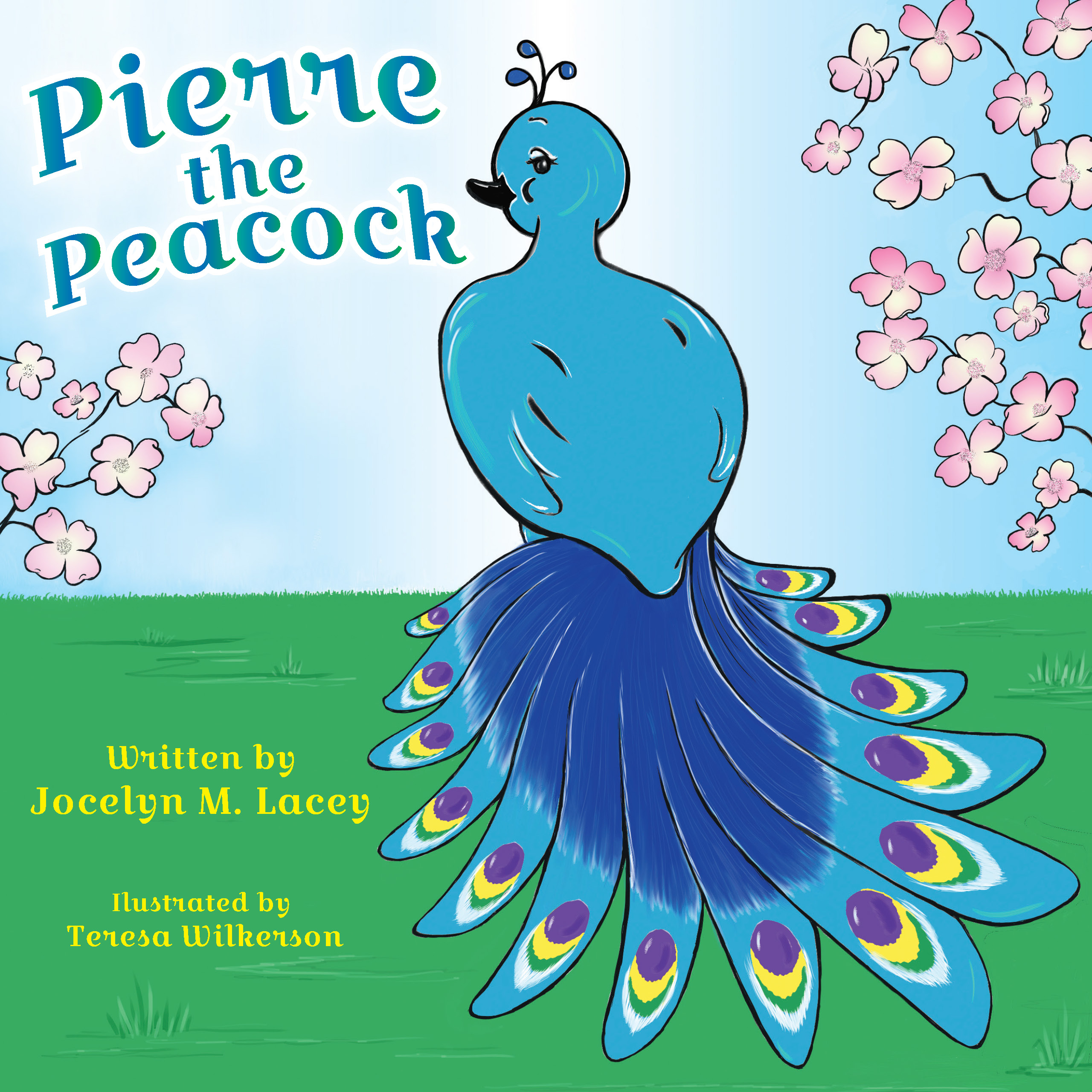 Pierre the Peacock is delightfully illustrated with a valuable message. It is about acceptance, friendship and a valuable lesson in how we should treat people. Come with us as we meet Pierre, a peacock who thinks that he will get friends just from his pretty looks. When he meets Jerry, a colorblind little boy, he teaches Pierre that what matters is how you treat people, not what you look like. A lesson for all of us!

Jocelyn Mooneyhan Lacey is a native of Johnson City, TN, where she graduated from Science Hill High School and East Tennessee State University with a B.A. in Mass Communications. She met her husband, Steven Lacey, at ETSU, and they have since lived in Maine, Rhode Island, the Outer Banks of North Carolina, and now have settled in New Jersey for the time being. She also shares her home with two dogs, a cat, and three fish.

Lies, murder, and a legendary courtroom battle threaten to tear apart the Territory of Hawaii.

In September of 1931, Thalia Massie, a young naval lieutenant’s wife, claims to have been raped by five Hawaiian men in Honolulu. Following a hung jury in the rape trial, Thalia’s mother, socialite Grace Fortescue, and husband, along with two sailors, kidnap one of the accused in an attempt to coerce a confession. When they are caught after killing him and trying to dump his body in the ocean, Mrs. Fortescue’s society friends raise enough money to hire seventy-four-year-old Clarence Darrow out of retirement to defend the vigilante killers. The result is an epic courtroom battle between Darrow and the Territory of Hawaii’s top prosecutor, John C. Kelley, in a case that threatens to touch off a race war in Hawaii and results in one of the greatest miscarriages of justice in American history.

Written in the style of a novel, but meticulously following the historical record, A Death in the Islands weaves a story of lies, deception, mental illness, racism, revenge, and murder—a series of events in the Territory of Hawaii that nearly tore apart the peaceful islands, reverberating from the tenements of Honolulu to the hallowed halls of Congress, and right into the Oval Office itself, and left a stain on the legacy of one of the greatest legal minds of all time.

1.99 for a limited time at all online retailers!