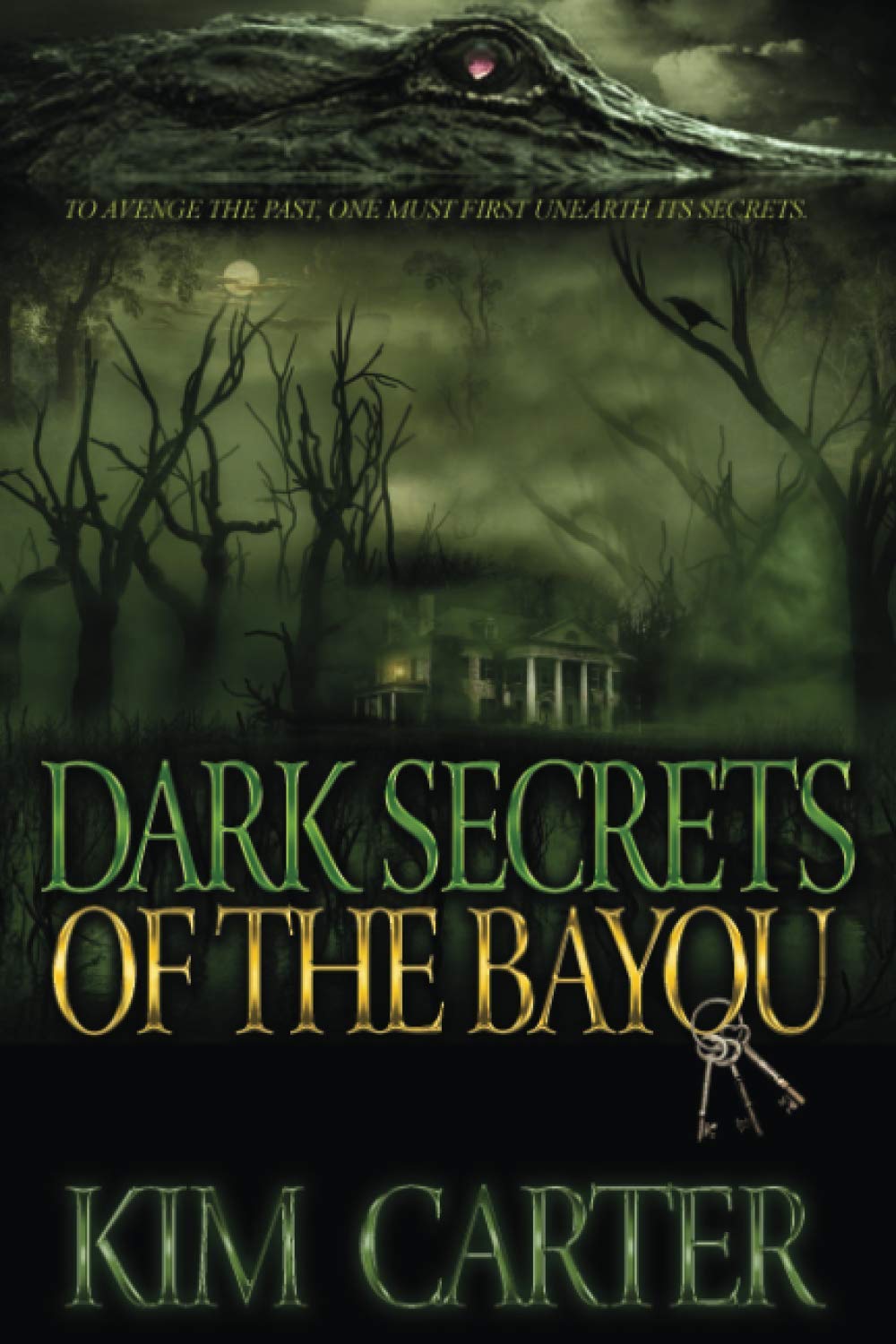 Catherine “Tink” Mabrey, an up and coming attorney, is shocked by her recent inheritance from her estranged family on the bayou. After her mother died during childbirth, Tink’s father had quickly relocated them to the big city of Atlanta, Georgia. With no memory of her mother, she is determined to learn more about her lineage and decides to visit the bayou town of Kane, Louisiana. Candace, Tink’s co-worker and best friend, agrees to make the trip with her.

Before she has time to explore her family’s history, or decide what to do with the declining property, local murders plague Tink’s homecoming. She quickly finds herself caught in the middle of a multiple murder investigation – and quite possibly, the prime suspect. When Candace retreats back to Atlanta, Tink, with the support of an unlikely cast of characters, sets out to discover clues that have haunted and tormented her family for generations.

Could a concealed crime from the 1800’s, or the family’s estate itself, harbor keys to unlocking the past? The more they learn, the more they question whether some secrets are best left buried.

Other Books By Kim Carter:

Murder Among The Tombstones (2017) 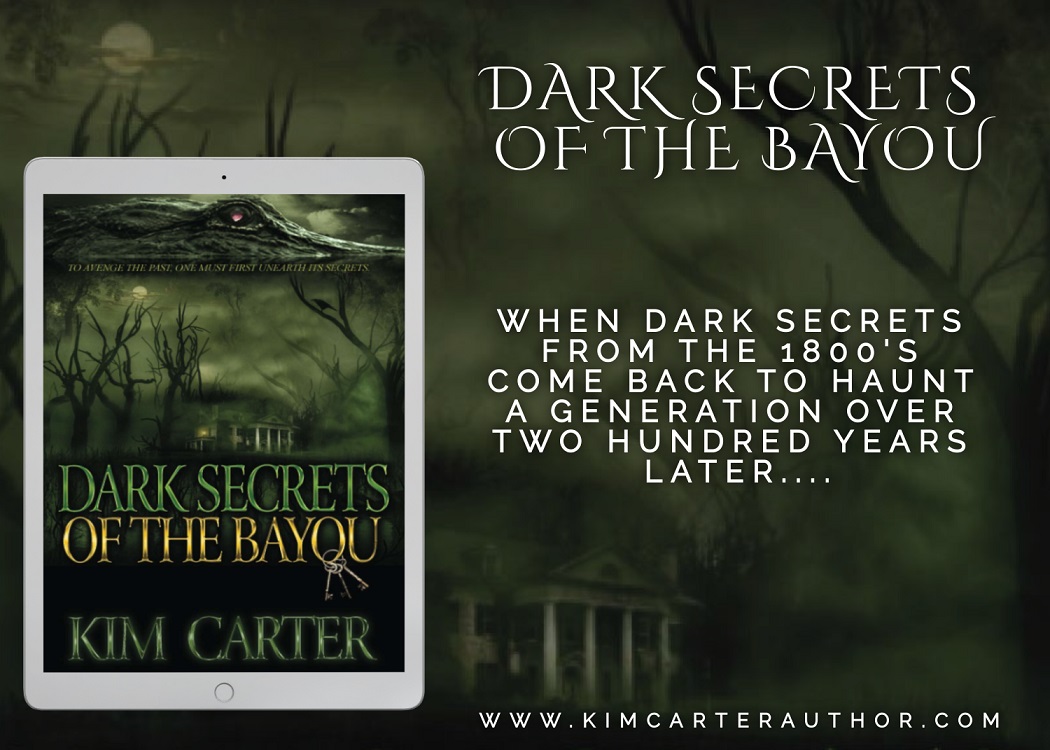 Kim Carter is an author of suspense, mystery and thriller novels. She was a finalist in the 2018 Killer Nashville Silver Falchion Award and recipient of the 2017 Readers’ Choice Award for her book Murder Among The Tombstones. This is the first book in her Clara and Iris Mystery series. The characters in this series are a couple of overly curious widows who become private investigators and were inspired by Kim’s mother and her mom’s best friend.

Her other titles include: When Dawn Never Comes, Deadly Odds, No Second Chances, And The Forecast Called For Rain, and Sweet Dreams, Baby Belle.

Kim’s writing career started after she suffered an illness that made her housebound for a couple of years. An avid reader of mystery novels, she embarked on writing as a means of filling her time. Kim shared those early writings with friends and family who encouraged her to pursue writing professionally. Her health struggles and successes have been chronicled on The Lifetime Television in early 2000, The Atlanta-Journal Constitution, Women’s Day Magazine, and Guideposts.

Prior to her illness, Kim worked in many different capacities in county government ranging from Park Director with Parks and Recreation to the Grant Department with Human Services. But, ultimately, it was her job as a correctional officer that provided her the opportunity to interact with a variety of people from all walks of life. Her experiences ran the gamete of inspiring success stories to tragic endings, much like her mysteries.

She self-published her first book No Second Chances. One of the guest speakers at the launch party she had at the Performing Arts Center in Newnan, Georgia included her close friend retired Atlanta Police chief Eldrin Bell. This connection would become helpful as she started doing more research for other books, this time working with a small publishing house.

Kim started networking and made connections with the Fulton County Medical Examiner’s Office. Her research has taken her many places including morgues, death row and the occasional midnight visit to cemeteries.

She is a college graduate of Saint Leo University, has a Bachelor Degree of Arts in Sociology. Kim and her husband have three grown children and live just outside of Atlanta, Georgia.