The African Americans: Many Rivers to Cross is the companion book to the six-part, six-hour documentary of the same name. The series is the first to air since 1968 that chronicles the full sweep of 500 years of African American history, from the origins of slavery on the African continent and the arrival of the first black conquistador, Juan Garrido, in Florida in 1513, through five centuries of remarkable historic events right up to Barack Obama’s second term as president, when the United States still remains deeply divided by race and class.

The book explores these topics in even more detail than possible in the television series, and examines many other fascinating matters as well, guiding readers on an engaging journey through the Black Atlantic world—from Africa and Europe to the Caribbean, Latin America, and the United States—to shed new light on what it has meant, and means, to be an African American.

By highlighting the complex internal debates and class differences within the black experience in this country, readers will learn that the African American community, which black abolitionist Martin R. Delany described as a “nation within a nation,” has never been a truly uniform entity, and that its members have been debating their differences of opinion and belief from their very first days in this country. The road to freedom for black people in America has not been linear; rather, much like the course of a river, it has been full of loops and eddies, slowing and occasionally reversing current. Ultimately, this book emphasizes the idea that African American history encompasses multiple continents and venues, and must be viewed through a transnational perspective to be fully understood. 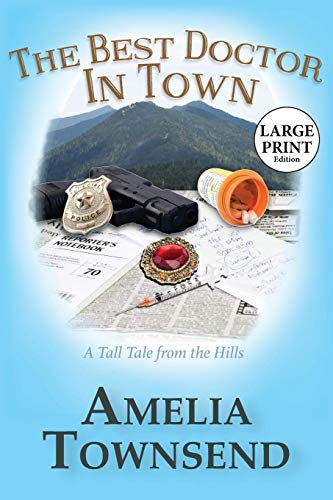 A Tall Tales from the Hills Novel: Book 1

Set in Southwest Virginia and inspired by actual events and the story of
the small town’s most revered doctor, who may just be a serial killer. A
local police officer with a tarnished reputation, a reporter who manipulated
facts, and the doctor’s chief intern, who may be a thief, have pieces of the
puzzle. Yet no one in authority believes the great doctor could be
responsible. All the while, patients are dying. 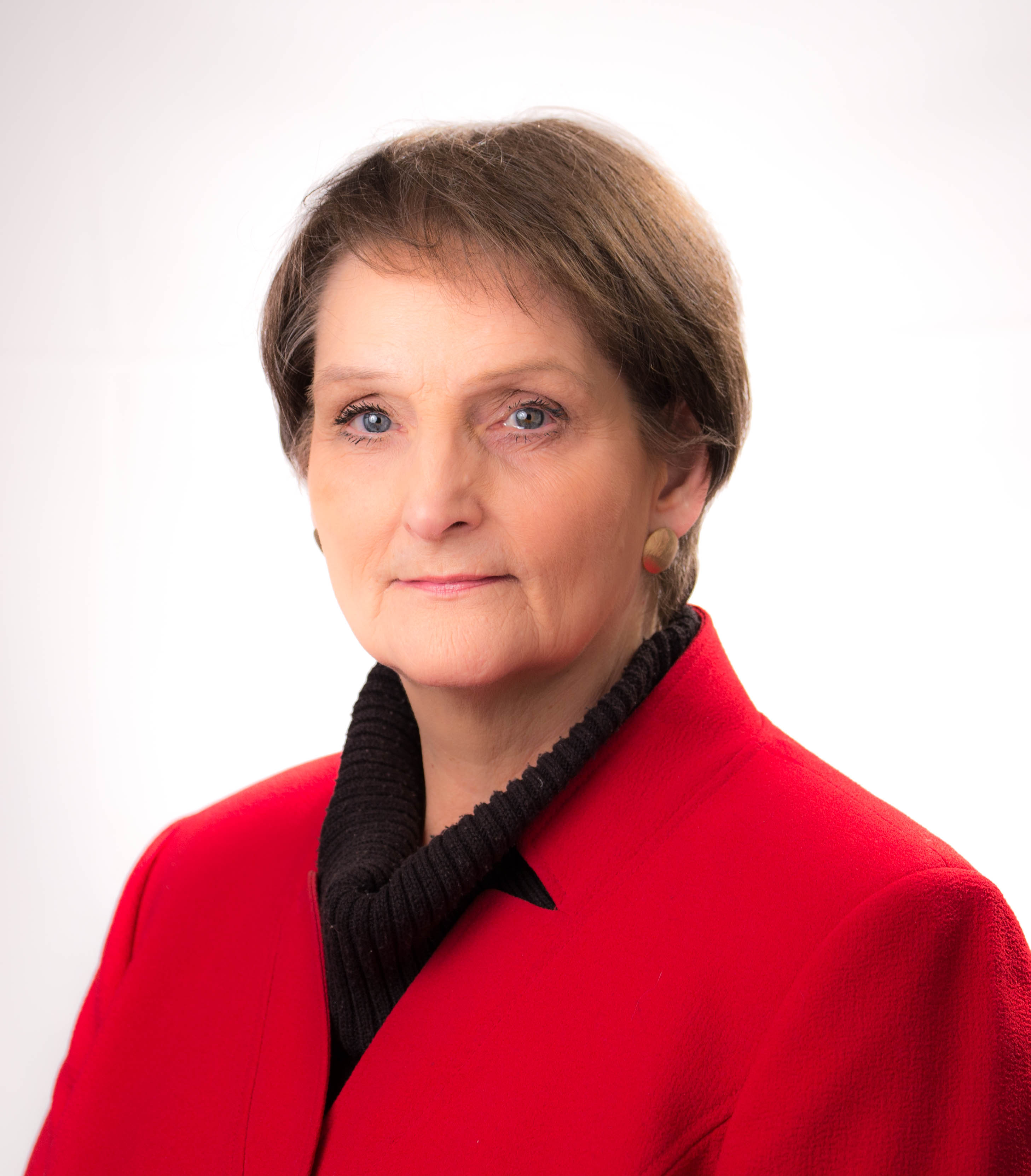 Shadowed and protected by the mountains of her native southwest Virginia, Amelia Townsend has lived hither, thither, and yon – mostly between Virginia and North Carolina. She has worked as a newspaper and TV reporter, freelance producer and director, writer, and now PR hack.  She is a proud graduate of the University of North Carolina at Chapel Hill.

She has no claim to fame. Further, she is most often bewildered when people say they are impressed by her work. Her first novel, Keepsakes for the
Heart, was nominated by the N.C. Historical Association for the prestigious Ragan Old North State Award for non-fiction.

Her favorite avocation is listening to and writing down other people’s stories, for truth surely is stranger and more beautiful than fiction. This is where Townsend has found fodder for the stories of the hills that she wrote with her late writing buddy. Several have come to life in the form of a novel and a couple of plays in production. The names have
been changed to protect the guilty.

Townsend’s most impressive accomplishments are her children – a son and daughter – who managed to turn in to fine young adults, despite her attempts to raise them.

Jack Galloway has had enough of life and is chasing a high he just can’t seem to find. Upon meeting with a drug dealer from his school, he is given some mysterious, bean-shaped pills that just so happen to be nothing but beans. However, Relatively Normal beans do not grow miles and miles into the sky overnight, drawing attention from everyone around and destroying the very idea of reality on Earth.

Now, in order to restore his Relatively Normal world, Jack must embark on a
mission with a girl he barely knows from high school, Red Crawford, who just
so happens to be the only one he knows who has encountered a tear in the
non-magical reality they live in.

The beanstalk, too tall and too wide to climb, leads them down a rabbit
hole to the strange and nonsensical Underland, where they must go through
insane trials in order to reach the answer to their problems — the Giants,
magical creatures who live in Overland and can rid the Relatively Normal
world of that pesky beanstalk. However, the beanstalk and its effects on
reality might just be the least of their worries when they reach the dark,
mysterious Overland. 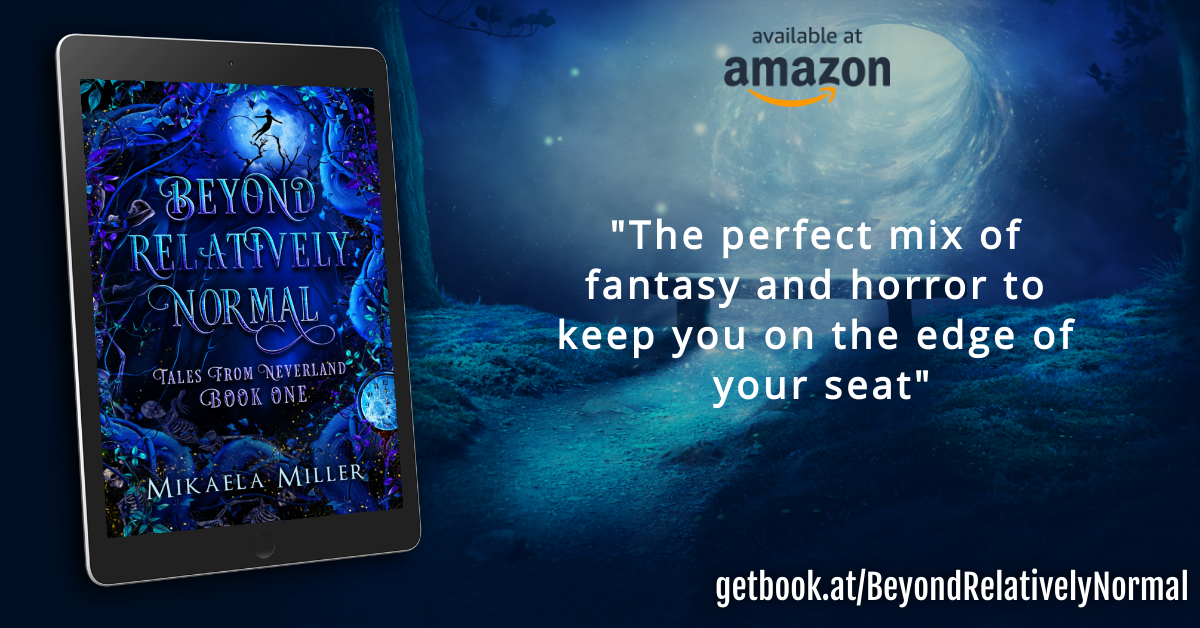 “You’re not looking in the right place,” the voice said again. It was distinctly male, although it didn’t necessarily sound human. It was soft and silky, almost like a purr.

Jack frowned, looking all around him, and jumped so hard he crashed into Red when he saw a pair of yellow eyes and a wide, ridiculous smile with pointed fangs on top of the hedge. Slowly, a fuzzy face started to materialize around it, and then a long, thick body and a fluffy tail. A cat, although it didn’t look like any cat Jack had ever seen before. The smile was all-knowing, mysterious, and unnerving. The fur was striped bright blue and dark purple. It studied them with eyes that seemed to peer right into their souls.

“Could you help us find them then?” Jack asked, then rolled his eyes. He couldn’t believe he was talking to a cat, and almost without hesitation. He was starting to think he might be losing his mind.

“I mean you’re not looking in the right place for your question.” Somehow, it seemed as if the cat’s eyes had grown larger. He sat up, tilting his head to stare at them, and began to lick his paw.

Jack looked over at Red, but she appeared just as confused as he felt. His skin prickled in fear as Red said, “Question? What question?”

“I don’t know,” the cat purred. “You tell me. I know you have one. I see it all over your faces. I just know the answer isn’t here. Not with me, not with the queen.”

“Yes. The Queen of Hearts.”

Mikaela Miller has not exactly found her place in the world yet, and she’s still trying to understand herself, so there’s not much to say. She loves writing, memes, her friends, and her fur children. She is currently living the small town life but has high hopes of moving to a big city to live out her dreams one day. She loves the darker side of all fairytales and has recently discovered a love for horror novels. This book idea came to her in a dream, as many of her strange ideas do, and she hopes for a bright future as she delves further into her characters’ lives. One day, she would like to be able to rescue lots of homeless animals and be the crazy old cat lady down the street.

Sometimes the things we run from, are the very things we need the most.

Dexter Williams has big dreams. Born to working-class folk on Philadelphia’s Westside, Dexter has never forgotten the sacrifices his parents made. Caught in the crossfire of their hopes for him, and his own destiny, he reluctantly follows the path they’d set for him.

Six years after becoming the first in his family to graduate from college, Dexter is scraping by in a dead-end corporate accounting job. While frustrated with life and flirting with failure, Dexter meets Makena Washington, a young vivacious queen whose confidence, optimism, and charismatic nature is hard to ignore.

Their friendship blossoms at a time when Dexter questions if love is really worth a second chance. Fearing love would only get in the way of his complicated life, he finds himself in a tug o’ war of the heart. After a sudden string of troubling circumstances, Dexter is on the verge of giving up on himself and his dreams.

If you were looking for the definitive Christmas anthology, consider yourself lucky, because you just found it!

This book is everything you want Christmas to be — loving, warm and celebratory. Timeless and adorable, beautifully designed, “The Big Book of Christmas” is a great big stocky book — stuffed with novels, novellas, short stories, poems, carols and songs.