Series: The Halves of Us Trilogy, Book 1

Twin Sisters: One destined to rule, one cursed to destroy. Some say blood is thicker than water. But for twin sisters, Adie and Aura, their connection runs even deeper than blood. After investigating a surprise attack carried out by dark souls controlled by the Wicked Willow, an evil residing in a neighboring region, Aura uncovers a family secret: She is the fulfillment of a curse placed upon her family centuries ago. While Aura is destined to destroy their planet, Thindoral, Adie is fated to follow in their mother’s footsteps and become Ruler, but even Adie’s path comes with revelations. Dangerous premonitions plague her dreams, all depicting Thindoral’s demise at the hand of her sister. As darkness takes control of her mind, Aura must determine whether defying fate and time is the choice that will seal her destruction, or if self-sacrifice will save all she holds dear. Meanwhile, Adie is faced with an impossible decision: Save her sister, or protect their world?

Sydney wrote her first book, Girls, in the second grade, about her and her best friends in college [because college was super cool when you were 8]. They went on treasure hunts and fought bad guys with their super powers. Her second-grade teacher was so impressed with her, she laminated a cover and bound it. That will forever be the moment Sydney dreamed of holding a copy of her own book and placing it on a shelf. Now all grown up, Sydney’s head still stays in the fantasy world, fashioning worlds where the power of a star can be harnessed and used for time travel, flying is just as easy as walking here on earth – and her best friends are fairies. Her characters are dark and lost individuals, but your love for them will grow when you realize not everything is black and white.

Rocky hails from Washington State and frequently haunts the Oregon coast. She holds a BA from The Evergreen State College and has worked as a stagehand since 2008. After years of bringing stories to life behind the scenes she has transitioned from backstage to behind the mic. An avid reader, traveler, and lover of humanity, she brings all of that to the world of story-telling. When not in her studio, she volunteers as a community mediator, loves partner dancing and like all Pacific Northwesterners, lives for beautiful summer days.

Adie and Aura – I would love for Madelaine Petsch to play her. I think she’s got a fun personality but can also be dark, which is fitting for both the sisters.

Ambrielle, Adie and Aura’s mother – I have ALWAYS pictured Jessica Chastain playing her. Always. She is a stunning actress and that’s who has always been Ambrielle in my mind.

Gossamer – I pictured as Jim Beaver. I am a supernatural fan, and he’s always been one of my favs. He can be hardass like Gossamer, but also caring.

Samuel, should totally be played by one Sprouse brothers (I go back and forth as to which one ,ha!). Just as long as they have the long hair! ;]

Felipe, I think should be played as Avan Jogia. He fits the character perfectly, to be honest. Can they just make this into a movie already, so I can meet him? ;]

Tut – Tut would definitely be played by Richard Schiff. I fell in love with his acting in West Wing, and while Tut is…odd…I really think he could pull it off.

Hontak – Aldis Hodge. He even liked my Instagram post about playing the character! I think my heart stopped briefly that day.

Bokah – Peter Dinklage. No one else could pull off the humor and straightforwardness as much as him.

Wendelone/Wicked Willow –Lady Gaga. She’s another one who I have always pictured for this role.

Nemiah – Alex O’Loughlin. There’s a heartbreaking scene in book 2 that just…I have pictured him playing.

Sandman – Stephen “Twitch” Boss. I fell in love with Twitch on the show So You Think You Can Dance. His movements simulate how the Sandman moves, so I knew he had to be him.

Michael – Simon Baker. He’s always been Samuel’s father to me. 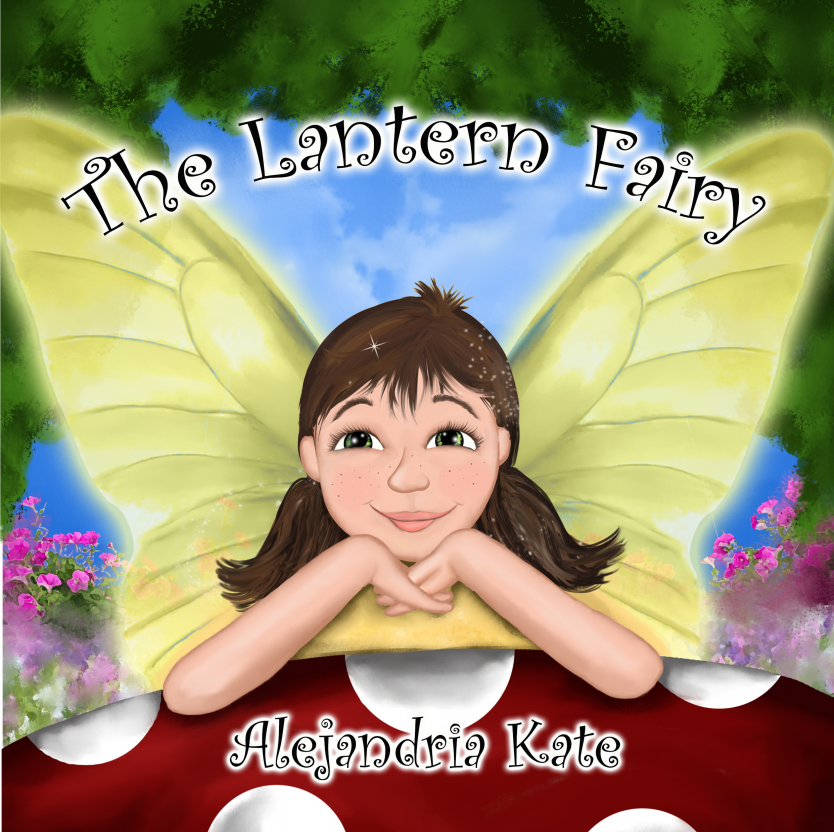 This is the story of a young girl who gains self-confidence through the power of a positive belief in her own abilities. Gold Berry is a sensitive fairy who enters a flying competition only to realize she was already a winner. 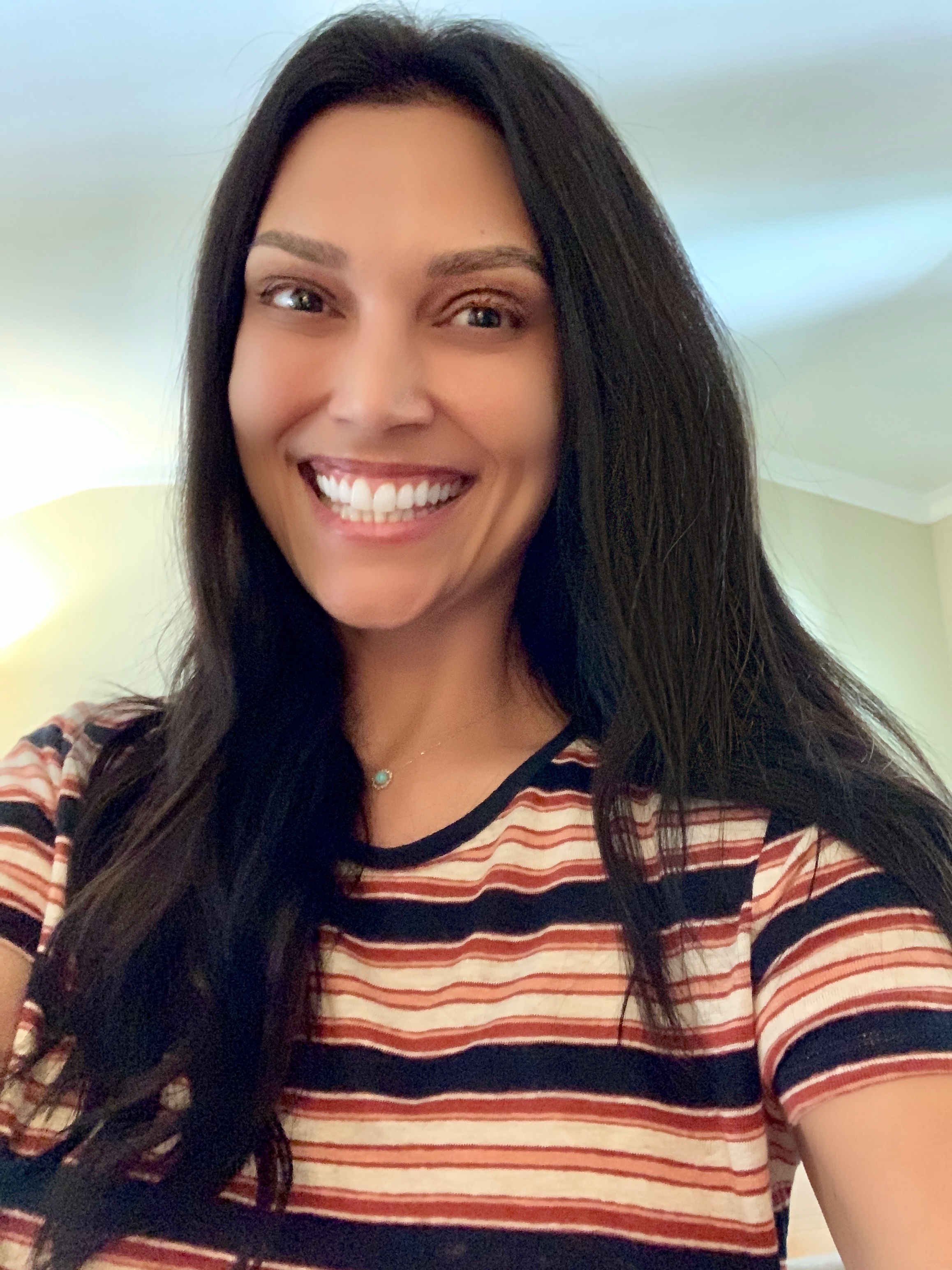 Alejandria Kate is a writer, author and certified Mind, Body, Spirit Practitioner through the Sunlight Alliance Foundation. Alejandria is passionate about personal development and uplifting others.

She draws inspiration from the beauty – both large and small – that she observes in the world around her and from the quiet moments connected with Spirit and her own soul. She believes vulnerability is a strength and an open heart is a key to inner joy. She believes that through a shift in perspective beauty can be found within every experience.

Alejandria graduated from the Institute of Children’s Literature, where she studied writing for children and young adults. In her spare time she plays the Native American flute and hikes the walking trails in Southern California in her pursuit of viewing wildflowers.

It is Alejandria’s hope that readers feel comforted and inspired after reading her books. Even with the prospect of doing prison time hanging over his head, and trouble brewing within the motorcycle club he grew up in, Wesson (Mammoth) Gunner has only one thing on his mind. Dana Donovan.

With her quirky, unconventional looks, she is a distraction that the Road Captain of the Young Outlaws doesn’t need.

Despite a friendship between a biker and a teenage girl being ludicrous, not to mention unorthodox, when Wesson receives her cry for help he’s unable to walk away.

Being a 1%er and breaking the law is nothing new. But when you’re accused of a crime that you didn’t commit; all you want is JUSTICE. T.L Wainwright lives in Leeds, West Yorkshire, England with her long-suffering husband and daughter. She loves nothing more than curling up with her kindle or stroking and petting her every growing collection of signed paperbacks. By day, works as export manager. By night, a writer of hot and saucy romances, some a little dark, but each with angst, humour and a whole lot of sexy stuff. Lots of alpha males and strong women.

T.L loves everything that the book world has to offer including the charismatic fans, bloggers and authors who continue to amaze her. Writing and publishing her work has been a total revelation.

Her moto… Dreams Are Real, Imagination A Necessity – Love to Read. Live to Write.

T.L even has the tattoo to prove it. Random circumstances brought them together. Love made them family.

Hailey Kirby plans to spend a wonderful Christmas holiday at the Cedar Mountain Lodge with her family, celebrating her sister’s wedding as Maid of Honor. Things go awry when the wedding is called off. Hoping to comfort her sister, her mother and three sisters decide to go ahead with their winter vacation plans at the Lodge.

Hailey works in town as the children’s librarian, and under the pen name of Lee Merriweather is secretly the author and illustrator of picture books. Young children adore the stories of Charlie and his dog, Zeke, including Regan, the niece of Nick Hensley, a rock star musician who’s recently moved back to Granite Ridge. When he reaches out to the author to seek permission to write songs to go with the stories, Hailey is forced to confess who she is and the painful reason why she’s been hiding behind a pseudonym.

As Hailey and Nick put their creative minds together, they form a friendship that quickly grows to much more. Hailey learns to trust and discovers some chances in life are worth taking.

The entire Soul Sisters at Cedar Mountain Lodge series include:

Judith Keim enjoyed her childhood and young-adult years in Elmira, New York, and now makes her home in Boise, Idaho, with her husband and their two dachshunds, Winston and Wally, and other members of her family.

While growing up, she was drawn to the idea of writing stories from a young age. Books were always present, being read, ready to go back to the library, or about to be discovered. All in her family shared information from the books in general conversation, giving them a wealth of knowledge and vivid imaginations.

A hybrid author who both has a publisher and self-publishes, Ms. Keim writes heart-warming novels about women who face unexpected challenges, meet them with strength, and find love and happiness along the way. Her best-selling books are based, in part, on many of the places she’s lived or visited and on the interesting people she’s met, creating believable characters and realistic settings her many loyal readers love. Ms. Keim loves to hear from her readers and appreciates their enthusiasm for her stories.

Santa: An Interview covers the tales of questions asked to and answered by Santa Claus one winter evening. In a remote northern village close to the North Pole, in a rare occasion during the holiday season Santa decided to take a break from Operation Christmas! He invited local kids and adults from all ages and backgrounds to the Fairbanks Public Library.

Santa had lovingly provided hot cocoa, snacks, blankets, pillows and a warm magical glowing fire for all in attendance. Tonight was for Santa and the families that came to share stories and ask him their questions. We’re lucky that one of the parents was a journalist for the local Fairbanks Gazette Newspaper, and by trade, always had a notebook in his back pocket. Thanks to this writer, Raymond “Ray” James, we can relive the stories and tales told that rare winter night for countless families to enjoy this holiday season.

You’ll read along as the pages of Ray’s notebook recount the stories and answers witnessed that one magical evening!

I love loose leaf teas, I collect teacups and coffee cups, and strangely I love big soup spoons. In contrast to the big beautiful weddings I’ve designed and coordinated, my tastes run fairly simple. I watch tons of documentaries, generally anything to do with oceanography, marine biology or military history. I’m also a sucker for terrible jokes and puns. Typically, I’m reading, writing or playing music if I’m not working.

I’m also not a fan of small talk. I like to jump into the middle of a conversation and get the heart of a topic. So, feel free to reach out and start a conversation.