An alternate name for this read could be Men Behaving Badly.

The testosterone levels were off the chart from the beginning. These guys had to get it together if they were going to save Emma.

But no matter how many men loved her and wanted to save her, Emma had to save herself. Remembering what she’d hidden for a lifetime… and giving voice to it is the only way she can let go and move on.

And… defeat her emotional demons and real-life monsters.

Emma’s a good character, though her heart is easily touched. Rick, Andy, Chance, and slimeball Jarrett all love her… and she loves them, but in different ways. Who will win her heart? And who gets to kill Jarrett? HA!

Book 2 is lighter as it’s more emotional and Emma-focused… when the guys aren’t roid-raging at each other. There were more than a few moments I thought Emma should rescue herself… and leave the country! HA!

Knowing Jarrett the way they do, the group knows he will never stop his pursuit of Emma and they hatch a plan to draw him out. It doesn’t quite go as planned and the story ends much like it began… with Jarrett fleeing the scene with Emma.

Though this is Emma’s story, this character-driven read does an excellent job of showcasing the myriad of emotions and sacrifices men go through for love. Okay, that does not include Jarrett, the slimeball!

I strongly recommend reading book 1 first for a better understanding of the backstory and character motivations.

Emma’s world is rocked as the real monster lurking in the shadows is unveiled.

Emma Andrews’ last memory of her mother is seeing her bleeding to death on the bathroom floor. Several years later, Emma is kidnapped and forced to face the same monster that killed her mother. Quickly, Emma—a daydreamer with an inventive personality—must learn to separate her fantasies from reality in order to differentiate friend or foe.

As secrets unfold and the shadows emerge, Emma wonders if she can endure reliving the trauma of her past. One thing she does know for certain—she can’t do it alone.

Will Emma escape from this monster alive? Will Chance still love her after she reveals her past? Or, will someone new teach Emma the true strength hiding within her? 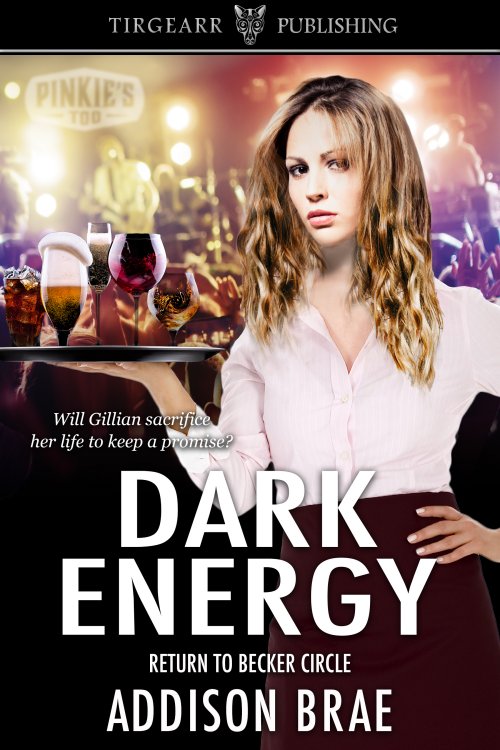 Cybercrime doesn’t talk. It creeps in and destroys lives right under Gillian’s nose when a cryptojacking scheme lands her boss, Pinkie, in jail. Gillian had just started over with a new career, boyfriend, and confidence after escaping a vicious murder investigation that shattered her ability to trust. Then Pinkie’s arrest leaves her struggling to run his two bars while also unraveling the conspiracy.
Gillian will not let her mentor and friend go down for something he didn’t do. Neither will Jon, the most talented musician on the bar’s stage and the perfect boyfriend…until his good fortune sends her reeling. Gillian forces herself to trust the cops, people who hurt her, and known criminals. Will it be enough to free Pinkie and save her life?

When I approach the entrance, a man with a tablet computer approaches my car. “Your name, please? And why are you visiting the FBI today?”

He fingers through pages on his screen. “Your purpose for seeing Mr. Cunningham?”

I shift in the driver’s seat. “I manage a business he owns. I need to talk to him about work—I mean what to do while he’s away.”

“You’re not listed.” The arm holding the computer relaxes to his side.

“I’ll make a quick call.” He walks away with a phone to his ear. In a few seconds, the gate opens, and he waves me through.

I let out the lungful of air I’ve been holding and drive. Hurdle one crossed. Three flags line the entrance like they’re waving me away, or maybe they’re inviting me in. Either way, I march through the heavy glass doors, step through the metal detector, follow the signs through the cold marble and stainless steel lobby to the visitor area, and wait.

A lawyer-like young woman in a gray suit taps on her laptop across the otherwise empty room. I feel underdressed. Footsteps echo toward us, and my heart beats as fast as her fingers type. It’s a man in a dark blue suit, his eyes on me.

“Ms. Davis? I’m Agent Redman.” His voice is gentler than I expected. “Come with me.”

While we walk, the million questions I have for Pinkie parade through my head.

What happened? Who would do this to you? When will they let you out? What do I do at work tomorrow? Is your lawyer one of those hotshots who only represent innocent people? Do you have a lawyer?

He opens the door, revealing Pinkie sitting on the edge of a chair in a small room. Dark circles have bloomed like he didn’t sleep last night.

“Gillian, you’re a sight for sore eyes.” He motions to the chair on the other side of the table. “Make yourself comfortable. Can I get you a glass of wine?”

A laugh overpowers my questions. “You can still keep your sense of humor. How are you?” 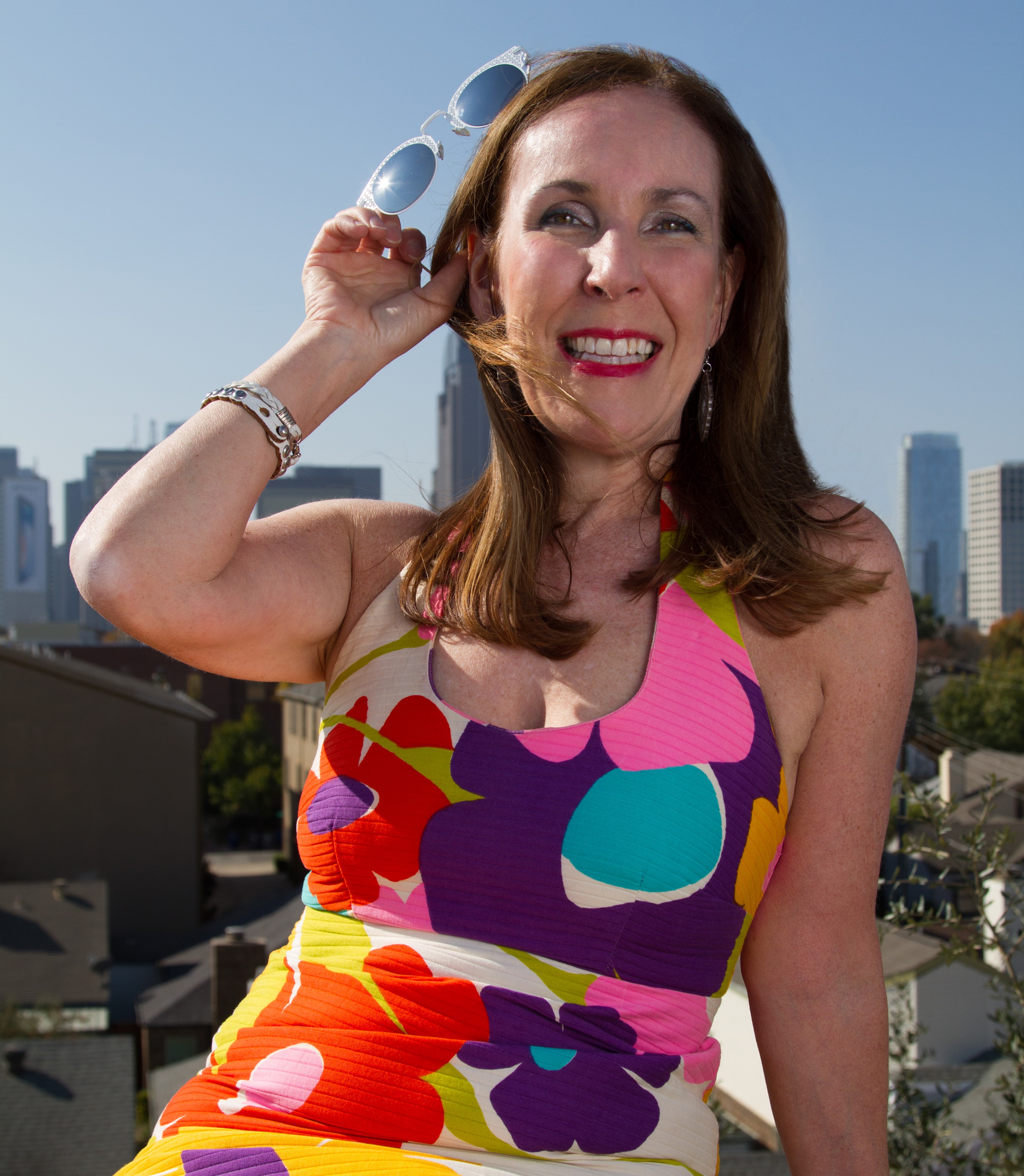 Addison Brae lives in Dallas, Texas on the edge of downtown. As a child, she was constantly in trouble for hiding under the bed to read when she was supposed to be napping. She has been writing since childhood starting with diaries, letters and short stories. She continues today with articles, video scripts and other content as an independent marketing consultant.
Addison writes new adult and adult romantic suspense and young adult contemporary fiction. When she’s not writing, Addison spends her time traveling the world, collecting interesting cocktail recipes and hosting parties. She’s still addicted to reading and enjoys jogging in her neighborhood park, sipping red wine, binge-watching TV series, vintage clothing and hanging out with her artistic other half and their neurotic cat Lucy.
Contact Links
Website
Facebook
Twitter
Blog
Goodreads
Instagram
Youtube
Bookbub

Allow me to introduce myself.

My name is Tyler Hayes, and I’m a fireman.

Sorry to already disappoint you, but I’m not the person you think I am.

My charming uniform and seductive smile have caused nothing but trouble, and my not-so-honourable reputation, which I used to be so proud of, has kept me away from the one person I wanted to spend the rest of my life baking cookies for; my sweet, beautiful, slightly crazy Miss White.

I guess now I need to tell the whole story.

At forty years old, following years of self-sabotage, I’ve suddenly found myself admitting that I know absolutely nothing. Maybe my friend Niall was right when he told me to accept the process and just grow up. And now it’s too late; I’ll never be able to keep her close to me. All that’s left to do is watch helplessly – but deservedly – as my world comes tumbling down around me.

A. S. Kelly was born in Italy but lives in Ireland with her husband, two children and a cat named Oscar.

She’s passionate about English literature, she’s a music lover and addicted to coffee.

She spends her days in a small village North of Dublin, looking for inspiration for her next stories.

Rainy Days is her debut novel.

Emma’s world is rocked as the real monster lurking in the shadows is unveiled.

Emma Andrews’ last memory of her mother is seeing her bleeding to death on the bathroom floor. Several years later, Emma is kidnapped and forced to face the same monster that killed her mother. Quickly, Emma—a daydreamer with an inventive personality—must learn to separate her fantasies from reality in order to differentiate friend or foe.

As secrets unfold and the shadows emerge, Emma wonders if she can endure reliving the trauma of her past. One thing she does know for certain—she can’t do it alone.

Will Emma escape from this monster alive? Will Chance still love her after she reveals her past? Or, will someone new teach Emma the true strength hiding within her?

T.L. Mahrt is a former business owner, where she utilized her education in cosmetology, barbering and massage therapy for several years. She was raised on and is currently living on a farm in Nebraska, where you can find her running barefoot in the country side with her loving husband and inspiring children and massive dogs.

After having her son, who was born with Cerebral Palsy, she made the life altering decision to stay home to care for her two children and pursue her love for writing. She has a love for romance and poetry where, her overactive imagination, along with her adventures and up beat lifestyle drives her inspiration for her writing.

When Amy Ashton’s world came crashing down eleven years ago, she started a collection. Just a little collection, just a few keepsakes of happier times: some honeysuckle to remind herself of the boy she loved, a chipped china bird, an old terracotta pot . . . Things that others might throw away, but to Amy, represent a life that could have been.

Now her house is overflowing with the objects she loves – soon there’ll be no room for Amy at all. But when a family move in next door, a chance discovery unearths a mystery long buried, and Amy’s carefully curated life begins to unravel. If she can find the courage to face her past, might the future she thought she’d lost still be hers for the taking?

Perfect for fans of Eleanor Oliphant and The Keeper of Lost Things, this exquisitely told, uplifting novel shows us that however hopeless things might feel, beauty can be found in the most unexpected of places.

Eleanor Ray has an MA in English Literature from Edinburgh University and works in marketing. She lives in London with her husband and two young children.

Eleanor was inspired to write Everything is Beautiful by the objects her toddler collects and treasures – twigs, empty water bottles and wilting daisies. She is currently working on her next novel.