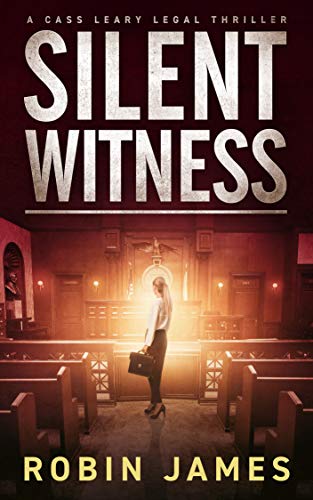 A wealthy couple is brutally murdered in their kitchen. The only witness, their six-year-old daughter goes missing. The child’s birth mother is charged with the crime.

Small town lawyer, Cass Leary takes the case that could rip her family apart. Her sister Vangie stands accused in the double homicide of an affluent, Ann Arbor couple. All the physical evidence points to Vangie’s guilt and Cass knows she’s been keeping secrets. But, is she truly capable of murder?

As Cass digs deeper, dark suspicion grows against her own sister. It’s a race against time as the clues pile up against Vangie and the chances of finding her little girl alive dwindle. To find the truth and unmask a killer, Cass will have to risk her reputation and her life.

Silent Witness is the second book in series of high-stakes legal thrillers. If you like blood-pumping action, compelling characters, and twisted crime conspiracies, then you’ll love Robin James’s page-turning tale.