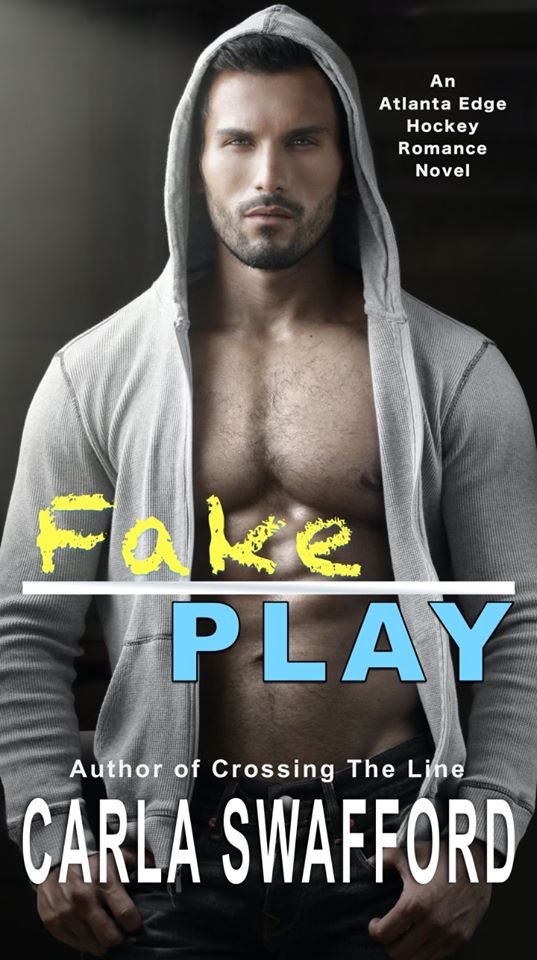 Connor Ellison, one of Atlanta Edge’s best wingers and biggest prankster, is given an ultimatum by the coaches and the PR department. He must stay married until the end of the run for the Cup or be available for trade.

Lily Jones wants nothing to do with the insane demand. But he convinces her
the best decision is to play along. If they remain married and pretend to be
in love, he offers to save her family’s ice rink from bankruptcy. Anyway,
it’s only until the end of the hockey season. Then they can go their
separate ways. 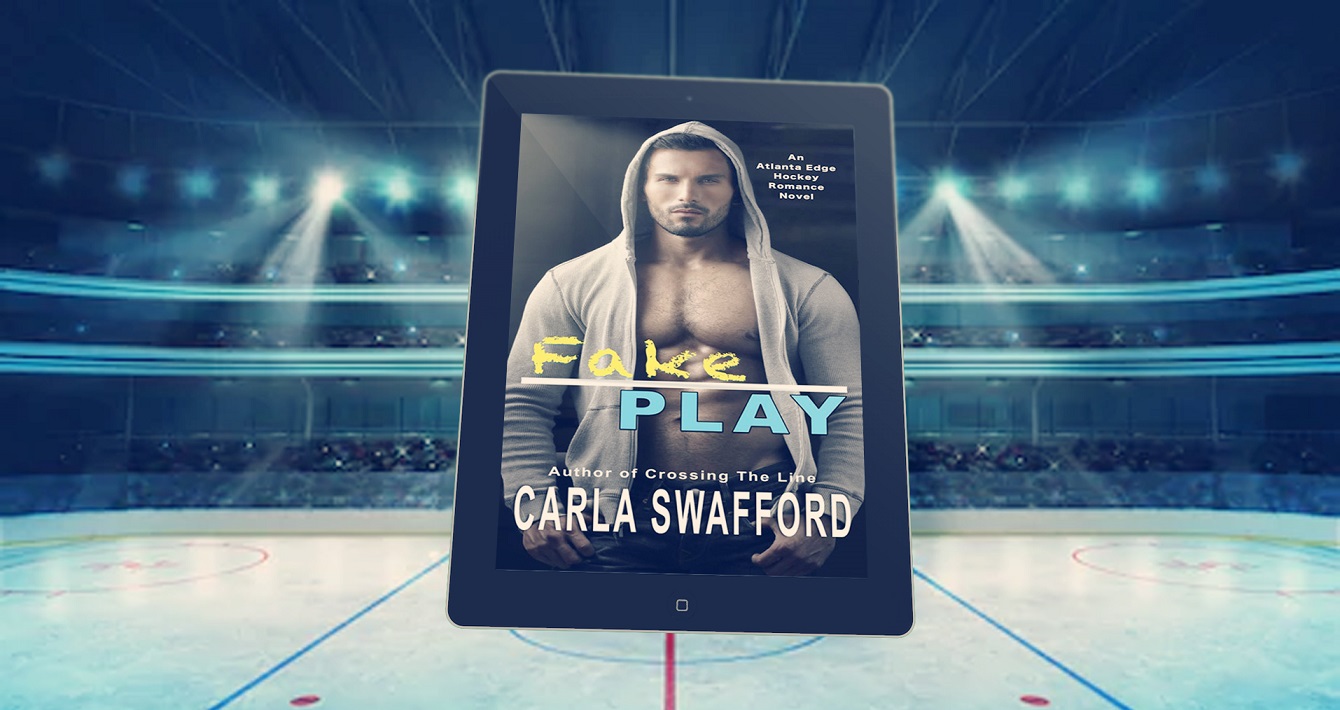 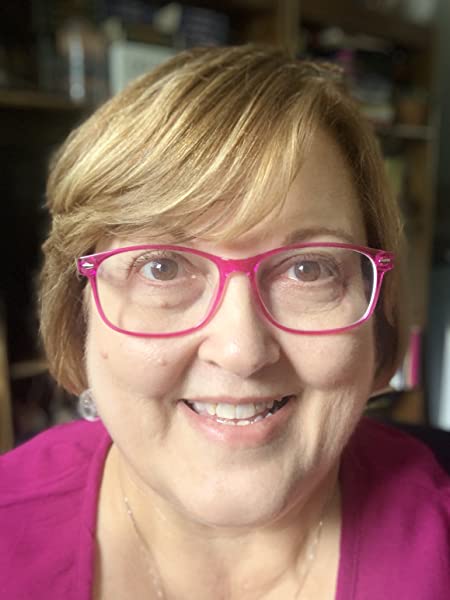 Carla Swafford loves romance novels, action/adventure movies, and men, and her books reflect that. And that’s not all, she’s crazy about hockey, and thankfully, no one has made her turn in her Southern Belle card. She’s married to her high school sweetheart and lives in Alabama.

Kelgan Defthand is used to being top dog at the Academy of Magic where he
is Senior Apprentice Mage. Compared to his peers, he’s faster, more
skillful, and well aware of it, but when he finds himself beset by fearful
voices that come in the night, his confidence is shaken.

Adding to his worries, Kelgan is summoned to the headmaster, Sargal’s
presence; it looks like he’s really in trouble. But to his
bewilderment, he finds he’s being sent on a “mission” with
two very hostile-seeming aristocratic twins, Neroma and Nevander Di
Nerrill.

Upon embarking on this mission with the twins, Kelgan soon realizes the
world outside the cloistered Academy is a bit different than he imagined.
First of all, there seems to be women doing magic! Secondly, he’s not
the only one hearing voices.

Following a strange compulsion, Kelgan and the Di Nerrills find themselves
seeking out the source of the voices, hoping to put an end to it.

The fateful journey tests Kelgan’s underdeveloped skills to the
limit, and could come at an unbearable cost to both to him and his
companions. Once Kelgan accepts the challenge of Magehood, there’s no
going back.

Excerpt
The work went swiftly. Two flame-throwers—in spite of the concerned voices, Ezrael insisted on being one of the carriers. “Cain’t do better, I jes’ stand and let ’er rip.”
And two drones. Cal looked far from satisfied, but Kelgan assured him they would work for recon, as well as something else. He refused to explain the something.
“Crows, you want to use crows?”
“They’re smart, and I’ve placed a homing spell on them.”
“What’s the plan?”
“Don’t have one.”
Cal groaned. “It’s going to be like the tavern owner. We just walk in and say, ‘We’re back to save the world.’”
“Yep.”
O
Cal shook his head in wonder. “They even shook our hands.”
Kelgan repressed a giggle. “Just a touch of persuasion.”
“You spelled them.”
“As I said, just a touch.”
“I keep forgetting you’re not me.”
Kelgan eyed him quizzically. “That was an ‘interesting’ thing to say.”
Cal shifted his feet, looking uncomfortable. “Let’s get busy.”
Laden with their hastily assembled equipment, they rejoined the rest of the group, who paid them no attention. So busy with their toys, the two had completely missed the combined outward gaze of the others. Turning their heads, they followed the line of sight and drew in simultaneous breaths. The enemy, who had evidently watched all, was well ahead of them. The red-and-black army stood at the ready—seeming to number in the thousands. Knowing that could simply be illusion did not reassure them. At the forefront hovered the sorcerers, wearing robes that trailed off behind them into mist and gave them the appearance of black thunderclouds. Kelgan was sure that was no illusion.
“Uh,” he said stupidly.
Only Neroma responded, swinging her head in their direction just a bit. “They wait.”
The fur of her voice blanketed him for a moment, leaving him short of breath.
He shook his head to clear it, saying, “Well, let’s not disappoint them.”
Without another word, he directed a concentrated blast of energy to the first rows of the army. Those turned out to be real, at least, as they transmogrified into twinkling atoms, which then fell like raindrops onto the now-scorched earth.
A gasp arose from the facing soldiers. For a moment, they quailed visibly. The brief flash of triumph Kelgan allowed himself was cut short by the nearly instantaneous return blast from the younger sorcerer.
Even aided by Neroma and Nevander, Kelgan barely managed to divert the energy back onto the facing army, thereby taking out another two or three rows.
No time to be cocky, he thought, that was nearly fatal.
He fired off another blast. This time the opposition was ready—as one, the soldiers dropped to their knees, and the energy sailed over their heads to knock off a corner of the gloomy castle.
However, they failed to notice Cal, who was now in command of his deadly flamethrower. A low charge, directed just above the ground, caught the red-and-blackers by another unpleasant surprise. Closing his eyes to the charred corpses that now littered the ground, he paused only when he had to refuel.
Too easy, again, too easy, too easy, beat in Kelgan’s head like a drum solo. He glanced behind him. Ez was slumped over the now empty goat-cart, and Teri was staring in horror at the now empty uniform of her sister, Cenci.

Recently retired from a job as a university professor, and looking for a diversion in sunny Southern California, Loran Holt did what any Southern California does – took up writing, of course. Feeling that sword and sorcery fitted her personality admirably, she set her sights on that genre. Nightmasters is the result, and her first work of published fiction, but she is already the published author of two books on the Silent Film era, with a third on the way.

Kiss the Blarney Stone, Hope Dunn is going to need some good ole fashion Irish luck! In the chaos of tax season the Arizona accountant is pulled away to stand in her cousin’s wedding. All it takes is one step back in the Big Apple, and she regrets making the trip. True to character, her mother uses their time together to hound Hope about getting married and settling down.

Still, Hope fulfills her bridesmaid obligations by joining the bridal party for a shamrock wearing, pint chugging St. Paddy’s day blow out. There she runs into best man—and smokin’ hot ginger—Kellan Townsend. Far too much green beer later, she finds out exactly what that fine Irish lad keeps under his kilt.

Afterwards, Hope wants nothing more than to walk of shame her way into a dark room and nurse her hangover. Unfortunately, wedding demands won’t allow it. As if facing Kellan isn’t awkward enough, her mother picks that moment to launch into a fresh guilt-trip over her lack of grandbabies. Like a lucky little Leprechaun, Kellan cuts in with a magical offer.

A pretend romance, to get her mother off her back, seems like a wish granted. But Kellan has an agenda all his own. Can he use this opportunity to jig his way straight into Hope’s heart? Or will he need a four-leaf clover to get past this workaholics defenses?

Pre-Order the Rest of the Series Today!!

For Piper Jackson, she once had it all. A charming husband, two beautiful children, and a happy life. But the life she deemed as perfect was all yanked from her the day her husband died. Forced to move back to her small hometown, Piper must somehow start over and find solace in the wreckage of her life.

Charles Brewer appears to be a friendly neighborhood handyman, Deacon, and faithful pillar of the community. But underneath his kind smile there is a dark energy lurking.

When Piper meets Charlie, she deems him as a godsend at first. The overly helpful Deacon appears to be eager to help the single mother through her rough patch. Soon, a spike of tension wedges itself between Piper and Charlie when boundaries are crossed and Charlie’s true intentions are exposed. In this heart-stopping psycho-thriller, Piper finds herself in the fight of her life as a predator is on the hunt and has Piper in his sights. With twist and turns this novella will leave readers on the edge of madness until the very end.