In this five-minute story, you can teach a child why selfishness is harmful and the good that comes from sharing.
Share, Share, Share! is an emotionally intelligent, rhyming story about a child’s reluctance to share and a parent’s gentle reminder of the benefits that you experience when you allow others to be involved.“When it’s time to play, I always hear momma say, “Share, Share, Share.”
“But those toys are for me! No one else can see.”
“Share, Share, Share.”
“Momma says, Sharing gives others a chance.”
“Keeping toys to myself is a mean stance.”

Social/Emotional learning is an important aspect for the development of the whole child. Sharing is a social skill that teaches children how to develop a bond with those around us. Use this quick read with a toddler or older child as an introduction to manners and values.

This is the first of seven books in the new Khahari Jr series! This diverse, picture book series is focused on sight word development and social/emotional skills for children.

My Colors and Shapes

Blaze is the fourth book in the Men of Inked: Southside series and features Lily Gallo.


Lily Gallo prided herself on her pristine reputation.

A dedicated bookworm.
An awkward goody-two-shoes.
Lover of fiction more than reality.

Jet Michaels had always had a broken moral compass.

A cocky egomaniac.
An unashamed womanizer.
Craving adventure instead of responsibility.

Lily never expected to come face-to-crotch with her old high school crush, and she never dreamed he’d make her an offer she couldn’t refuse. But what was supposed to be a platonic arrangement quickly spiraled out of control.

Can the inexperienced nerdy girl tame the notorious player?

Or will he peel back her pages, exposing the wildcat hidden underneath?

Blaze is the fourth STANDALONE novel in the Men of Inked Heatwave series!

Have you met the newest Gallos?

USA Today bestselling author Chelle Bliss currently lives in a small town near the Gulf of Mexico. She’s a full-time writer, time-waster extraordinaire, social media addict, and coffee fiend. She’s written over ten books and has two series available. She loves spending her free time with her boyfriend, 2 cats, and her hamster.
Before becoming a writer, Chelle taught high school history for over ten years. She holds a master’s degree in Instructional Technology and a bachelor’s in History. Although history is her first love, writing has become her dream job and she can’t imagine doing anything else.
http://chellebliss.com/
https://www.facebook.com/authorchellebliss1
http://chellebliss.com/newsletter/
https://twitter.com/ChelleBliss1
https://www.instagram.com/authorchellebliss/ 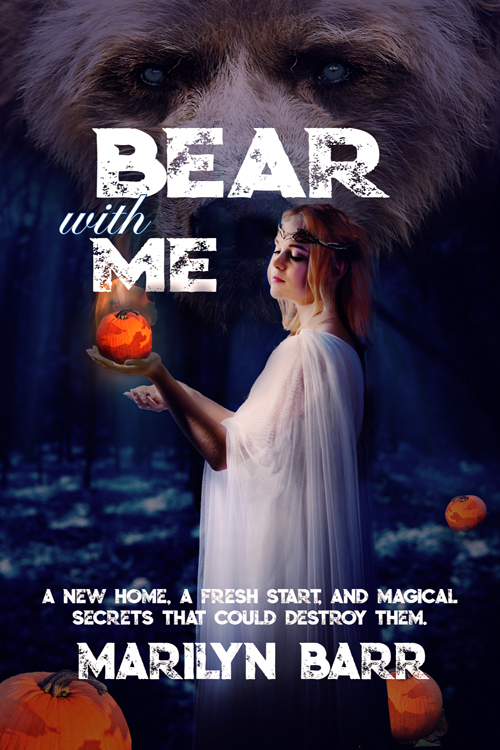 Blue eyes, dimples, and silky brown hair; Grant Luther has all of Alison’s weaknesses.
When he asks for one last chance to save their marriage, she agrees to relocate their family to isolated Strawberry, Kentucky in pursuit of his career dreams. Grant views Alison’s sensory issues as limitations and protects her from outside threats. When he finds his new job includes changing him into a shifter in a war against the soul-sucking Sluagh he vows to keep the changes a secret. What he doesn’t know is Alison has been hiding a magical secret of her own. One that makes her a target of the Sluagh.
Will Alison emerge from Grant’s shadow to protect her family? And can Grant learn that being different can be a strength not a weakness?

Marilyn Barr currently resides in the wilds of Kentucky with her husband, son, and rescue cats. When engaging with the real world, she is collecting characters, empty coffee cups, and unused homeschool curricula.
She has a diverse background containing experiences as a child prodigy turned medical school reject, biodefense microbiologist, high school science teacher, homeschool mother of a savant, and advocate for the autistic community.
She would love to hear from readers via her website: http://www.marilynbarr.com.
Contact Links
Website
Twitter
Facebook
Instagram
Amazon author profile
Goodreads

Thought-provoking, powerful, and revealing, this anthology is composed of 28 dark stories and 14 poems written by African-American women writers. The tales of what scares, threatens, and shocks them will enlighten and entertain readers. The works delve into demons and shape-shifters from How to Speak to the Bogeyman and Tree of the Forest Seven Bells Turns the World Round Midnight to far future offerings such as The Malady of Need. These pieces cover vampires, ghosts, and mermaids, as well as the unexpected price paid by women struggling for freedom and validation in the past.

“This anthology is historic in its recognition of women of color writers in a genre that usually doesn’t know what to do with us.”  —Jewelle Gomez, author, The Gilda Stories

“The daughters of Africa always have been beset by horrors on these shores. This groundbreaking anthology of stories and poems courageously explores and deconstructs horror tropes of monsters, spirits, curses and death through the experiences of African-American women shaped our shared history.  My love for horror began with my mother, the late civil rights activist Patricia Stephens Due, who taught me that art could be a healing way to confront and give coherence to our more dangerous passages in life. That is the essence of this volume. Contributors to Sycorax’s Daughters range from established authors like Sherée Rene Thomas to newcomers, all of them writing with passion and power to delight, inform and intrigue you—oh yes, and to haunt you, body and soul.”  —Tananarive Due,author, My Soul to Keep

“Shakespeare stole Sycorax’s point of view from the world. Sycorax’s Daughters draws that perspective to the fore, allowing Black women to explain themselves, and the evils they have experienced, to the delight of readers who are ready to hear.”  —Book Riot

“Sycorax’s Daughters is imaginative, lyrical, intelligent, beautiful, and terrifying. The editors, Kinitra Brooks, Ph.D., Linda D Addison, and Susana Morris Ph.D. chose powerful stories, poems, and novel excerpts. When you read them, you step into another world. Within these pages, monsters receive fresh and startling retellings. Vampires aren’t tired, Transylvanian Princes. They are far more deadly and erotic. Mermaids are outcasts among their own kind, demons require vengeance, monsters prey upon males (and wear interesting footwear), paranormal detectives investigate, and ghosts seek to leech off the living. I’ve read many anthologies. Most have included big name horror authors. None of these previous anthologies thrilled me as much as this one. I kept expecting to find a lump of coal among the gems. I never found one. I don’t think you will either.” —Natching T. Kassa, horroraddicts.wordpress.com

“Sycorax’s Daughters is an anthology displaying the deep creative minds of a group of knowledgeable writers and recent to the genre women writers of color. Wonderfully written and crafted, this anthology is a new classic. A mixed bag of poetry and short stories, these woman writers present a gift to us, the reader of tales of things that go bump in the night or rise up from a mist in the bayou during the witching hour. Women Griots of darkness they are. I once wrote that the black experience in horror is a dual track in that we as a people enjoy the genre in all of its forms but also from a historical view suffered it. This anthology enforces my view. It also bridges the work and legacy of Jewelle Gomez, Tananarive Due, and the immortal L.A. Banks. Edited by award-winning author Linda D Addison, Kinitra Brooks Ph.D., and Susanna Morris Ph.D. with added editing by Wei Ming Dariotis Ph.D. Forward by Walidah Imarisha and introduction by Ms. Brooks.” —James Goodridge, horroraddicts.wordpress.com 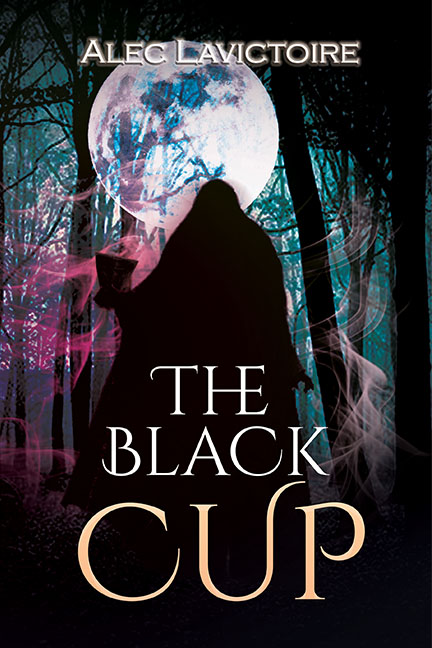 Twelve-year-old Max knows the King wants him dead. Born with his heart outside of his rib cage, Max is abandoned at birth by his father and raised by a kind witch who sacrifices all to keep him safe from the outside world. In time, Max’s father ruthlessly ascends to the throne and becomes the most feared king in history thanks to The Black Cup’s evil powers. When he learns that the baby he abandoned years ago still lives, and is now nearly a man, the King orders his troops to find and kill Max so that his rule will go unchallenged by his own blood. Rather than run away from the danger, Max embarks on a journey toward the city to seek his father and prevent further destruction of the kingdom and its people. That’s where the witch, the King, and Max are set on a collision course. The world they have known, and the lives they have lived, will be changed forever.

He took the cup in his large hand and brought it to his lips. He examined the coarse black mineral the cup was made of. It appeared to be so dark as to absorb light. He felt the liquid travel down his throat and his thirst was quenched as it had never been before.

“Your son still lives at this hour. He is with a witch. She is cunning. I would suggest you take care of the matter as soon as possible.”

The effects of the drink were beginning to take hold. His mind filled with euphoric visions of bloody triumph. He could feel the sheer power coursing in his veins.

“You mean for me to return in that maze to slay a mutant baby?”

“If he is your only blood as you say, then he is the only one who can ever stop you.”

“If he lives to see the sun rise, I would be stunned. He will not grow to be a warrior with the strength to slay me.”

“Very well. However, the possibility is there. Know that once you leave this forest you may never return. It is forbidden.”

“That is of little concern.”

William filled the cup from the bottle again and downed its contents. His grey eyes grew darker. He could see clearly in the darkness now.        The old man’s eyes before him were a milky opalescent. A blind man in an abandoned tavern in the middle of nowhere. This was either an old fool or a specter handing him a power from across the divide. He examined the cup again before tucking it securely beneath his breastplate. 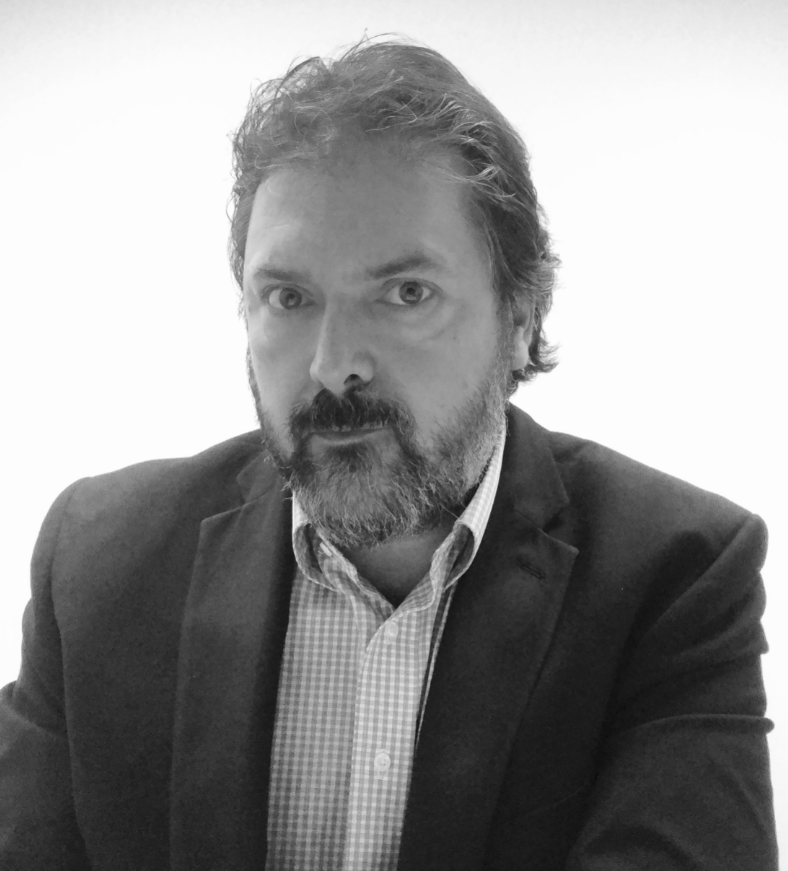 Alec Lavictoire was born and raised in Northern Ontario and now resides in Orangeville, Canada with his wife and two sons who served as the inspiration for the hero of this tale. Alec’s love of adventure has taken him all over the world on extended backpack treks where he thrives on coming up against the unknowns hidden around every corner. Some of Alec’s short stories have appeared in Fiction on the Web, 50 Word Stories, and Commuter Lit. This is his first novel.
Contact Links
Website
Twitter: @LavictoireAlec
Instagram: @lavictoirealec