I, Ellis Rosabell Kennicot, was murdered.

I’ve been tortured ever since, and not just by the frustratingly beautiful Grim that recruited me into Reaper Collective. A little drool and pining won’t stop my supernaturally beating heart. It’s been three years and my persistent death nightmares have become a total snooze-fest, but the who and why gnaws on my nerves at night. If I can keep kicking soul-collecting ass and keep my mouth on a tight leash, I just might get the answers I’m dying to know.

The problem? Souls have been extra ornery lately, morphing into Glitches (picture truck-sized black holes) that make my job a lot harder. While on a routine assignment, I hear an otherworldly siren cry that transforms my tamed objective into a carnivorous Glitch.

Turns out I’m the only one who can hear the devil’s sound. So, I’m handed everything I’ve been wanting on a silver platter: A sweet undercover gig with free reign in the physical world, and an even sweeter apartment in the big city. But no sweet thing comes without its cost.

I’ve already lost my life. The price this time might be my soul. 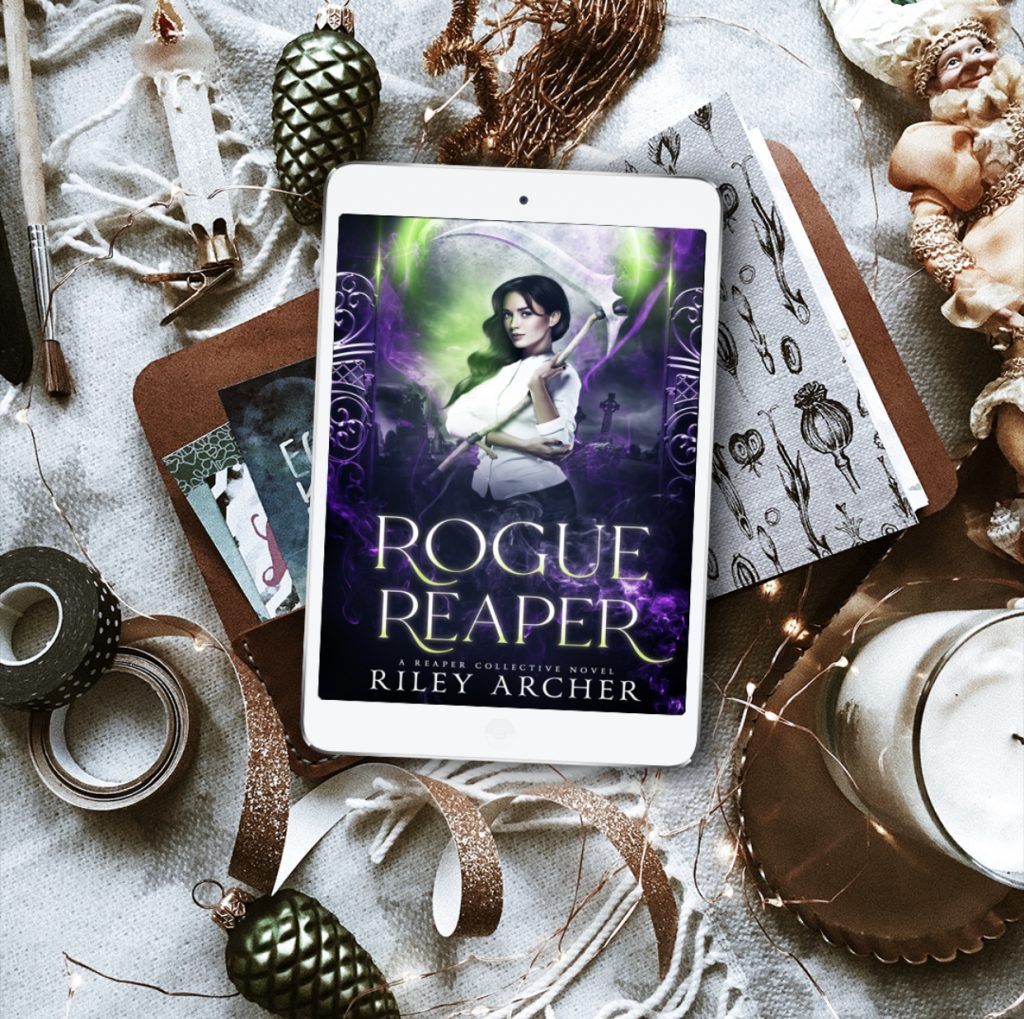 Riley Archer is a paranormal and urban fantasy-loving writer who firmly believes snark, scheming, magical beings, and disaster is a recipe for delicious adventure. Everything she writes is sure to dabble with this formula, and it may or may not get explosive. When she’s not buried in bookish things, she’s probably lost outside somewhere or being smothered by her two furry beasts.

Alison Maglaughlin is a narrator, blogger, artist, lover and learner of languages from rural USA. Her hobbies include skateboarding, traveling, collecting trinkets and calling home. She lives in Amsterdam with her sister and travel companion, Maciah. The two of them are having a silly goose time in a hostel somewhere.