A few years ago when I lived in France, on a bright, sunny but chilly Sunday morning, we had a visitor. Outside the glass patio doors that led from our dining kitchen to the garden, there was a small area of wooden decking. On that morning on the decking, we had a visitor. A wild dog fox.

It seems that in many towns and cities in the UK, foxes routinely scavenge for scraps after dark. They have learned two things about human animals: that they are best avoided in daylight hours and that they are a good source of edible scraps. Like their country cousins, urban foxes have to fend for themselves. These days when CCTV is everywhere, foxes are seen regularly on camera in the unlikeliest of urban habitats. Let’s face it, even scavengers have to live. But they are invariably scruffy, unkempt and generally regarded as vermin.

Our visitor was the very opposite. When I looked up from my corn flakes and saw him standing there just six feet away, I was astonished. He was big, really big, in size somewhere between a Labrador and a Dobermann. His coat was clean and in perfect condition and his eyes inquisitive and bright. But the most amazing thing about this beautiful creature was his attitude. He stood still for about half a minute, examining us through the glass patio door.

Did I detect a look of pity for the humans trapped behind the glass? Perhaps. He, on the other hand, was free. His curiosity satisfied, he turned and, in no hurry at all, loped away into the garden.

Never before in all the years that we had been living in France had we seen a fox, never mind one almost close enough to touch. Thank you, Mister Fox. It was a privilege to meet you.

The world’s first earth-orbit passenger plane, the sensational Celeste Three, takes off from its base in Arizona, also the only place where it is designed to land. On a routine flight the craft disappears.

On board is Viktor Karenkov, billionaire oil magnate who has used his wealth to evade prosecution for a murder he committed years earlier. Gregory Topozian, the murdered man’s friend, has been waiting for a chance to bring Karenkov to justice. With dogged determination and considerable ingenuity, he conceives an audacious plan.

Getting the craft down in total secrecy is key. And someone has to pay the huge costs  involved. 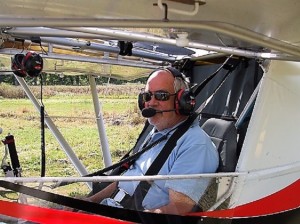 After ten happy years of retirement in rural France, Chris Calder is back in England. He came late to writing novels, penning his first whilst incarcerated in a French hospital following cancer surgery. At the time he spoke little French. Unable to communicate effectively with the staff, he spent his time fleshing out his first novel. Five more have followed; light thrillers leavened with humour. Best of all, the cancer is now history.

Chris knows that readers of fiction expect to be diverted and entertained. He loves feedback and believes passionately that taking on board readers’ views improves what what he does. You can email him at chris@chriscalder.com. Go on, he’d love to hear from you.