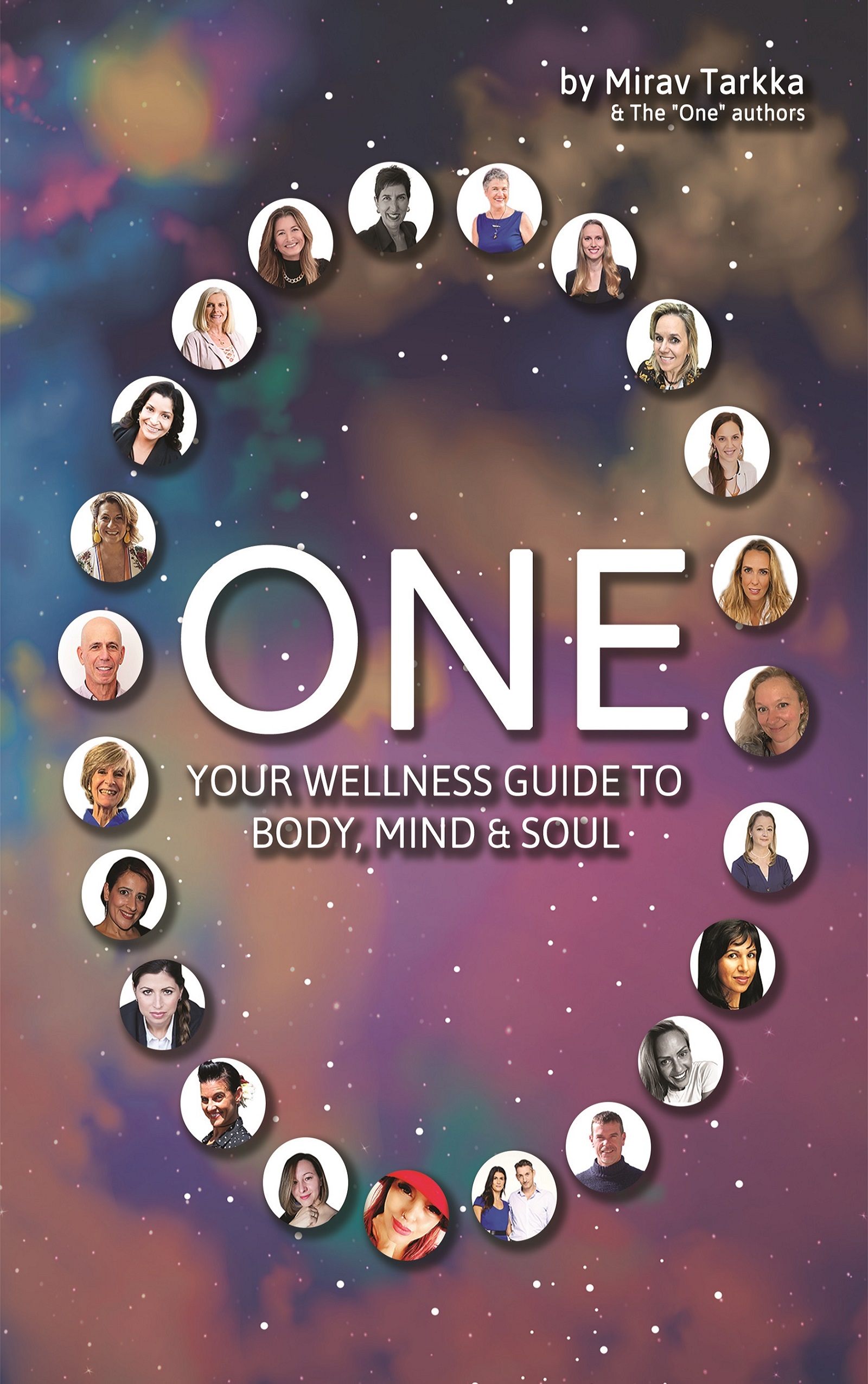 We are all looking for balance and happiness in life. Today’s society certainly isn’t making it any easier to achieve that elusive blend of health, success and well-being.
ONE is the ultimate wellness guide on balance between Body and Mind, a winning combo of 22 therapists, handpicked by Mirav Tarkka, on the subject of improving your well-being. Accessible, easy to read and full of practical tips this is book is a must have, a perfect mix of storytelling and hands-on advice on getting to live the life you deserve.
The book talks about different areas of life; nutrition, creativity, sexuality, stress, communication, power finding and creating and lots more are covered to give you a comprehensive insight on the connection between body and mind.

About the Author
Mirav Tarkka is the bestselling author of Undefeatable, founder of Pepper Coaching and host of ONE – the online wellness tv show. She is the brainchild behind ONE the ultimate wellness book written by 20 different experts. A book on the balance between Body and Mind explained from different angles. From how to live life orgamiscally, to releasing your chakras, Chinese medicine, nutrition and the power of words are just some of the subjects covered in the book.
Through her life, Mirav has had her fair share of breakdown moments. She had to rebuild her life from scratch many times while dealing with a roller coaster of emotions, wars, challenges and pain, but she kept going – no matter what.
Through her own profound personal journey, she discovered the power of the mind to be not less important than that of the body. Mirav then created a method which combines strengthening the body while sharpening the mind, in order to help people around the world use their true, raw, authentic power, unleash their inner strength while working on their mind muscles so that they can enjoy every aspect of life to their fullest potential.
Contact Links
Website
Facebook
LinkedIn
email mirav@peppercoaching.online

Josie James and The Teardrops of Summer

Josie James is an ordinary 13 year old until something extraordinary happens during her summer holidays.Whilst staying at her Great Grandmother’s cottage in the country she finds herself swept into the cursed world of Suncroft where it is perpetual winter.Her new friends believe she could be the Chosen One who it is foretold will lift the curse, but there are more pressing matters.

The Teardrops of Summer – magical crystals that render the owner immortal – have been stolen. Along with her telepathic husky-dog Protector Asher and her new friends, Josie must race to find the Teardrops and prevent catastrophe for their world.

Josie James and The Velvet Knife

For you to find the Velvet Knife, you must solve the riddles thrice.” A mysterious hooded figure, known only as the Velvet Knife has appeared in the cursed village of Suncroft. No one knows who he is or what he wants but when he starts leaving riddles around the village, it is time for Josie to return to Suncroft for a second time.

With Asher, her faithful husky Protector by her side, Filan, a half elf, and her great grandad, will they be able to solve the clues in time and discover his identity? The Velvet Knife is not the only one causing problems for Josie. Her rival for the position of the ‘Chosen One’ continues to grow stronger, and now he has a Protector of his own.

What does all this mean for Josie? Is she destined to lift the wintery curse of Suncroft or will another take her place as the ‘Chosen One’?

​Lily Mae Walters chose her pen name in honour of her beloved grandparents who also stare in the Josie James series.

She is married with two teenage children, and two huskies that are the inspiration behind Murphy and Asher in the books.

Lily Mae lives in Nuneaton, England and finds herself using local  places and even her old school in her stories.

Family and friends mean the world to Lily Mae and many will find themselves popping up throughout the series.

Lily Mae also writes for adults under the name of Florence Keeling.