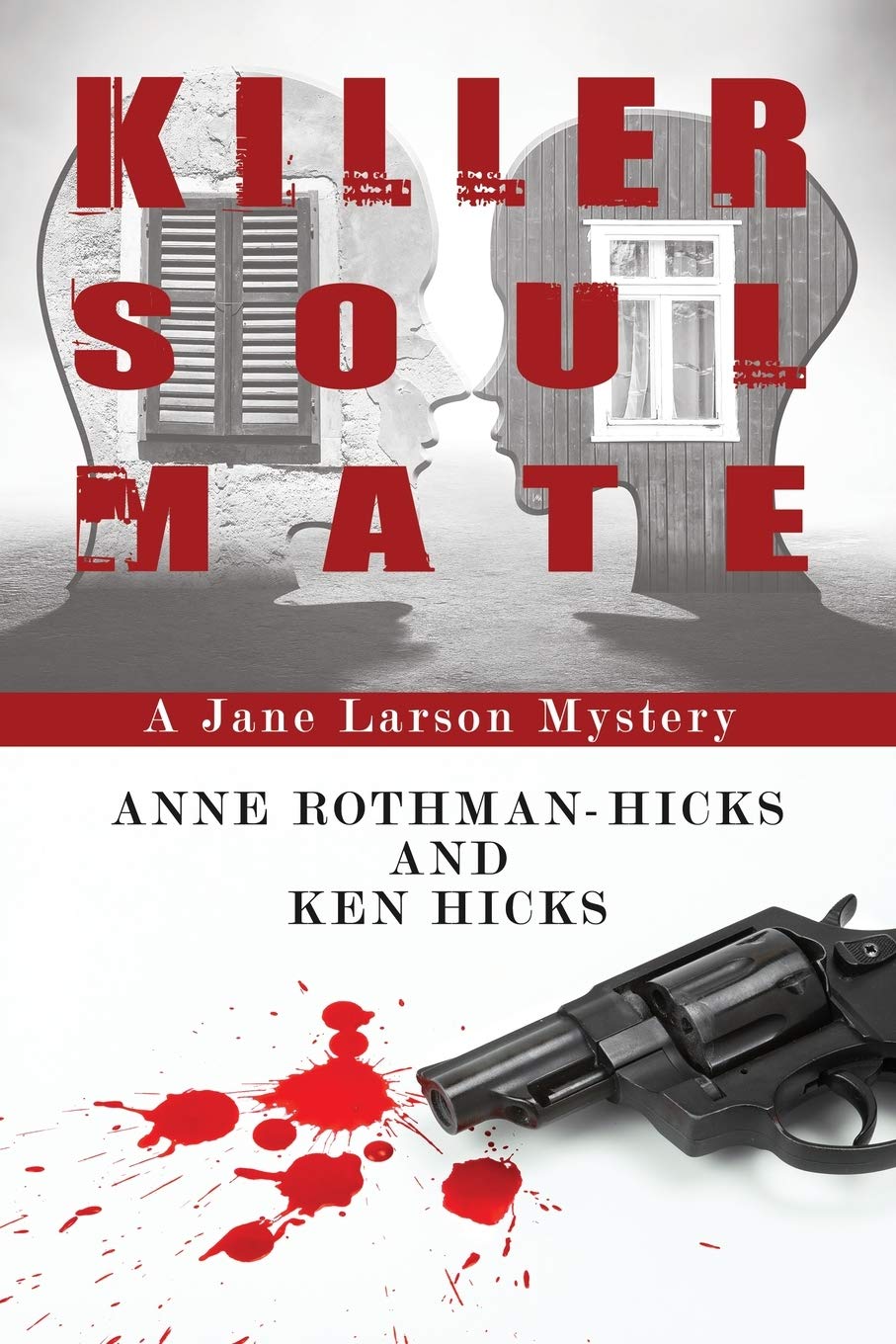 Jane Larson is back, and trouble abounds on New York’s Upper East Side!
A new client hires Jane to undo the terms of a matrimonial agreement with her ex-husband, the owner of a prosperous hedge fund who does not like to lose. At the same time, Jane’s landlord is working to evict her from the storefront law office where her mother had practiced for many years, and Jane is forced to fight to save her mother’s legacy. However, it seems there is no way she can win.
All too soon, the bodies begin to pile up and Jane has to figure out who is responsible before she becomes one of the victims. Meanwhile, a guy named Gary is trying to worm his way into her life, and, even though she thinks he is much too young for her, she starts to fall for him. The problem is that he has a habit of showing up where the murders occur. Can she trust him? 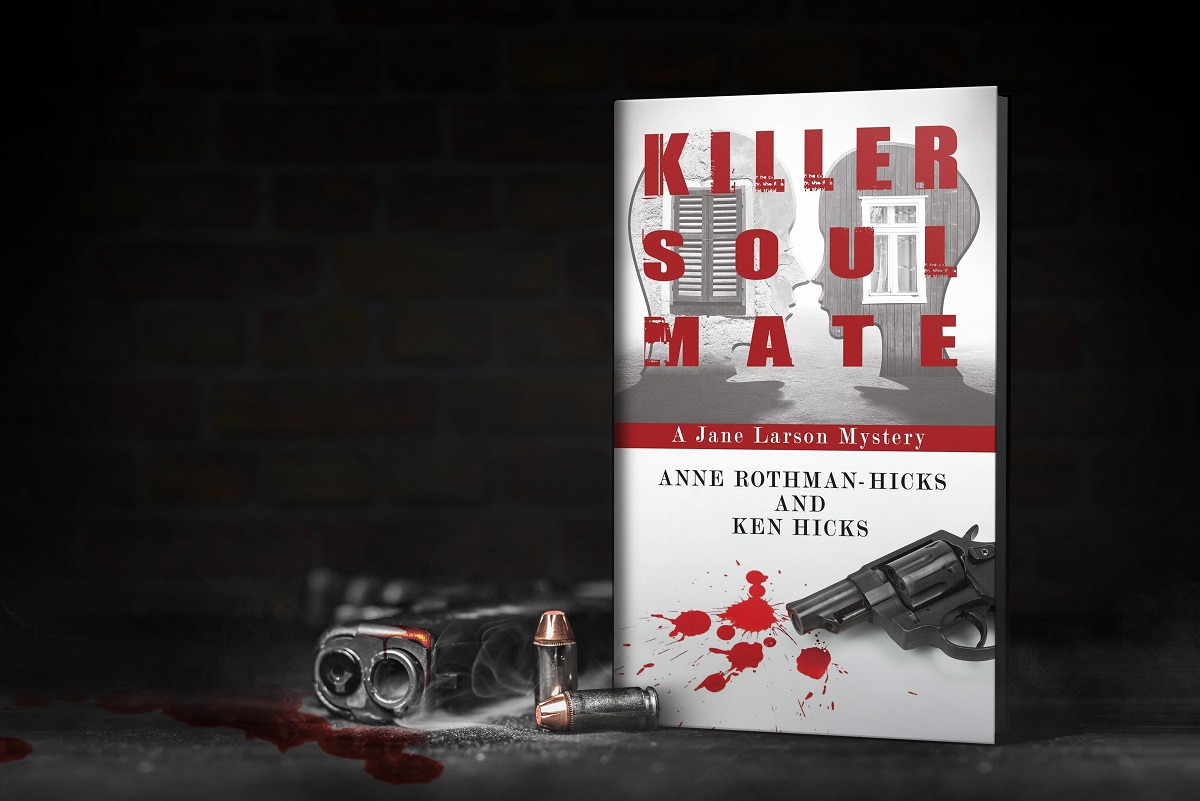 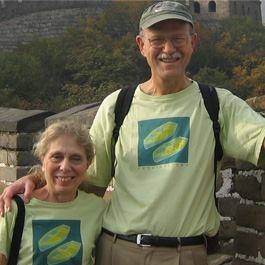 Anne Rothman-Hicks and her co-author, Ken Hicks, have lived and written books together in New York City for over forty-five years. Their Jane Larson Mystery/Suspense novels are set on New York City’s Upper East Side, and KILLER SOUL MATE is the fourth in the series that includes PRAISE HER, PRAISE DIANA, WEAVE A MURDEROUS WEB and MIND ME, MILADY.

Anne and Ken have also created the Alice And Friends series for middle readers, including STONE FACES, BROWNSTONE FACES, and SPLOTCH.
Finally, Anne and Ken have published two books for ‘tween readers, featuring New Yorkers Jenny and James, as well as Whitehair, the talking pigeon they find in Central Park. THINGS ARE NOT WHAT THEY SEEM is set in New York City. REMEMBERING THOMAS, begins in modern-day New York City until Jenny and James step through a time portal and find themselves in the middle of the Battle of Manhattan during the Revolutionary War.
Contact Links
Website
Twitter
Facebook
Promo Link 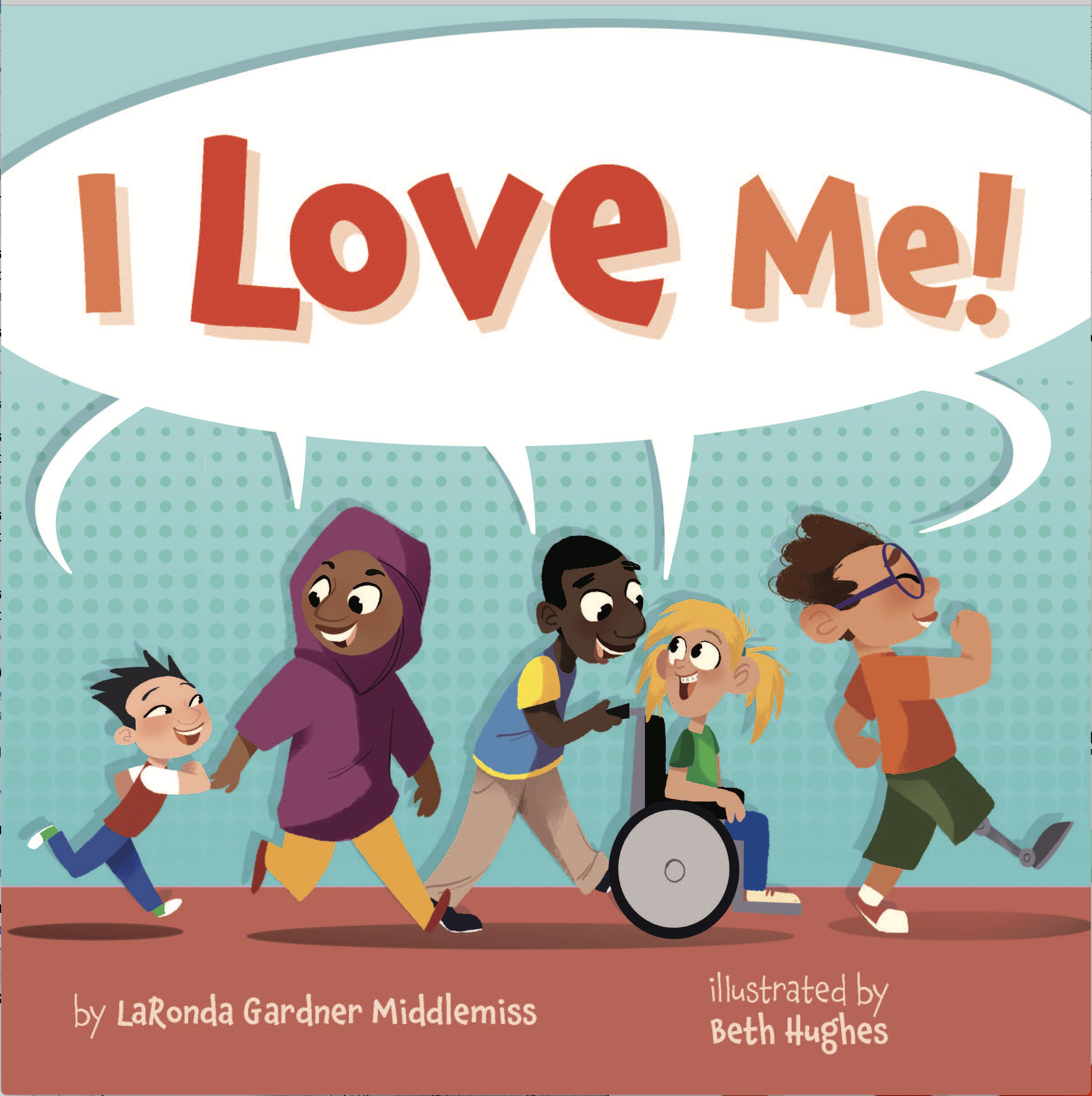 I love me from my mouth and chin
all the way down to my knees and shins.
This affirming picture book features a diversity of races and ethnicities, physical features, body types, abilities and disabilities. I Love Me teaches all kids they have many, many reasons to love themselves. 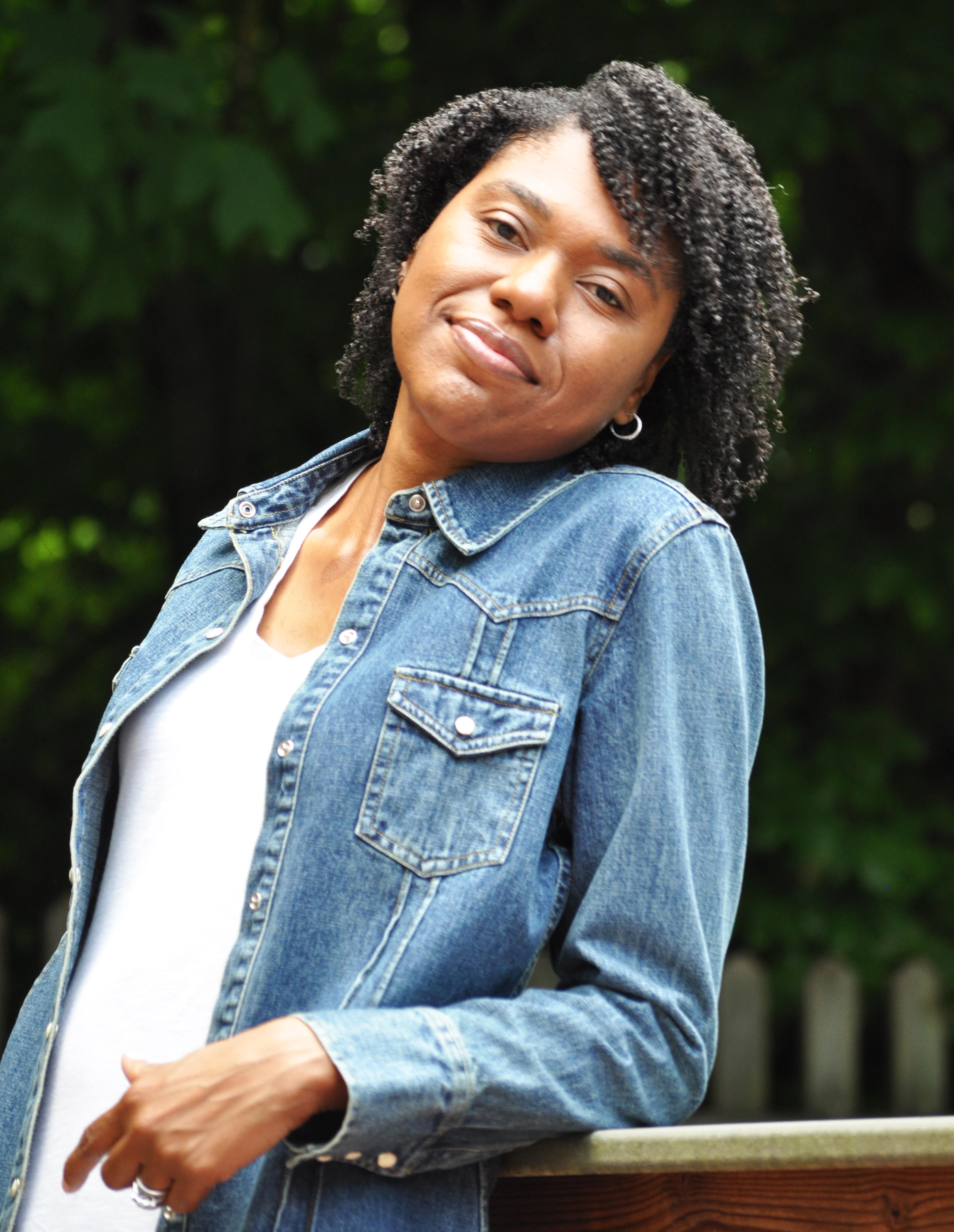 LaRonda Gardner Middlemiss found that motherhood immersed her in the fascinating world of picture books as she shared in her son’s love of story time. Experiencing picture books with varying styles, stories and approaches to themes inspired her to write stories of her own. With a vision to create stories that will entertain, enlighten and empower all children, she ultimately aspires to both author and illustrate her work.

LaRonda is a member of the Society of Children’s Book Writers and Illustrators as well as Storyteller Academy.  Living in her home state of North Carolina with her husband and son, she participates in a local SCBWI critique group and a regional SCBWI illustrators network. She holds a Bachelor of Science degree in Industrial Engineering.
Contact Links
Website
Facebook
Twitter
Instagram 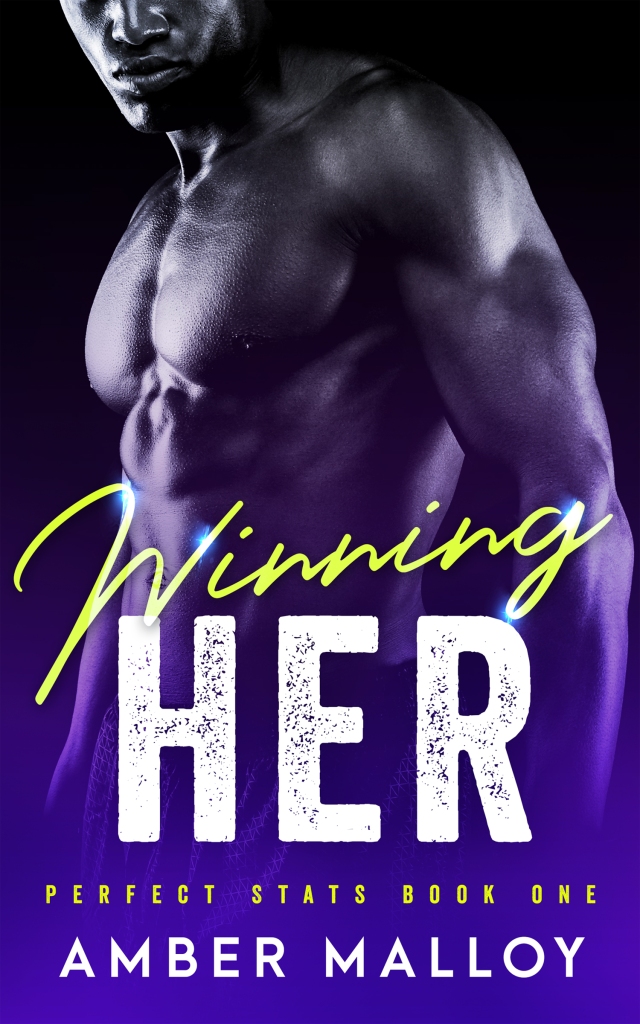 In the span of a year, Bane Carter acquired a new job, his brother’s four kids, a crappy nanny and, worst of all, his ex-wife. What could possibly go wrong?

Rule number one—never help an ingrate! Ignoring that hard-learned lesson put Dahl Baby Hamilton straight in the path of her famous ex. All she has to do is save her cousin’s failing restaurant, First Down, then she can go back to her fabulous life. But the main financier—Bane Carter, her ex—finds out and decides to make her life a living hell. Either she becomes the personal chef for an ailing house manager, one neglectful nanny and his four charges or risk having her reputation ruined. What’s an award-winning chef to do when her sexy ex-husband is blackmailing her?

The only black GM in the league, former football hero Bane Carter has his work cut out for him. It’s bad enough that he has to navigate around a dysfunctional team, but the recent passing of his brother and his wife have given him full guardianship of their kids. On top of all that, the last thing he needs is to bump into the woman who broke his heart at the worst possible time—the beginning of his career.

After two failed marriages, Bane realizes he has always been searching for the one who got away the first time. Of course, he doesn’t expect to find her in the same city, let alone cooking in his restaurant.

From the minute Dahl Hamilton had stepped into First Down’s kitchen, she’d worked nonstop. Tasked with fixing the failing restaurant, she’d barely seen the inside of her fabulous downtown loft, let alone her sweet, sweet bed. After having labored in the kitchen for more than two months, she was finally seeing all her hard work paying off.

The Chicago Tribune and Sun-Times, among other publications, had awarded First Down stellar reviews. Since the papers had hit the newsstands, customer attendance had shot up by more than fifty percent. If everything worked out, she could leave before autumn to work on more personal projects.

As Dahl topped off the dessert plate with her ‘D’ embellishment, the incessant ringing of someone’s cell caught her attention. That was a definite no-no in the kitchen. She requested the name of the offender.

“Marco!” the kitchen staff of twenty screamed in unison.

“You know the deal.” Before Dahl plated one perfect, mouth-watering slice of tiramisu cake, she pointed at the fine jar. The funds went toward their holiday festivities. At this rate, First Down’s Christmas party would be one for the history books.

“Smaller cuts,” she advised her assistant at the next station over. The restaurant had a full house, so the staff needed to move fast to keep up. During all the chaos, she found time to teach the newbies a trick or two. “Use your wrist. No one wants to bite a chunk of onion on their first date.”

Breaking her signature snicker-cookie in half, she placed it on top of the whipped cream ruffle.

“Hello, Dolly. I wanted to make changes to the menu.” The office manager, Beth, breezed into the kitchen. “Can we talk out back?”

She slapped the woman’s hand away before she could grab the leftover half of the cookie. “It’s just ‘Dahl’…and no.” She’d taken this consulting gig to help out her cousin. Nothing in the fine print read that she had to take orders from their idiot manager.

“We can’t go outside—or we can’t change the menu?” she asked in that snooty, superior tone.

Dahl handed the dessert off to the server and faced Beth. “To both… It’s no to both.”

“But Melanie told me to tell you—” Dahl held up her hand to kill the twit’s whining. She didn’t have the time. Instead, she went back to the orders. Soon the team would be able to catch their own mistakes. Busy checking the tickets against the meals, she missed the hush that fell over the kitchen. The usual clanging of pots and silly banter flipped into a strange vacuum of silence.

“Why are you here?” His deep, steely voice sent tingles up her spine. Dahl gazed at the six-foot-seven wall of well-dressed, muscled sexy.

Against her will, she smiled. “Hi,” she said.

Better looking than any action star, Bane’s good genes were wasted on football, in Dahl’s opinion. He should have gotten out years ago, but nope… Little boys grow up to be big men with dreams that become everyone else’s nightmares.

“Once again, why are you here?” Bane Carter asked. Her ex-husband smelled amazing.

“Maybe rephrase…” She wiped her hands on her apron and leaned against the counter. “Are you asking why am I in Chicago, why am I in the restaurant or why am I still breathing? The throbbing vein in the middle of your forehead is screaming that it’s the latter.”

Stepping closer, he filled in the space between them. “Pick one through three,” he growled.

Unable to hide her nerves, she laughed. The attack of childish giggles overwhelmed her. It often happened at the most inopportune times and she couldn’t help it. His handsome face went blank before he abruptly turned and walked away. As general manager for the Mavericks football team, Bane probably didn’t get challenged very often—or most likely ever.

He turned and left, as quickly as he’d come. Dahl sighed. After all these years, she’d thought she was over him. “Okay, everyone, back to work!”

“Yep,” she cut off her sous chef in an effort to deter any more questions.

“Did anyone notice how fast Bad-management Beth dipped out when he came in?”

Amber Malloy dreamed of being a double agent but couldn’t pass the psyche evaluation. Crushed by despair that she couldn’t legally shoot things, Amber pursued her second career choice as pastry chef. When she’s not writing or whipping up a mean Snickers Cheesecake, she occasionally spies on her sommelier. Amber is convinced he’s faking his French accent. 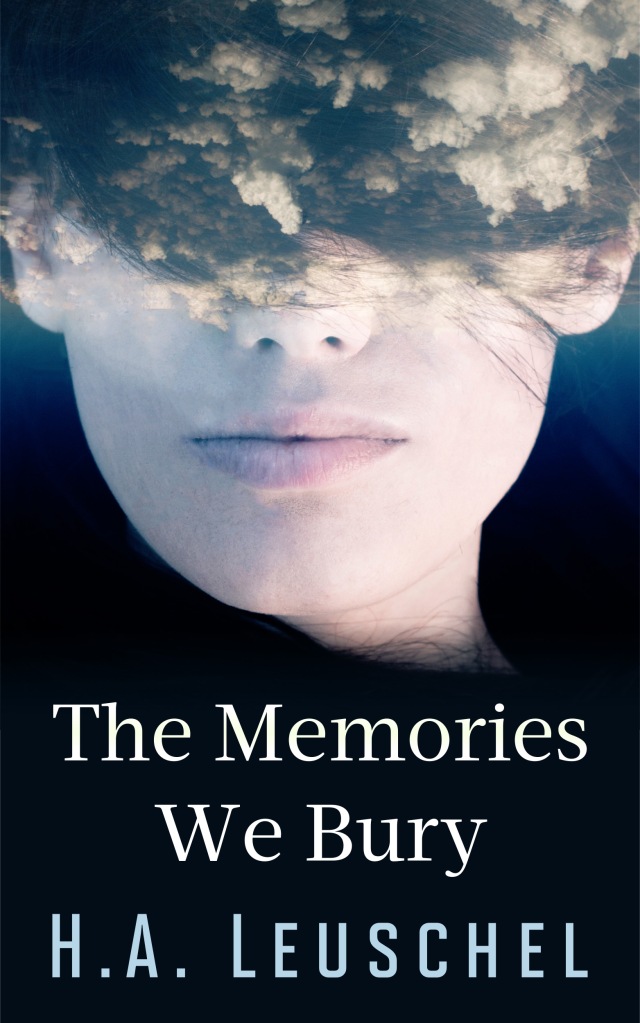 An emotionally charged and captivating novel about the complexities of female friendship and motherhood, from the author of Manipulated Lives.

Lizzie Thomson has landed her first job as a music teacher, and after a whirlwind romance with Markus, the newlywed couple move into a beautiful new home in the outskirts of Edinburgh. Lizzie quickly befriends their neighbour Morag, an elderly, resourceful yet lonely widow, who’s own children rarely visit her. Everything seems perfect in Lizzie’s life until she finds out she is pregnant and her relationship with both Morag and Markus change beyond her control.

​Can Lizzie really trust Morag and why is Markus keeping secrets from her?

In The Memories We Bury the author explores the dangerous bonds we can create with strangers and how past memories can cast long shadows over the present. 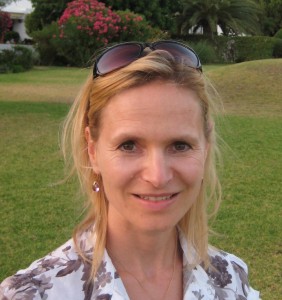 ​Helene Andrea Leuschel gained a Master in Journalism & Communication, which led to a career in radio and television in Brussels, London and Edinburgh. She later acquired a Master in Philosophy, specializing in the study of the mind.

Helene has a particular interest in emotional, psychological and social well-being and this led her to write her first book, Manipulated Lives, a collection of five fictional novellas, each highlighting the dangers of interacting with narcissists.

She lives with her husband and two children in Portugal.