A Web of Deception.

Kate O’Brien is pure dedication. This feisty, no nonsense attorney works herself to the bone every day, tirelessly building her reputation and career. She is a legal star. That is until her law partner, Bill Brown, a criminal defense attorney, achieves a degree of notoriety which attracts the interest of the Drug Enforcement Administration.

​When the unimaginable happens, Bill is arrested and charged with multiple counts of drug trafficking and money laundering. As a new client’s case demands attention, Kate must step up to defend a woman accused of murder. Who is this high-priced escort the police believe killed her wealthy benefactor in an alcohol-fueled rage? Nothing is what it seems.

​What Kate uncovers is her client and Bill are criminal conspirators playing a game where there are no rules. As she digs deeper, Kate is blind sighted by what she discovers. Bill has implicated her in his crimes and sets a plan in motion making her a target of retribution. All she can do is wait. Tick Tock.

A fast-paced legal thriller that keeps you guessing until the end. Suspenseful crime fiction with twists and turns throughout this masterfully plotted novel keeps you on the edge of your seat. It may be read as a standalone and serves as the first book in the series, A Conspiracy of Betrayal.

Divorce is an ugly business. People come to me with their hearts blown to bits and dreams crushed by their unworthy spouse. I am a fixer.

I have had my share of crazies over the years and accepted that people can turn vicious as their demands for a pound of their spouse’s flesh escalates. Some I could reason with when things cooled down, others, however, went rogue in the quest for personal and oftentimes vigilante justice. That is why in the thick black and red book of statutes titled Domestic Relations, there are hundreds of codified laws that lawyers and the public alike are expected to follow. These statutes are not mere suggestions, they are rules, and I like rules.

I respect the law and make it my mission to work within its framework. That is not to imply I won’t work every angle possible to win. Because isn’t that what the essence of litigation is about? And I love the feel of winning.

People say I am tenacious. They have even called me scrappy and snarky. That’s okay, because when the name Kate O’Brien is spoken, no one doubts the fight will be fair because I play by the designated rules. So, what am I doing sitting in the county jail, talking to a woman accused of murder and clearly inebriated? A belligerent, incoherent woman who already has expressed her unfavorable opinion of me several times.

William Brown, my law partner, that’s why I’m here, caught in this chaos and drama, as a favor to him. He loves the Wild West attitude of the criminal defense bar and plays fast and loose inside and outside of the courtroom. Flashy cars, a small plane, and two lavish houses have come to define him. All this chasing after power and money is something that has been a problem bubbling to the surface over the course of this last year.

Winning acquittal after acquittal has made him a rock star amongst the criminal community. Now they chase after him and not the other way around. He’s clever and charismatic. I have to admit I am not entirely immune from the second quality. Thus, tonight I was far too easily smooth-talked into agreeing to meet with this unlikeable woman, the wife of an old friend. However, I stood my ground and made it clear I was only a pinch hitter who would take a few minutes to talk to her, gather some information, assure her Bill had this in hand and then I was out.

I took a few minutes to take in the woman who sat across from me in the orange jumpsuit. She could easily pass for a high-fashion model, a pampered high-maintenance woman. I had no doubt she routinely and painstakingly exfoliated her flawless skin, and even after passing out drunk for God knows how long, her hair was still perfectly coifed. Although her makeup had smudged under her eyes, it just gave it a more smoky, smoldering look somewhat sexy, as opposed to your rabid raccoon look that I was known to sport after an hour at the gym.

Right now, no one knew her side of the story. It had taken the last twenty-four hours for her to become even slightly coherent, and the police realized that taking a statement from someone so blitzed would not hold up in court. After a trip to the hospital to assess her medical condition, her body was infused intravenously with a liter of fluid. The emergency room physician declared it was unnecessary, but her husband, an obnoxious and verbally abusive surgeon, insisted on it. When she was finally cleared as medically stable, the police arrested and transported her to the county jail, where she remained asleep until roused and marched to the attorney-client area. Now she was mine. 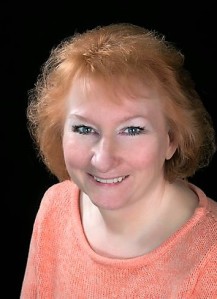 ​K. J. McGillick was born in New York and once she started to walk she never stopped running. But that’s what New Yorker’s do. Right?

As she evolved so did her career choices. After completing her graduate degree in nursing she spent many years in the university setting sharing the dreams of the enthusiastic nursing students she taught. After twenty rewarding years in the medical field she attended law school and has spent the last twenty-four years as an attorney helping people navigate the turbulent waters of the legal system. Not an easy feat. And now? Now she is sharing the characters she loves with readers hoping they are intrigued by her twisting and turning plots and entertained by her writing.