END_OF_DOCUMENT_TOKEN_TO_BE_REPLACED

I’d been fighting all my life.

Making it my career choice seemed…logical.

Sticking to what I was good at seemed…illogical as often as I ended up in the ER.

Then my occupational hazard began to feel like more of a perk when I met, Katy. She was a night nurse at the ER I frequented. She could barely hide her contempt for me, which naturally made the curvy brunette with long wavy hair all the more irresistible.

They called him Dagger, for the looks he gave.

He knew I hated him on sight, but still, he teased me and tried to sway me.

There’s no way it would work. I was on the run and still healing from a relationship with a ‘roid-raging powerlifter. No way was I going to give it a go with someone trained to cause pain for a living.

Then my ex tracked me down. And suddenly, having a fighter in my corner didn’t seem like such a bad idea.

NEW RELEASE GIVEAWAY!
I am super excited that Dagger is finally LIVE!

To celebrate I want to gift one lucky person my entire backlist! Yes, you read that right!

Books will be sent directly to Kindle (Dagger excluded). For your chance to win all you need to do is sign up for my Newsletter, easy peasy!
List of Titles

S.L. Sterling was born and raised in southern Ontario. She now lives in Northern Ontario Canada and is married to her best friend and soul mate and their two dogs.
An avid reader all her life, S.L. Sterling dreamt of becoming an author. She decided to give writing a try after one of her favorite authors launched a course on how to write your novel. This course gave her the push she needed to put pen to paper and her debut novel “It Was Always You” was born.

When S.L. Sterling isn’t writing or plotting her next novel she can be found curled up with a cup of coffee, blanket and the newest romance novel from one of her favorite authors on her e-reader. Her favorite authors include Kendall Ryan, Vi Keeland, Penelope Ward, Lauren Blakely, Alessandra Torre and Willow Winters.

In her spare time, she enjoys camping, hiking, sunny destinations, spending quality time with family and friends and of course reading.

Toby Solano is the new kid in town. No one in Mapleton knows he exists, which is tough to swallow for a boy who descends from Lucha Libre wrestling royalty. Back in El Paso, Toby could snap his fingers and the seas would part as he walked the hallways at his old school.
But when his dad gets body slammed into submission and his career goes into a tailspin, Toby decides to take his anger out on his classmates, which gets him kicked out of school and shipped off to Mapleton with his mom.
Toby hates his new town, he hates his classmates and, most of all, he hates Mr. Finkelstein. But when he finds his teacher’s missing journal under the tires of a moving truck, the drama of the famed Mapleton Wrestling Federation opens wide for him. Armed with a journal’s-worth of wrestling lore, will Toby be able to build friendships and help the Mort-tician regain his title? Or, will he fall back on his old ways and bully himself right out of Mapleton Middle School? Find out on the slightly-wrinkled pages of Please Return To: Toby Solano. 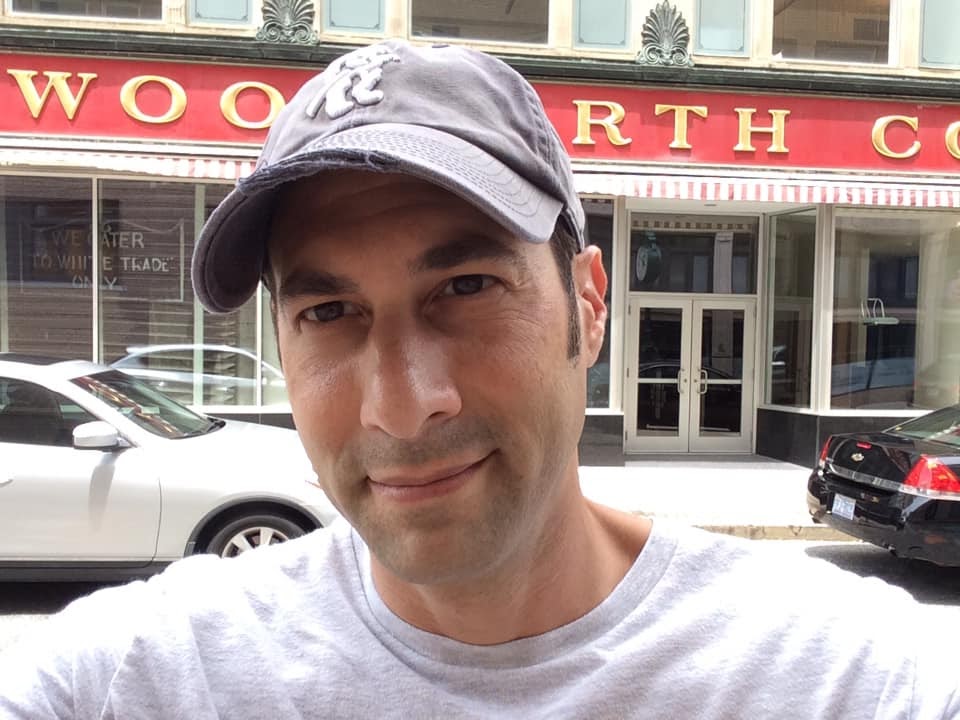 Frank Morelli is the author of No Sad Songs, a 2019 YALSA Quick Picks nominee and winner of an American Fiction Award for best coming of age story. The first book in his debut middle grade series, Please Return To: Norbert M. Finkelstein, was released in September 2019. His fiction and essays have appeared in The Saturday Evening Post, Cobalt Review, Philadelphia Stories, and Jersey Devil Press. A Philadelphia native, Morelli now lives in High Point, NC where he has been a classroom teacher for almost twenty years. He holds an MFA in Fiction from National University and thinks dogs are the most respectable beings on the planet. Connect with him on Twitter @frankmoewriter or on his website frankmorelliwrites.com.