Can Liza find her place in a lawless world?
When Liza Trent decided to become a mail order bride out west, she never imagined her fiancé would die before she arrived. His death places her in debt, and the only way to pay off the money is by auctioning off her virginity against her will. When she’s rescued by two handsome men, she mistakenly thinks they’re assassins. Despite her reservations, she accepts their protection.
Only the two men, Apollo Beck and Blue Hawke, aren’t assassins. They’re Texas Rangers sent after a man who preys on women, and their dangerous hunt has just brought Liza into the line of fire.
Confused with the attraction she feels for two men, Liza has a difficult decision before her: commit to loving Apollo and Blue or commit to her burning desire to become a doctor…unless she’s found and taken for revenge first. 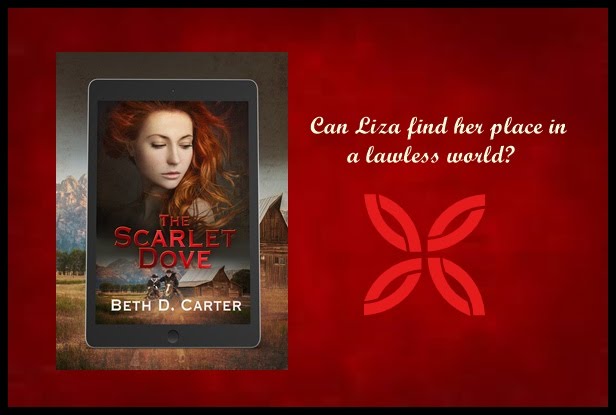 “You owe me a lot of money, Miss Trent.”

Liza cast a quick glance at the man who spoke. The charm of his Southern twang barely concealed his menace. He had introduced himself as Mr. Reynolds, her travel benefactor, when the stagecoach had finally come to a halt in Diablo Hills, Arizona. With the swarthy undertones of someone mean, the lifelessness in his dark eyes hinted at a streak of cruelty. He stood tall, very thin, and dressed impeccably in silk brocade pinstripe complete with a top hat and cane.

Her face flushed, and she quickly looked back down at her hands.

“I know it’s a terrible shame,” he went on, “having your intended pass before the wedding, but business is business, Miss Trent.” He paused to fuss with some imperceptible dust on his left sleeve, letting his point sink in. Slowly, he lifted his eyes to meet hers. “Now you have business with me.”

Sweat gathered between her breasts. She shifted in her seat, trying to find some comfort in the stifling room from the oppressive heat, but she found little relief. With no windows, the room was nothing short of a tinderbox from Hell, leaving her to think she might pass out at any minute. Perhaps that might be best, considering.

“How much?” she whispered, barely able to speak past the lump in her throat. The new life she envisioned rapidly faded from sight.

“Well, let’s see, there’s the cost of your coach ticket, the chaperone services of Mrs. Nambaker, your hotel fees, your food fees, and of course, my fee of bringing you and your intended together. So total, Miss Trent, your balance is five hundred dollars.”

Something heavy landed on her chest, and for a moment, she struggled to breathe.

“Five hundred dollars?” she gasped. “I don’t have that much money!”

“Well, then, I guess you’re in a pickle,” said Mr. Reynolds smoothly.

She clasped her hands together tightly and focused on a particularly large freckle near her left thumb, one of the thousand she must have, and let her mind wander for a moment. When she had left Boston to become the bride of a man she had never met, it had seemed all her money problems had been solved. Upon her arrival, however, she had been informed her fiancé had succumbed to heart trouble, bringing the nightmare of the past year to a blistering head.

She blinked and jerked her gaze back to Mr. Reynolds. “I can work,” she said. “I can clean. Wash clothes. Sew. I know how to crochet.”

Mocking amusement lit up Mr. Reynolds’s fathomless eyes. “You could sew and wash and crochet for a hundred years and you’d still not be able to repay all that you owe me. In fact, there is only one profession I can think of that would repay the revenue I’ve invested in you. A job where your services are best rendered on your back. Do you understand what I’m saying, Miss Trent?”

She swallowed, her heart hammering heavily in her chest. Yes, she knew exactly what he implied. The very reason why she was here now, sitting in this hot, little room in the middle of nowhere Arizona, was because she had been trying to escape just such a fate.

“As it happens,” he continued, satisfaction dripping in every word, “I am in partnership with an establishment where you’d be able to ply the working woman’s trade, per se. I believe such a match would be advantageous to both of us, Miss Trent.” He bent down on one knee beside her and fingered her strawberry red hair that lay limp from sweat and travel dust. “You would certainly fetch a high price, my dear. Someone with your fair coloring is rare amongst the harsh Arizona land.”

Then he licked her cheek, the slick tongue starting at the corner of her mouth and traveling upward. Liza jerked her head away, and she jumped from her seat, wiping furiously at the saliva coating her skin.

He rose from his kneeling position, smiling with satisfaction. “You ply your trade well, Miss Trent, and perhaps we can work together in a more intimate setting.” 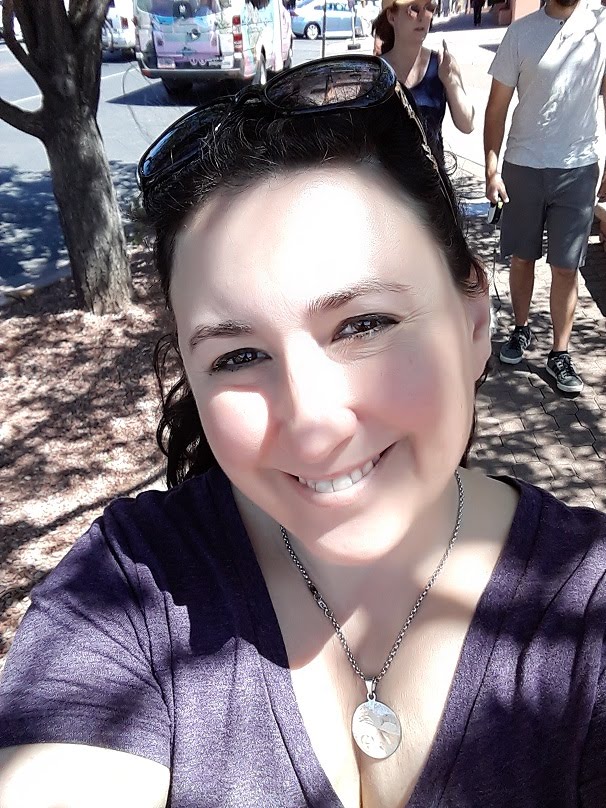 I began reading my mom’s Harlequin Presents in the fifth grade, and from the first story I knew I wanted to write romance novels. I like writing about the very ordinary girl thrust into extraordinary circumstances, so my heroines will probably never be lawyers, doctors or corporate highrollers.  I try to write characters who aren’t cookie cutters and push myself to write complicated situations that I have no idea how to resolve, forcing me to think outside the box.  I love writing characters who are real, complex and full of flaws, heroes and heroines who find redemption through love.