The Wingless Angel
Ex-Army Medic, Silton, has had a rough go of late. Soon after being discharged from the military his wife suffered a tragic accident, then slipped into a coma and died. Now alone, drinking fills his days, and restless sleep plagues his nights.
He feels that God is finished with him, that he has no purpose in life, so he ends it all.
He falls. Naked and confused, he falls.
Silton awakens on a taught expanse of warm Skin Land. Acrid air stings his lungs, tiny hairs jut up like grass under his feet, and the pale blue eye of Heaven stares down on him.
In the distance he hears a scream, and as he bounds towards it, finds a fetid swamp of others who have fallen, sinking into the soupy flesh. Quick to his training Silton pulls a woman out of the mess, only to find her legs ravaged with breaks. Using his medical skills and the flesh around him, he binds her injuries, easing her pain.
Far off in the distance, on their huge moving home called the Sled, a group of demons set off on a journey out into the Skin Land to harvest those lucky enough to survive the fall. Those like Silton.
Silton drags his newfound friend to a distant shelter of bone as they share the reflections of life that have brought them here. With each step the mystery of this place unfolds revealing its true beauty, and its terrifying reality.
As the demons draw near, and the pale blue eye of Heaven watches above, it becomes clear that God is not finished with Silton. God has a new purpose for him, a purpose for him in Hell.

“Sin follows the sinner, it does not lead them.” 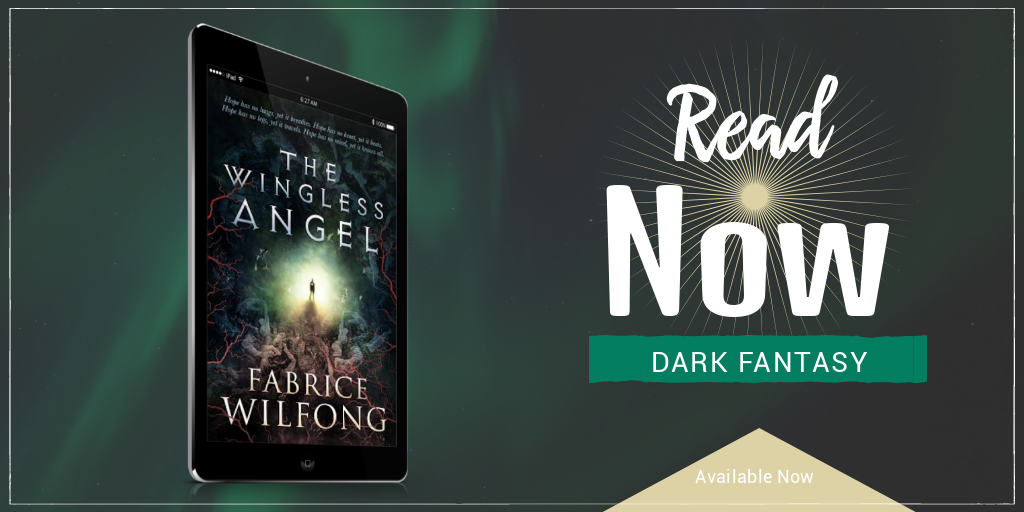 It is important to note that part of the Devil’s plan in Hell is to malform, or as a function of Hell’s design, force you to malform your body. This has been fully and completely orchestrated by the Devil. It is widely known that man has an enduring and sometimes obsessive attachment to his body. In order to successfully survive in Hell, you must endeavor to release yourself from this constraint, as it will only hinder your progress. Understand that you are dead, fully and completely. Although you will feel pain, just as you have felt it in life, the idea of self-preservation from the standpoint of your physical visage is irrelevant. Those who can release themselves from the attachment of their physical selves and embody these principles are amongst the most successful survivors in Hell.

—From “Hell: A Survival Guide”

“Would you like something to drink?” asked the receptionist.

“Of course,” Montly said without thinking. Her mind was elsewhere—paging through her studies, her practice questions, and the stories she’d rehearsed in preparation for the interview.

The receptionist got up from her white, bone-on-bone carved desk while Montly watched in silence. She wore the most exquisite, sinew-netted blouse, so translucent her breasts could be seen through it. Her legs, wrapped tightly in a black-skinned skirt, looked smooth and unlabored. But her shoes fascinated Montly the most. She had never seen their equal: high, thin stilettos, pristine polished white bone on their sides, with heels of pure, whole teeth. As the receptionist walked to get Montly the water she’d offered, the teeth ground on the bone tile so loudly, she thought the floor was cracking.

Montly felt a tinge of jealousy. She wore the only garments she had: an off-white, skin overcoat with a pair of loose fitting, high-water pants held up by a braided-vein belt. Her shoes, a pair of simple, skin-folded moccasins, were old and tattered. Montly wasn’t even wearing a blouse. She felt the overcoat was enough, and besides, she didn’t have any breasts to speak of. She’d removed them long ago, far too useless for the weight they burdened her with.

The receptionist returned with a small cup made of thinly pressed keratin.

“I just want you to know,” the receptionist whispered. “Us girls here on The Sled, we’re pulling for you.”

“Thank you.” A slight wave of anxiety released itself as Montly took the cup. She drank deeply. The cup smelled of finger- and toenails, but the taste of the water overpowered that. It must have been filtered at least twice, as it wasn’t salty at all. They had such luxuries here on the Sled, nothing like living out in the Skin-Land with the Herd, Montly thought.

“He’s usually late. He likes to make people sit and sweat it out,” said the receptionist.

The receptionist strode back to her desk with the toothy stilettos grinding. “So, you command part of the Herd? That’s what I was told.”

“I do,” Montly said with guarded confidence. She rolled her muscled shoulders back, cracking her spine in a few sore places. The couch had become almost too soft for her, the fat pockets molding too willingly to her body.

“I can’t imagine being out there again,” the receptionist continued. “It was so long ago for me, but it still makes me shudder.” A fearful tone soaked her words. “I got out of the Herd as fast as I could. Up here on the Sled, you just have so many more opportunities, and well, the food’s much better.” She let out a giggle.

Montly just smiled with a half curl to her lips, counting the long moments between this conversation and her interview.

“I’m actually going to be leaving this position soon to be an assistant for one of the Daughters,” the receptionist continued. “I have a friend who is going to get me in. She says I’m sure for it because of my work here, and because I have the right look. Then I’ll be invited to all of the dinners, probably meet the Devil . . .”

Montly had trouble paying attention to what she was saying, distracted by the receptionist’s “right look.” She had a soft, perfectly skin-stretched face, the work of an expert engineer, no doubt. It was puffed with creamy fat in all the right places and anchored with cultured bone spurs. But Montly could catch even the tiniest of imperfections in a person, and she could see one such detail clearly in the receptionist. Hidden beneath all of the confidence and the clothes, just below the personality she tried so hard to project, lay a deep fear. Montly realized she could almost see the remnants of a capital H depressed into the receptionist’s forehead.

Of course, “Sin follows, it does not lead,” Montly thought. It was part of an ancient saying she’d repeated to her Broken slaves in the Herd many times before. Funny how relevant it was here amongst the “civilized” people on the Sled.

A fast, hollow tapping started. It seemed to be coming from behind the reception desk, born from some mechanism beneath the floor, Montly guessed.

“He’s ready for you now,” the receptionist said.

Montly rose from the couch, straightened her overcoat, and rolled her shoulders back once more to crack her spine.

“Thank you.” Montly walked into the office, her moccasins not making a sound on the tile.

Fabrice Wilfong has been writing fiction since he was 15 years old. His works have consistently leaned towards the dark side of human experience, where he uses characters and philosophy to challenge our shared interpretations of life.

For most of his professional career Fabrice has been in the Healthcare Industry where he’s learned to love human anatomy and the systems of the body. He feels the body remains a frontier that we are all forced to explore with little understanding of how things will unfold.
His works consistently push the reader to a deeper knowledge of themselves both mentally and physically, while daring into the fantastical and bizarre.
Contact Links
Website
Goodreads