Series: A Pattern of Shadow and Light, Book 1

“All things are composed of patterns….” And within the pattern of the realm of Alorin, three strands must cross.

In Alorin…300 years after the genocidal Adept Wars, the realm is dying, and the blessed Adept race dies with it. One man holds the secret to reverting this decline: Bjorn van Gelderan, a dangerous and enigmatic man whose shocking betrayal three centuries past earned him a traitor’s brand. It is the Adept Vestal Raine D’Lacourte’s mission to learn what Bjorn knows in the hope of salvaging his race. But first he’ll have to find him….

In the kingdom of Dannym…the young Prince Ean val Lorian faces a tenuous future as the last living heir to the coveted Eagle Throne. When his blood brother is slain during a failed assassination, Ean embarks on a desperate hunt for the man responsible. Yet his advisors have their own agendas, and his quest for vengeance leads him ever deeper into a sinuous plot masterminded by a mysterious and powerful man, the one they call First Lord.

In the Nadori desert…tormented by the missing pieces of his life, a soldier named Trell heads off to uncover the truth of his shadowed past. But when disaster places him in the debt of Wildlings sworn to the First Lord, Trell begins to suspect a deadlier, darker secret motivating them.

The First Lord’s game has reached a critical apex. For the first time in millennia, the teams are equally matched. From the dimension of Shadow to the realm of T’khendar, from the Empire of Agasan to the fire deserts of Avatar, Ean, Tanis, Trell, Sebastian and the rest of Bjorn’s Players will be holding their positions against immortal enemies in a game where mortal consequences hang in the balance of every choice.

Melissa McPhail is the author of the best-selling epic fantasy series A Pattern of Shadow & Light. She’s the mother of twin girls who think boys in books are just better, and the adoptive mother to four very large cats who basically rule the roost; and while she can never leave the house in one attempt, she’s pretty darn good at spinning a tale. She’s also a classically trained pianist, violinist and composer, a Vinyasa yoga instructor, and an avid tea drinker. Melissa’s fantasy series has won eight best fantasy awards and (even more importantly to her) a fiercely devoted following. She is known for being an engaged author on social media and welcomes your thoughts on her work, the speculative fiction genre or writing in general.

Nick Podehl is an award-winning audiobook narrator and voice actor who’s narrated hundreds of titles across many different genres. In addition to narrating the epic fantasy series A Pattern of Shadow and Light and prior to his new long-term deal with Podium, he narrated the epic fantasy series the Kingkiller Chronicles, as well as some iconic works of teen fiction – including Wonder, and Will Grayson, Will Grayson. He was named an Audible Customer Favorite in 2018 and has been honored with an Audie Award, along with multiple Earphones Awards from AudioFile Magazine. He lives and works in the Midwest with his lovely wife and two beautiful daughters.

Podium is an industry-leading independent audiobook publisher built upon the foundation of successful partnerships with self-published authors and narrators. With deep share of voice in the genres of Science Fiction, Fantasy and Romance, the company has enjoyed quick commercial and critical acclaim, releasing almost 1,300 audiobooks, numerous best-sellers, winning an Audie Award and 13 Voice Arts Awards. Podium is best-known for supporting, nurturing and discovering independent authors and narrators from the U.S. and around the world. The company gained international notice when it took a risk on one-time unknown author Andy Weir (The Martian) and turned his e-book into the largest audiobook seller in the world.

The road you take cannot be undone.
Kasha never quite fit in. So she left home long ago to pursue her career in art. Hell, she ran as fast as she could away from her minister father and his judgmental ways. Yet, she loved her parents, so when the dreams surrounding a church filled with fire and blood kept repeating themselves, it was all she could paint. She had to warn them. Only to arrive too late to save them. Now she found herself running once again, only this time away from a nightmare.

In her mad flight, she took a turn off the highway. Soon realizing she might have run toward something even worse. This time she couldn’t run couldn’t lie to herself anymore. She was more than an artist. She had to learn to fully embrace and unleash her powers within. In order to know who and what she truly was she had to learn to stand her ground and travel to another place to find her truth.

LaVerne Thompson is a USA Today Bestselling, award winning, multi-published author, an avid reader and a writer of contemporary, fantasy, and sci/fi sensual romances. She loves creating worlds within and without our world. She also writes romantic suspense and new adult romance under the pen name Ursula Sinclair also a USA Today Bestselling Author.
She is a certified chocoholic and is currently working on several projects. Some might even involve chocolate. But writing helps maintain her sanity.

Sign up for her newsletter for sneak peeks and advance info on new releases as well as a few freebies to subscribers. http://bit.ly/1hA7C9W

She was innocent.
Passionate.
Fierce.
After Luna Stone and I went from friends to lovers, my only purpose was showing her how worthy I was. But how could I convince her when I didn’t believe it myself?
I craved her touch and her smiles but most of all, her heart.
I vowed to protect her and show her father that I could be the man for his daughter.
I pushed.
She pulled.
And when all was said and done, I’d have to go through an even higher power to prove that I deserved her…
Myself.

He was quiet.
Withdrawn.
Intense.
Zach Porter and I had been friends since we were kids, but it had never amounted to anything more than that. Until now.
But as close as we were getting, he was still closed off.
He protected his heart and put up walls, even though he had no reason to.
He shoved.
I grabbed hold and never let go.
If I didn’t fight for what was ours, he’d succumb to his demons and believe their vicious words telling him that he’s not good enough. To give up.
On us.

J.M. Walker is an Amazon bestselling author who hit USA Today with Wanted: An Outlaw Anthology. She loves all things books, pigs and lip gloss. She is happily married to the man who inspires all of her Heroes and continues to make her weak in the knees every single day.

“Above all, be the HEROINE of your own life…” ~ Nora Ephron

Once Upon a Temptation is a collection of twisted fairy tales that will blow your mind. Forget the version of these tales you knew before, and dive into the dark, mysterious worlds these authors have crafted.
With shapeshifters to witches, to princesses and mermaids, this compilation will have something for everyone ranging from sweet to steamy, to dark and thrilling.
These enchanting tales will quench your need for fantasies of your favorite kind.
These stories are exclusive and can’t be found anywhere else. Please don’t wait, this box set will only be available for a limited time before it is gone forever!
Note: This collection contains material for mature readers (18+ and older) only. 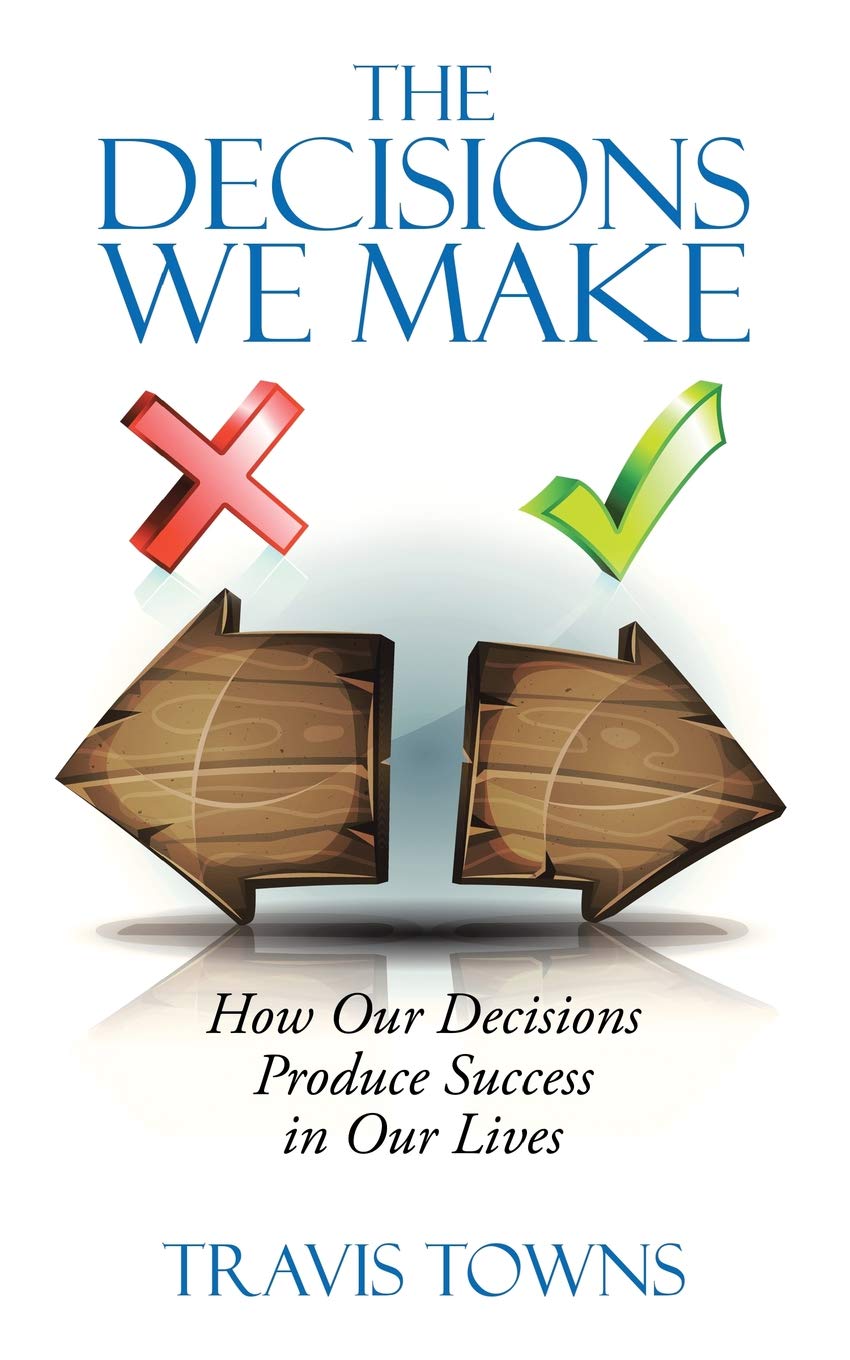 How Our Decisions Produce Success in Our Lives
Self-Help

In the Decisions We Make, readers will learn a new mindset that will help make their dreams and goals a reality.
Most of us don’t know how important it is to make the proper decisions. Good decisions can make our lives run smoothly. Unfortunately, we often repeat our mistakes. Even though we know the likely outcome, we hope for different results.
The decisions we make in our lives affect our jobs, relationships, and financial situations. They also affect our mental health. Everything that happens to us in life is a direct result of our decisions we have made. Once we understand the effects of our decisions, we can then reap the rewards of making quality decisions that propel our lives forward instead of holding us back.
Some decisions can be destructive and change our lives in seconds with no chance of recovery. It is important to understand the value of making proper decisions. They can literally mean the difference between life and death.

Praise for The Decisions We Make:
“This book examines some important points regarding decisions and decision-making. The author begins by defining a decision as a choice made after thinking about it. The thinking process required to make any decision will be influenced by our beliefs and priorities. Priorities need to be considered at all times; merely depending on what happens will lead to our being controlled by our environment instead of controlling it….Small, at just 24 pages and almost pocket-sized, his book could be kept in a purse or car to help readers when a tough situation arises, offering a reminder to consider priorities and beliefs and take charge of one’s life in positive ways. It might also be useful in facilitating a discussion group on the subject of making positive choices and decisions.” – The US Review of Books 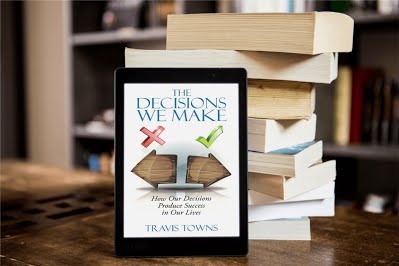 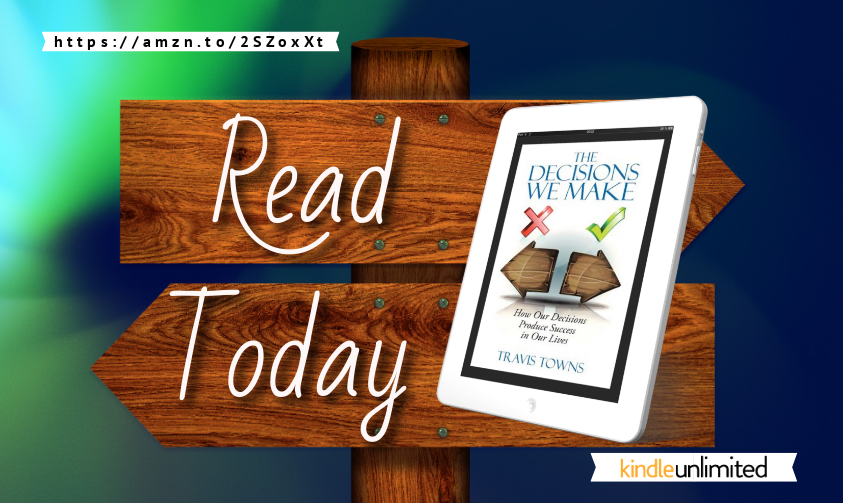 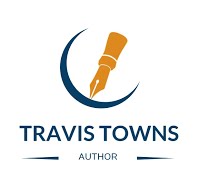 Travis Towns is the founder and president of Feel Good Poems and the author of “The Decisions We Make”. He is a God-fearing man who believes that each person deserves to live the life that he or she desires. He lives in Philadelphia, and he is maximizing his decision-making potential so that he can teach others how to effectively make quality decisions that will take their lives to the next level.
Contact Links
Website
Facebook
Promo Link