This Christmas Eve, no creature was stirring, except, maybe, a mouse. At long last, can true love break the Nutcracker’s curse?

For Clara Stahlbaum, this Christmas means the end of her youth. A daughter of the aristocracy, Clara is expected to give up her dreams of adventures and the extraordinary for more normal days as the wife of a cruel viscount.

But when magical Uncle Drosselmeyer returns with his wondrous, dancing contraptions and one special gift for Clara, she is beckoned to the land of Winter Dream, where she is thrust into the greatest adventure of her wildest dreams.

But will she be able to break the Nutcracker’s curse? Uncle Drosselmeyer’s apprentice Anton is handsome as he is mysterious. But what is it about him Clara finds so alluring?

Winter Dream is a phenomenal retelling of The Nutcracker from the eyes of Clara Stahlbaum with all the magic of the Holiday season. If you loved S. Jae-Jones’ Wintersong, you’ll fall in love with this stunning tale of love, war, redemption, and Christmas magic. Listen to it now!

Amazon Bestselling Author, Chantal Gadoury, is a 2011 graduate from Susquehanna University with a Bachelor’s Degree in Creative Writing. Since graduation, she has published The Songs in Our Hearts, and The Songs We Remember, with 48Fourteen Publishing. Allerleirauh, Between the Sea and Stars, Blinding Night and WinterDream with the Parliament House Press. Chantal first started writing stories at the age of seven and continues with that love of writing today. For Chantal, writing novels has become a lifelong dream come true! When she’s not typing away at her next project, she enjoys painting, drinking lots of Iced Coffee, and watching Disney Classics. Chantal lives in Muncy, Pennsylvania with her Mom, sister and furry-‘brother’ Taran.

Music is such an important piece of my writing. I’ve always been the sort of person who thrives off of the music they listen to, in any given situation. Road Trip? I have a playlist for that. A love letter? You betcha, I have a CD Mix I want you to listen to. Writing a novel, let me share with you my spotify playlist I’ve specifically designed for it!

And that goes with all of my novels, ranging from “Blinding Night,” [A Hades and Persephone Retelling] to “The Songs in Our Hearts,” [A Contemporary High School Romance.] “WinterDream” was no exception.

Take a listen to my “WinterDream” Playlist that I listened to as I wrote. This playlist is mostly all classical/score music – as I avoid listening to music with words when writing. When I write, scenes almost unfold in my mind like a movie; so added dialogue can at times, kill the situation.

I think of this almost like it’s “Clara’s song.” This is your introduction to who Clara is instrumentally.

Of course, the traditional opening to “The Nutcracker.”

The party at the Stahlbaum’s House

This always reminded me of the time of the Nutcracker and Clara wandering in the wintry woods.

The Ballroom scene when Clara and the Nutcracker dance together – however brief.

Again – the Ballroom scene, but with the music that truly inspired WinterDream

This takes a different tone to the novel – when some unfortunate things happen to a few of our characters!

And the battle for WinterDream begins!

Dance of the Knights: https://www.youtube.com/watch?v=bBsKplb2E6Q

The Nutcracker and the Mouse King are fighting each other at the end – and who will win?

Was it all a Dream?

I also have a playlist of more “Various Artists” that seemed to fit in with what “WinterDream” was to me. Take a listen! https://open.spotify.com/playlist/0M4SwfHaWMTnc4Ew00ifCa?si=2hvsxo-8QN-UtylC6yTMpQ

When writing “WinterDream,” – a retelling of the Nutcracker, there were a lot of things that inspired me to create the world and the characters! I’ll give you a glimpse into what helped bring “WinterDream” to life!

A Wonderful World of Words

History from a Woman’s Perspective

What Is That Book About

Series: Age Is No Bother #1

Trope: May to December, Age Gap

Sifon is a confident woman who knows exactly what she wants, especially, in a man. In her thirties, she co-owns a haulage company and is in the process of expansion when Manny, the 51 year old, sexy hotelier and pseudo parent to her business partner, literally, walks into her life. It’s love at first sight for her although it might take some work to convince the abrasive Manny that he’s the man of her dreams.

Drugged and kidnapped, Shera finds herself on a ship to Morocco to serve the Sultan. Abandoned and alone, Shera must find a way to escape and confront the people who betrayed her. She gets help from an unlikely source: the man who kidnapped her. When their partnership turns to love, the two must face constant danger to endure. But will they ever be free?

Other books in the Morocco Series:

Tied To Morocco
Morocco Series, Book Two
Published: April 2019
Lady Catherine was kidnapped and taken to Morocco. There, she fell in love with Tazim. But, just before they were to wed, Tazim disappeared and she was told he was dead. Forced into an unwanted marriage with another, she manages to escape and make her way home to England. But Tazim is not dead. Believing Catherine betrayed him, he has vowed to exact revenge.Can they find each other again? Can their love be rekindled?
Purchase From Amazon

Freed From Morocco
Morocco Series, Book Three
Published: November 2019
Kidnapped and taken to Morocco, Lady Olivia prays for someone to come and save her. Help appears in the form of Tristan, the man she loves. He disguises himself as an English ambassador in order to rescue her, but he is betrayed. Now, she must find a way to help him. Can they escape? And will they ever be free from the clutches of the sultan? 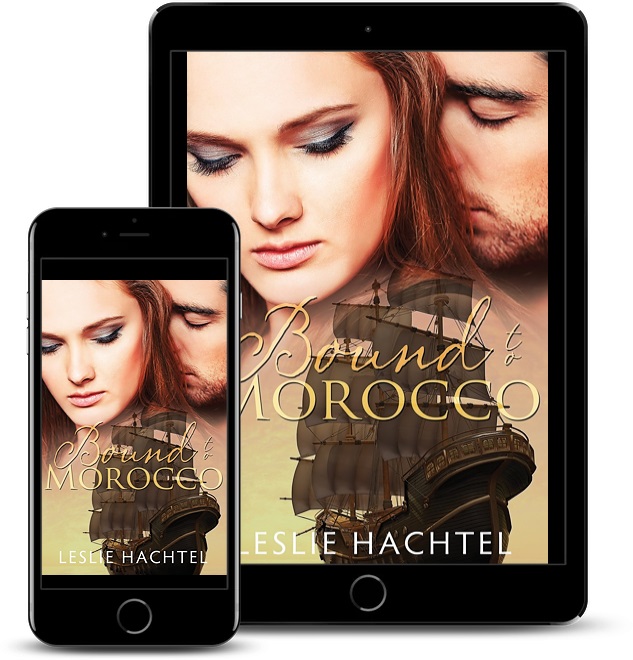 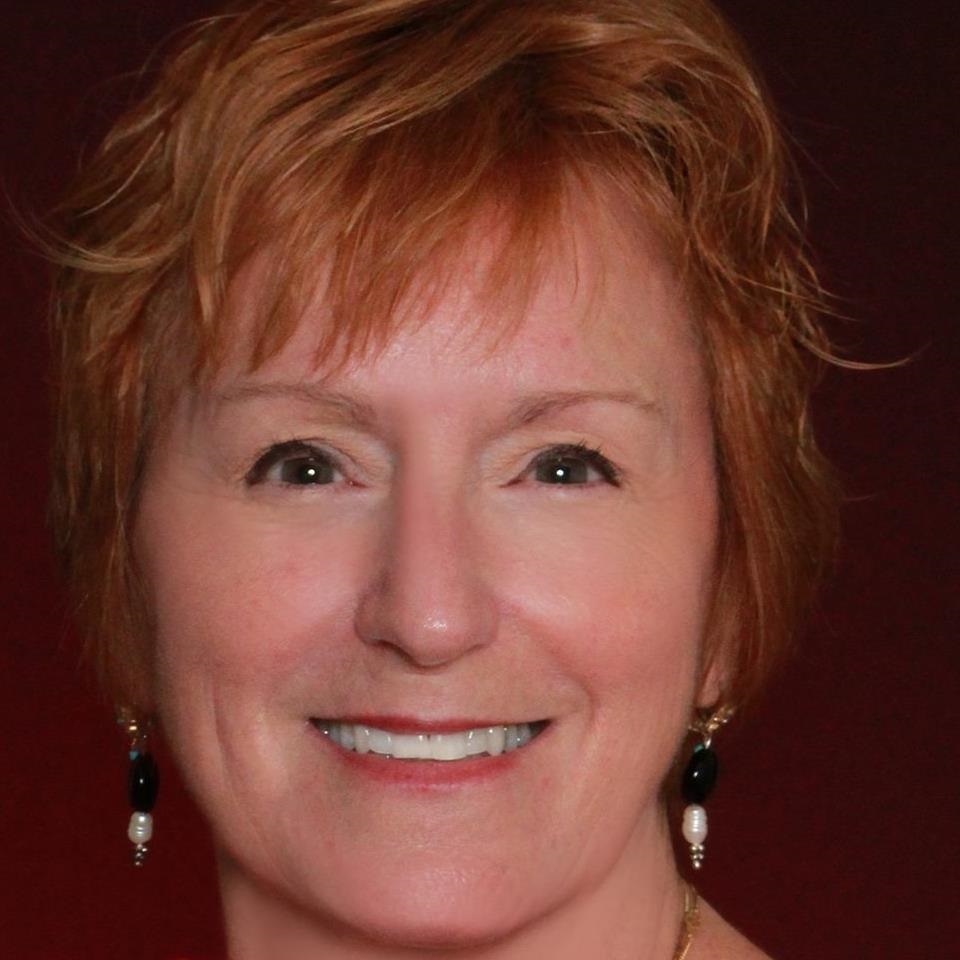 Leslie Hachtel was born in Ohio, raised in New York and has been a gypsy most of her adult life. Her various jobs, including licensed veterinary technician, caterer, horseback riding instructor for the disabled and advertising media buyer have given her a wealth of experiences. However, it has been writing that has consistently been her passion.

She is a bestselling author who has written thirteen romance novels, including ten historicals and three romantic suspense. She also sold an episode of a TV show, and had a screenplay optioned. Leslie lives in Florida with a fabulously supportive engineer husband and her new writing buddy, Annie, a terrier.
Contact Links
Website
Twitter
Facebook
Promo Link

There’s nothing sexy about her humdrum life as a mum. But is her husband’s crazy scheme a bit too exciting?

Sarah’s mind-numbing housewife existence is turning her brain to mush. With her third bun in the oven, this British mum is drowning under a mountain of playdates, bills, and head lice checks. But her man’s get-rich-quick idea of writing steamy novels isn’t her ideal way to dial up life’s passion.

Drew desperately wants a break from Sarah’s whinging. And if that means
researching how to write racy books all by himself, then he’ll make the sacrifice. But as he finally warms Sarah up to the sultry side hustle, their R-rated private project gets publicly exposed…

With an office scandal brewing, it’s only a matter of time before gawking workers and a perfectly nosy PTA president turn them into social pariahs.
Can Sarah and Drew earn some extra income from sizzling lit without falling prey to stiff gossip?

Hannah Lynn is an award-winning novelist. Publishing her first book, Amendments – a dark, dystopian speculative fiction novel, in 2015, she has since gone on to write the multi award winning The Afterlife of Walter Augustus – a contemporary fiction novel with a supernatural twist, Fiona and the Whale – a thought provoking romantic comedy and the delightfully funny and poignant Peas and Carrots series.

While she freely moves between genres, her novels are recognisable for their character driven stories and wonderfully vivid description.

She is currently working on a YA Vampire series and a re-imaging of a classic Greek myth.

Born in 1984, Hannah grew up in the Cotswolds, UK. After graduating from university, she has spent twelve years as a teacher of physics, first in the UK and then around Asia and Europe. It was during this time, inspired by the imaginations of the young people she taught, she began writing short stories for children, and later adult fiction. Now as a teacher, writer, wife and mother, she is currently living in the Jordan.

Visit Hannah Lynn’s Rafflecopter for a chance to win (1)one of (2)two $25 Amazon Gift Cards!