Take Your Spouse to Work Day—or Not

Occasionally someone will ask me what I do, and when I say that I’m a writer, they often respond with “Oh, I wish I could work at home. That must be so nice to set your own schedule and your own priorities.” To which I smile and respond, “Yes, it’s nice to have the work-in-your-pajamas option.” And it is. What I don’t usually add is that working at home carries its own challenges.

My husband Gary is in and out of the house at least half a dozen times a day: to have coffee, to attend a meeting, to go to the hardware store, to visit a friend, to talk to a neighbor, to organize a meeting, to go to the post office, to stop at the library. If an idea pops into his head, he acts on it. And he gets an amazing number of things done in a day.

I, on the other hand, spend quite a lot of time thinking before doing. But once started I like to write straight through for long periods, focused and undisturbed. I usually have plenty of time to do that, as Gary goes through his extremely extroverted rounds. However, on the occasional day when he decides to spend time working on projects at home, things are quite different for me.

This is what my day at the office is like then:

I start laughing. Because, well, Gary. I take the sign off the door and catch up on my email instead of finishing the plot line for Book 7 in the Leah Nash Mysteries. Tomorrow is another day.

A Murder Among Friends … Everyone is anxious to connect with actor Ryan Malloy when he returns to town for his 15-year high school reunion. Everyone except crime writer Leah Nash. She doesn’t have many fond memories of Himmel High’s golden boy. But it turns out she’s not the only one who isn’t a fan. Before the weekend is over, Ryan Malloy is murdered. The hard-headed but soft-hearted Leah is unwillingly drawn into investigating his death by the pleading of Ryan’s terminally ill mother. She soon discovers that Ryan’s self-absorbed journey through life trampled on the dreams of a number of people. His old girlfriend, his best friend, his own brother, a local businessman—there’s no shortage of suspects—or secrets. But the solution eludes Leah, until the past and the present collide in a dangerous confrontation that threatens one life and ends another.

Susan Hunter is a charter member of Introverts International (which meets the 12th of Never at an undisclosed location). She has worked as a reporter and managing editor, during which time she received a first place UPI award for investigative reporting and a Michigan Press Association first place award for enterprise/feature reporting. Susan has also taught composition at the college level, written advertising copy, newsletters, press releases, speeches, web copy, academic papers, and memos. Lots and lots of memos. She lives in rural Michigan with her husband Gary, who is a man of action, not words. During certain times of the day, she can be found wandering the mean streets of small-town Himmel, Wisconsin, looking for clues, stopping for a meal at the Elite Cafe, dropping off a story lead at the Himmel Times Weekly, or meeting friends for a drink at McClain’s Bar and Grill.

This is a rafflecopter giveaway hosted by Partners in Crime Virtual Book Tours for Susan Hunter. There will be 1 winner of one (1) Amazon.com Gift Card. The giveaway begins on February 17, 2020 and runs through March 21, 2020. Void where prohibited.

Now a #1 Bestseller in UK, US, France, Australia, Canada and Germany

DIANA – THE VOICE OF CHANGE ……isn’t just another biographical account of Diana’s life, but rather it is a deeper exploration of the unique idiosyncrasies, extraordinary events, and changes of destiny that created a flow of force by which Diana evolved, transmuting from being the People’s Princess into the Queen of Everybody’s Heart, and so to beyond her death………

It is written by the legendary Voice Coach: Stewart Pearce, who confidentially coached Diana during the last two years of her life, adding both a physical and metaphysical support to Diana’s vast transformation. This we palpably saw, as she moved from the demure and pained young woman, seen in the Martin Bashir interview, to the assured, powerful humanitarian leader witnessed in July 1997. For Diana’s voice revolutionized both the African Landmine issue, and the face of the Global Aids epidemic, and irrespective of her HRH title being removed, Diana acquired such public support that her voice of freedom almost toppled Queen Elizabeth and exposed the anachronisms of the Windsor Household!

The book answers volatile questions such as:

Why was the marriage of a century known as a Fairy Tale?

Why was Diana the most photographed woman in recorded history?

Why did her incandescent love affect so many, and where did it come from?

What was the extraordinary energy that affected 5.9 billion people during August 31st and September 6th, 1997?

What has happened to Diana’s voice post-death, the resonance of which appears to have precipitated significant social movements, such as the #METOOCAMPAIGN?

The book is packed with Vocal Exercises, Sound Meditations, and Presence Techniques, which allowed Diana to become the spell-binding, radiant being that she became – about which Henry Kissinger said: “I remember, Diana was a beautiful young woman whose blue eyes melted grown men’s bones!”

The content of this book is seen as a developing work, which will eventually evolve to become a series of workshops known as THE DIANA HEART PATH.

Now a #1 Bestseller in UK, US, France, Australia, Canada and Germany

Stewart Pearce is a Master of Voice and Corporate Presentation Coach who finds and liberates the authentic power and presence in the world’s most extraordinary people.

As a Master of Voice, Stewart has a reputation for his holistic training of the Actor, within renowned Actor Training Centers throughout the World, – Stewart was Head of Voice at the Webber Douglas Academy between 1980-1997, assisting the pioneering of Shakespeare’s Globe Theatre between 1997-2010, as well as consulting on Broadway and in the West End. Stewart has coached world-acclaimed actors such as Oscar-winning Eddie Redmayne and Mark Rylance, Matthew Goode, Hugh Bonneville of Downton Abbey, Simon Callow CBE, Vanessa Redgrave, Michelle Williams, Minnie Driver, Gwendoline Christie. Stewart also develops iconic presence for luminaries such as Marianne Williamson, Dame Anita Roddick, Margaret Thatcher, Mo Mowlem, and Diana, Princess of Wales.

Stewart Pearce is the author of several acclaimed books about the human voice and its power for personal development and healing. In addition, he has recorded six award-winning sonic meditation albums. Stewart’s work is regularly featured in the global press, and he is sought after for private Mentorship, and Master Classes throughout the world.

Stewart Pearce’s great passion is to assist extraordinarily talented individuals to change the world, whilst finding and embodying their soul’s note and signature style, which brings a magnetic presence to the work. In this work, Stewart helps people find great joy, authenticity, and clarity of purpose in their work and personal lives.

Stewart Pearce is based in London and New York and leads Master Classes around the World.

Once in a Black Moon

Drama
Date Published: February 18, 2020
Brandyn (Brandy) Harris, a lonely, abused, and terminally ill twelve-year-old boy builds his private virtual world outside the knowledge of his strict and abusive parents. Denied the ability to interact with other kids in his everyday life, Brandy finds refuge within the confines of the Internet in his early stages, where it appealed primarily to the outcasts, and a close group of virtual teen friends.
The Legacy offers a unique, unparalleled glimpse into the mind of abused children while this abuse is taking place amid the hysteria surrounding the Satanic Ritual Abuse Panic of the early 1990s. An outstanding page-turner, it gives you an unprecedented, once-in-a-lifetime opportunity to experience, through first-hand, day-to-day accounts as they occur, a real-world of childhood desperation and painful secrets, a world-known by millions of children, but never openly shared with adults.
You’ll feel Brandy’s feelings, cry his tears and laugh with him on the good days as you’ll journey through the candid and honest secrets of an abusive childhood, as Brandy’s correspondences are written by kids, for kids. Thus, you’ll learn the truths kids only tell their friends, outside the inherent inhibitions derived from adult interference.
This book is the first volume in an epic book series based on real events and the writings and correspondences of a terminally ill young boy who is also enduring a life of physical, emotional and sexual abuse. 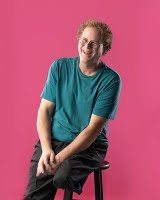 Brandyn Cross is a multi-media artist, as an accomplished writer, recording artist, songwriter, filmmaker, and actor.
Brandyn is the writer/producer of the major live event Jackie Evancho & Friends: We are Hope, which was also filmed for television broadcast as multiple concert specials.
As a singer/songwriter Brandyn scored the international top 10 hits Dear Mr. Jesus and If Money Talks (It Ain’t on Speakin’ Terms With Me), and the top10 music video I Will Always Love You. He won BEST SONG at the prestigious Utah Film Festival & Awards for his composition and recording of Love Again, as featured in the television series Proper Manors.
As an actor and filmmaker, Brandyn has worked on numerous projects such as Unicorn City and The Wayshower, as well as Alienate and Being Charlie with Rob Reiner. He is presently in post-production on his feature directorial debut with the dark Emo drama, The Legacy.
Among his body of written work is the Feature Film The Legacy, currently in post-production and the recently completed Gary Coleman biography, As if I Never Existed, with Gary’s widow Shannon Price. Brandyn has optioned and produced multiple feature screenplays and has written over 100 episodes for various TV series and specials. Brandyn is presently releasing the first volumes in an epic book series, The Legacy.
Brandyn started exploring his creative gifts following a serious industrial accident that turned him into a wheelchair-bound amputee in addition to already being “high functioning” autistic. Determined to show the world that even severe obstacles can be overcome, Brandyn began developing his innate creative abilities, studying and honing his craft, until ultimately turning this ambition into a professional reality. Today, he continues this mission in earnest.
Contact Links
Facebook
Twitter
Instagram