If you tell yourself something often enough, it becomes your truth, even if it isn’t the truth.

Life has not been fair to Eve Roberts. She lost her sister, Faye, her father, the love of her life and her career, and her mom remarried and left the country. Raising Faye’s daughter, Caitlyn, was the focus of Eve’s life because she adored the child as much as she had her deceased sister. All her decisions were made with Caitlyn in mind, including where she lived and worked.

When Caitlyn leaves home for a job abroad, Eve gets more than the empty nest blues. Caitlyn’s gift of twelve self-kindness vouchers, coupled with her fortieth birthday approaching heightens her anxiety as she takes stock of her life, past and present. She doesn’t have an awful life, but the pain and loss of Eve’s past hinders her future.

Anxiety turns to anger when Paddy, the man who abandoned her seventeen years ago reappears. Though she tries to avoid him, the world conspires against Eve, slipping Paddy into every aspect of her life, from work to family, and even her home. The more she sees Paddy, the more she realizes he’s not the man she’s convinced herself he is.

That sea of pronouns sounds like an emotional journey of redemption and forgiveness, right?

I understood Eve’s pain, and her anger. She had every right to them. But she went from being lost and alone to reaching out and helping others to being infuriating and inflexible. And I got that. She did what she had to do to keep more loss and pain and bay. However, it didn’t keep me from wavering between wanting to hug her, high-five her, or smack her.

A force of nature—and resident of a senior care home—Phyllis says and does whatever she wants, much to Eve’s dismay, and it’s her determination to have things done her way that helps move Eve’s life in a new direction.

Great plot twists added mystery to this women’s fiction, and it became a page-turner as I, like Eve, had questions I needed answers to. Eve comes to realize her reality has been the safe one, not the truth, as admissions come from everyone… including Eve.

A Dozen Second Chances was one of those stories I didn’t want to end simply because I enjoyed the characters so much. Paddy Friel is a guilt-ridden man with his own pain to work through, but Paddy the boy and Paddy the man couldn’t be more different, and even Eve’s absent mom had a few stories to tell. Caitlyn’s a good kid who appreciated Eve’s sacrifices, but I won’t miss Rich… ever. And if the author ever decides to write a story for Phyllis and her rowdy gang from The Chestnuts, I’m here for it!

However, the ending is perfect and adorable and glorious, and even includes Phyllis… kinda sorta, because she wouldn’t have it any other way.

Set aside some time and download this one today!

What are the chances that twelve little tokens could change a life?

Seventeen years ago, Eve Roberts had the wonderful life she’d always dreamed of: a degree in archaeology, a gorgeous boyfriend, and exciting plans to travel the world with him, working on digs. But when her sister Faye died, the life Eve knew ended too. Faye’s daughter Caitlyn came to live with Eve, her boyfriend left, and she quickly gave up on her dreams.

Now approaching her fortieth birthday, Eve faces the prospect of an empty nest as Caitlyn is leaving home. Caitlyn gives Eve a set of twelve ‘Be Kind to Yourself’ vouchers, telling her that she has to start living for herself again, and that she should fill one in every time she does something to treat herself.

With her very first voucher, Eve’s life will change its course. But with eleven more vouchers to go, can Eve learn to put herself first and follow the dreams she’s kept secret for so long? Because life is for living – and as she well knows, it’s too short to waste even a moment… 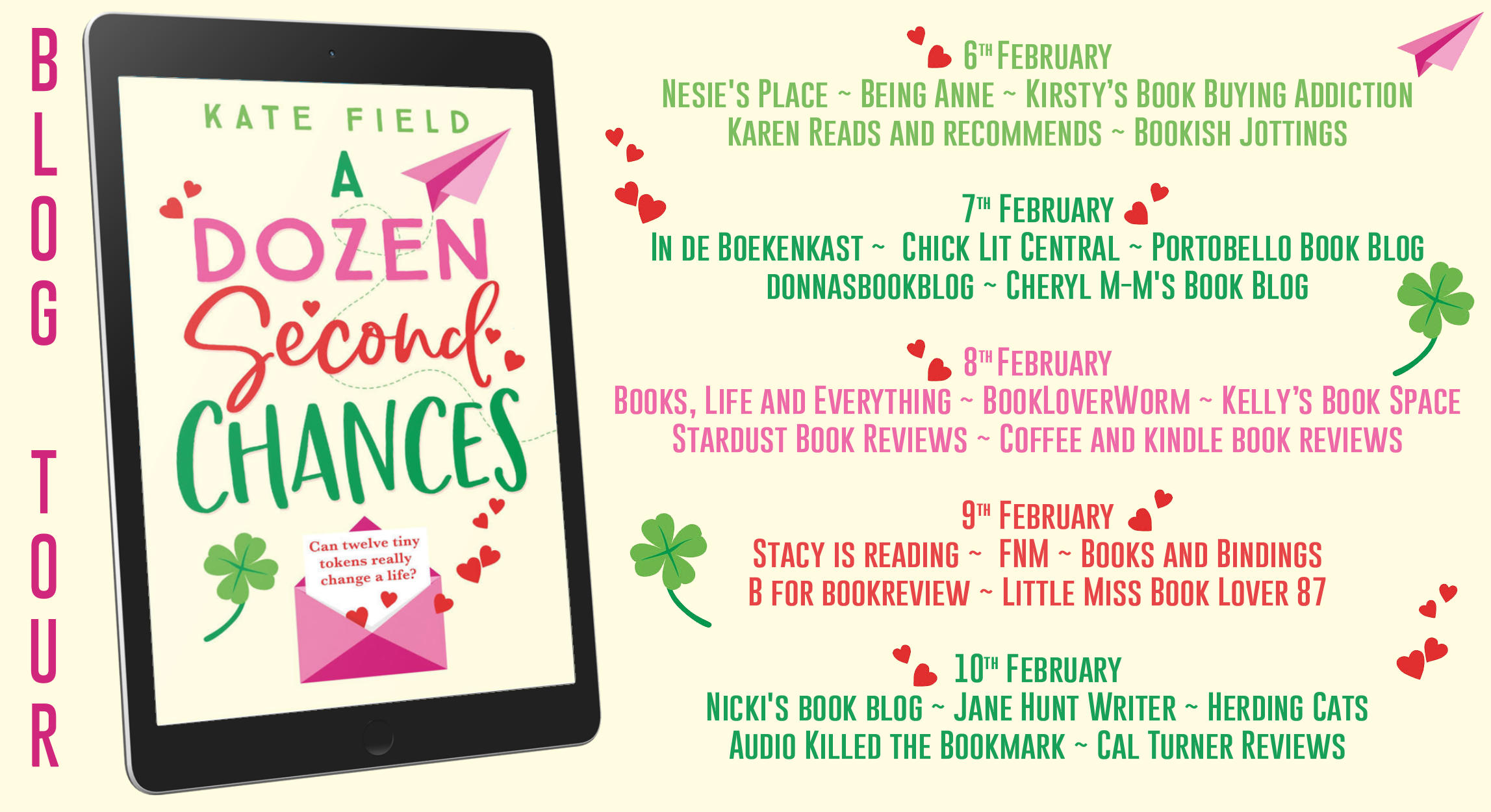 What are the chances that twelve little tokens could change a life?

Seventeen years ago, Eve Roberts had the wonderful life she’d always dreamed of: a degree in archaeology, a gorgeous boyfriend, and exciting plans to travel the world with him, working on digs. But when her sister Faye died, the life Eve knew ended too. Faye’s daughter Caitlyn came to live with Eve, her boyfriend left, and she quickly gave up on her dreams.

Now approaching her fortieth birthday, Eve faces the prospect of an empty nest as Caitlyn is leaving home. Caitlyn gives Eve a set of twelve ‘Be Kind to Yourself’ vouchers, telling her that she has to start living for herself again, and that she should fill one in every time she does something to treat herself.

With her very first voucher, Eve’s life will change its course. But with eleven more vouchers to go, can Eve learn to put herself first and follow the dreams she’s kept secret for so long? Because life is for living – and as she well knows, it’s too short to waste even a moment…

Kate Field writes contemporary women’s fiction, mainly set in her favourite county of Lancashire where she lives on the edge of the moors with her husband, daughter and cat. Her debut novel won the Romantic Novelists’ Association Joan Hessayon Award for new writers. 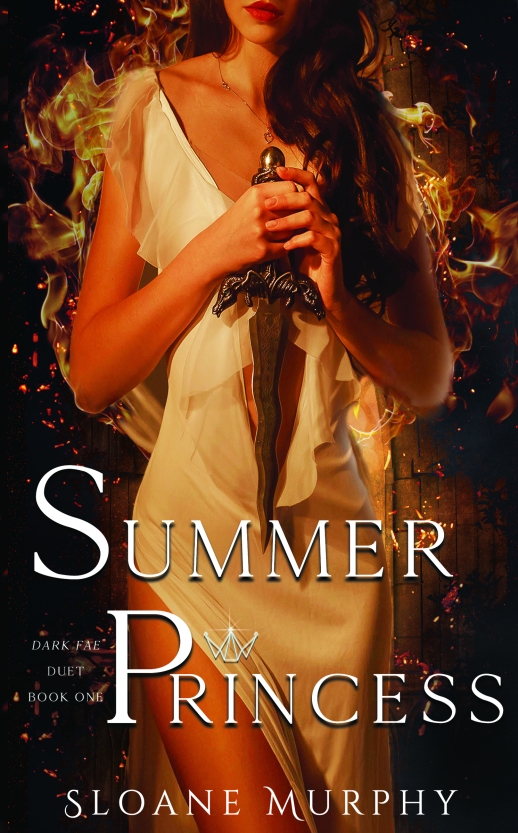 Available for preorder on all platforms – 99c – books2read.com/u/mZKwX5

She’s marked for a life she doesn’t want. He’s the one compelled to make her comply.

Emilia Daarke has fallen in love with the one person she should never have. After being caught by her father, she is thrust into a deadly game she must win, not just to save herself, but the ones she loves the most.

When Cade Vasara sees the girl he once loved, the one that got away, he’s torn between love and duty.

With betrayal and secrets running riot, and a ticking clock against them both, can they set aside their past, or will their present tear apart their world?

Find out what lurks in the Fae Courts by reading Summer Princess, the latest Dark Fantasy hit readers are comparing to G Bailey and Sarah J Maas.

Horror
(with elements of suspense, mystery, and fantasy)

On July 15, 1991, an isolated village in Northern Wisconsin is ground zero for an unprecedented, fiery tragedy. Of the community’s 600 residents, there are only five survivors. Detailed accounts by the victims contradict each other; the only link is a man named Anthony Guntram, but because he is presumed to be dead, this claim can’t be verified. Further investigations reveal a culture enshrouded in mystery. What are the survivors hiding? Only the villagers know the secret of Amber Hollow, a place where sanity is checked at the town line and the parameters of reality become blurred. An unconventional horror story by design, Edgar Swamp delivers an action-driven page-turner that will keep readers guessing until the calamitous ending.

“I’m not going back!” the woman screamed, her eyes rolling in terror. “You hear me? I’m never going back!”

“We understand,” Sadie said, approaching carefully from the opposite side of her partner, although her reply couldn’t have been farther from the truth. So far, she didn’t understand anything. However, she knew for certain that this woman’s passing wouldn’t do them a damn bit of good at getting to the truth. They needed to keep her still so she wouldn’t let go.

“We’re here to help you,” Jeremy said, “in fact, we were on our way to the hospital to visit you, to ask you some questions—”

“You have questions, you can ask Anthony Guntram! It’s his fault, all his fault!”

“I’m afraid we can’t do that, ma’am.” He gazed down, saw a police boat approaching from the mouth of the river. Good timing. “Please, let us help you. Take my hand.”

“I don’t want your help!” she screamed, and in her exertion one of her feet slipped and she almost fell, the only thing keeping her from plunging over the side was her grip on the cable, which apparently was pretty tight. “You can’t help me, no one can!”

“Never,” she croaked in a husky voice, and then she let go of the cable.

Edgar Swamp is the author of The Gyre Mission, Glitch in the Machine, and Blackout. His short stories have appeared in Alienskin, Macabre Cadaver, and Urban Reinventors. When he isn’t holed up in his office playing online poker, he likes to dig up the recently deceased and make furniture out of their skin. He lives and works in San Diego, California.
Contact Links
Website
Facebook
Goodreads 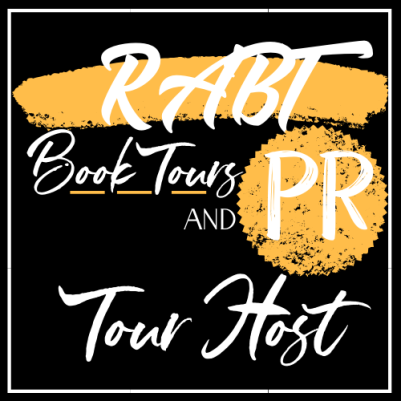 A gorgeous sun-filled new story from author of the Villa Limoncello series.

Welcome to The Cornish Confetti Agency!

When the grand finale of Lexie Harrington’s catwalk show ends with a disastrous twist on the ‘ice bucket challenge’, she was expecting her highly-strung boss to fire her on the spot. What she wasn’t expecting was to bump into her fiancé cosied up with an attractive blonde in the restaurant opposite their apartment!

Desperate to escape her heartbreak, Lexie flees to her childhood home of St Ives to hold the fort at The Cornish Confetti Agency for her best friend Freya, leader of the yummy mummy network and firm believer in ‘happily ever afters’. Little did she know that delivering a Caribbean-themed wedding in sunny Cornwall would rival the fashion industry for drama, tantrums and mysterious goings on.

Who is responsible for dousing the bridesmaid’s dress with tomato ketchup? Or hiding the bride’s beloved Jimmy Choos? Or attaching googly eyes to everything in sight?

The perfect Cornish wedding? Is there such a thing for The Cornish Confetti Agency? 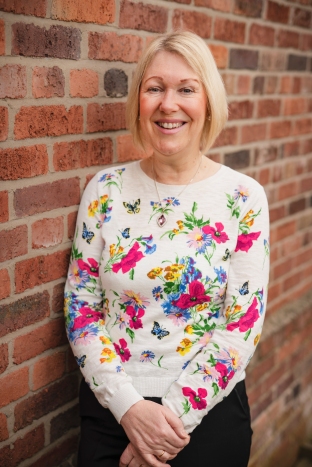 Daisy James is a Yorkshire girl transplanted to the north east of England. She loves writing stories with strong heroines and swift-flowing plot-lines. When not scribbling away in her peppermint-and-green summerhouse (garden shed), she spends her time sifting flour and sprinkling sugar and edible glitter. She loves gossiping with friends over a glass of something pink and fizzy or indulging in a spot of afternoon tea – china plates and teacups are a must.