As a hit man from the time he was very young, money, women, and danger have always ruled Gideon’s life; but for the first time, the job is taking its toll. Neither Gideon nor the city of Buenos Aires has recovered from the mayhem caused during Gideon’s last job. But before the dust has settled and the bodies have been buried, Gideon calls in backup—including the lovely Hawks, with whom Gideon has heated memories—to launch his biggest act of revenge yet…one he believes will destroy his adversary, Midnight, once and for all.

Yet Midnight and his second-in-command, the beautiful and ruthless Señorita Raven, are launching their own revenge, assembling a team of mercenaries the likes of which the world has never seen… and Gideon isn’t their only target. Gideon will need all of his skills if he is to save not only his team, but his family as well.

Private investigator Johnny Delarosa has seen it all. First as a cop, and now as a private eye. Cheating spouses, embezzlements, and insurance scams are routine. But he meets his match when the alluring, auburn-haired Claire Dixon walks into his bar/office and drops a $20,000 retainer in his lap. She wants the hard-drinking Johnny to find $2 million that was stolen from her mobster family 30 years earlier. But $2 million can be motivating. Old mobsters come out of witness protection to claim their share, and when bodies begin to pile up, and his sexy, enigmatic client disappears, Johnny is taken on the ride of his life; an Auburn Ride. With a wink and a nod to the hard-boiled private eyes of the pulp noir past, the gritty streets of Port City set the stage for author David Stever’s first thriller in the Delarosa series.

David Stever is a novelist, screenwriter, and film producer. He writes the Johnny Delarosa mystery-thriller series, debuting with, AUBURN RIDE, paying homage to the great detective fiction of the past. The series has been called “noir for the 21st Century.” Fans of hard-boiled, crime thriller books, complete with sexy femme fatales, will love the Delarosa series.

He is a member of the Private Eye Writers of America, the International Thriller Writers, and the Maryland Writers Association. Originally from Tyrone, Pennsylvania, he lives in Columbia, Maryland with his wife and family. Please visit http://www.davidstever.com and be sure to sign the mailing list for news and updates!

Bill Lord has been an entertainer since 1983 when he began a nearly 20-year career as a professional wiseguy on rock and pop radio. After radio, his love of storytelling drew him into the world of acting and audiobook narration. It was a transition that began his exploration of connecting with an author’s truth on a deeply emotional level, while bringing each of their character’s reality to life with an authentic voice.

When Bill narrates a story, he transforms the written word into a multidimensional aural experience that makes you lose all sense of time and what is going on around you. He transports the listener to faraway realms or perhaps across the galaxy, until the world around you is supplanted by the flickering movie screen of your own imagination.

In addition to reading books for major publishers, and indie authors and publishers, Bill is a former coach of Edge Studio’s Investigate Voiceover classes in Washington, D.C., and an occasional cast member with The Lake of the Woods Players. When he’s not on stage or in the booth narrating, you can find cruising the lake on his pontoon boat (in Orange County, VA) while enjoying a Manhattan with his beautiful wife, Joya.

CANNABIS FOR SENIORS is for seniors who are curious about cannabis and how they might use it to better their lives.
CANNABIS FOR SENIORS reviews research regarding the health effects of cannabis and the effectiveness of various strains for managing specific health conditions and improving quality of life.
CANNABIS FOR SENIORS debunks myths and discusses concerns that seniors may have about cannabis use. Docpotter describes methods of using cannabis, explaining how smoking, eating, and topicals users.
CANNABIS FOR SENIORS discusses ways seniors can use cannabis to manage various health concerns, one of which is the widespread use of powerful, potentially dangerous, addictive pharmaceutical medications. Docpotter explains how cannabis can help reduce, even avoid the use of opioids, while ameliorating health conditions commonly experience including, insomnia, depression, Alzheimer’s Disease, pain, stress and anxiety, Multiple Sclerosis, Parkinson’s disease, stroke, and others. CANNABIS FOR SENIORS explains the research and anecdotal evidence supporting the use of medical cannabis to enable seniors to better decide if they want to try using cannabis to soothe ailments.
CANNABIS FOR SENIORS discusses how using cannabis enlivens mood and encourages conviviality to facilitate socializing. Research shows that seniors who have positive interactions with friends, family members, and communities live longer, happier and healthier lives.
Seniors new to cannabis or an experienced user, both, will find much useful information in CANNABIS FOR SENIORS. Friends and relatives of seniors as well as caretakers and practitioners working with seniors will find it a valuable resource and interesting read.
Purchase Links
Amazon
B & N
Kobo
Target
IndieBound 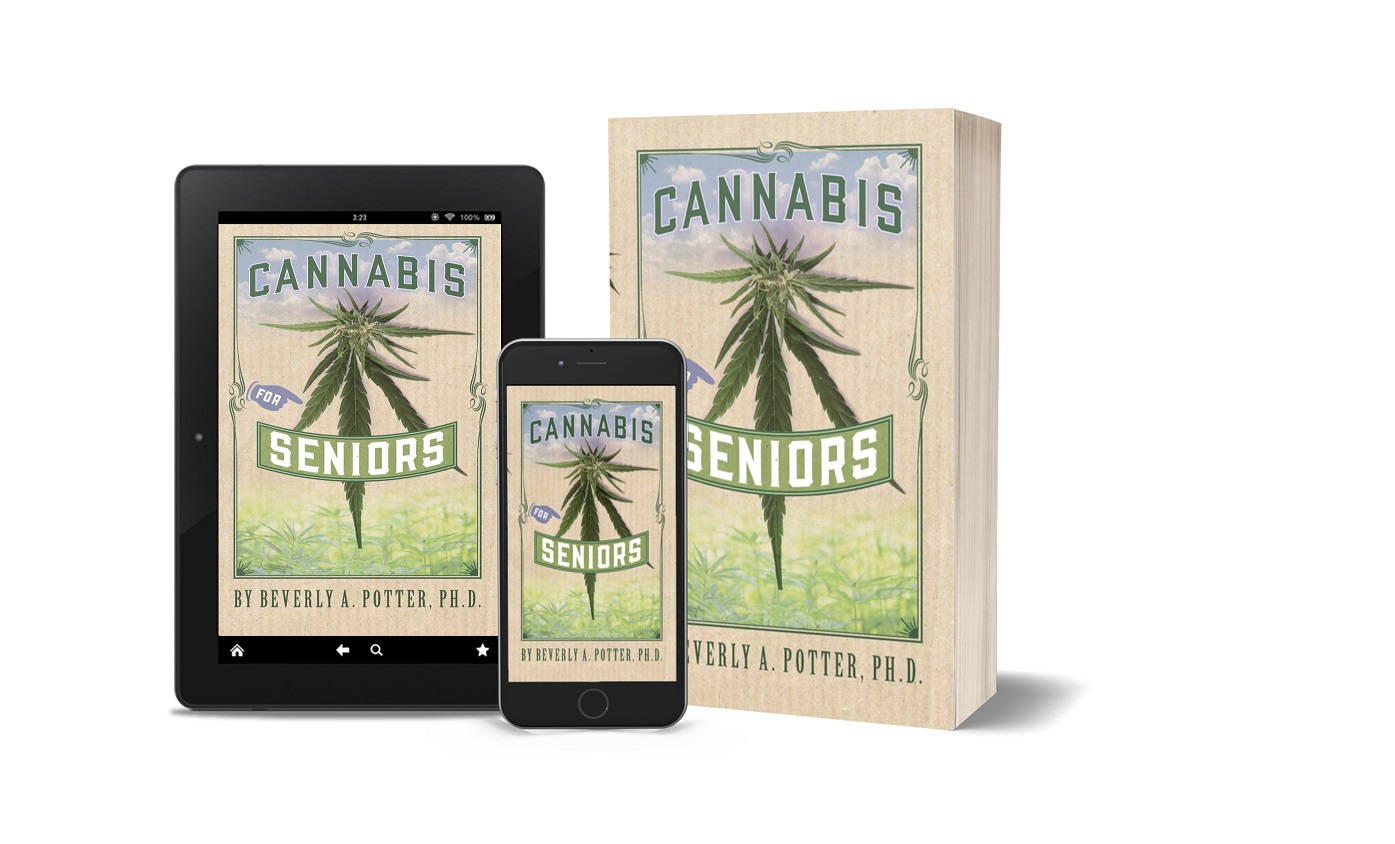 Docpotter—Beverly A Potter, PhD, earned her doctorate from Stanford University. She was an early Silicon Valley corporate trainer and has authored numerous books on health and workplace issues. Docpotter is located in Oakland Ca. Her site, docpotter.com is packed with useful information.

These sex secrets will make you a better lover and make sex more enjoyable than you ever thought possible.

Your partner will be amazed at your lovemaking abilities and techniques.