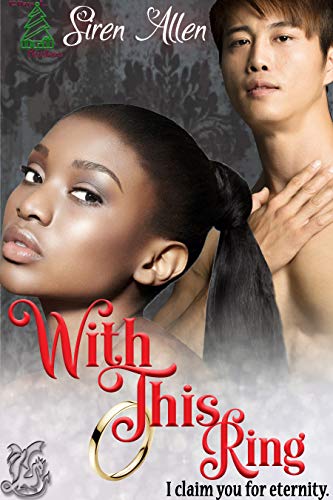 He’s living with a curse.

Centuries ago, his ancestors were cursed to ruin the lives of the women they fell in love with. Because of this curse, Shao Tian has always avoided love and relationships. He even went as far as leaving his home country to avoid running into his fated mated. He didn’t realize until it was too late that fate was steering him right into the arms of the woman meant for him. He found her in Atlanta Georgia. She’s everything any man could ever want in a woman. However, he’s forced to push her away. He’d rather have her hate him than love him. Loving a beast like him would only ruin her. Just like not being able to love her was going to ruin him. However, that’s a fate he’s willing to accept in order to protect her. What Shao failed to realize, was that destiny couldn’t be avoided.

This Christmas, the woman of his dreams is going to teach him a lesson about love, forgiveness and hope.