She was the only woman he wanted. He was the one man she couldn’t trust. Will this unsuited pair clash? Or is it a…

Sophia Kent used to be a badass knife-wielding chef. Nowadays, she’s lucky if she can remember to put on a bra. Between the move to Portland and unpacking boxes, she’s glad there’s only one name on the title. Unfortunately, at the door there’s a gorgeous messenger with a document claiming she’s not the rightful owner.

Dead-set on getting his grandmother’s house back, real estate investor Everett Monroe is determined to see the thief go down, even if he has to deliver the summons himself. Only, the beautiful mess at the door is charming, sexy—and nothing like the man whose family’s been feuding with Everett’s for generations.

He doesn’t know whether she’s a pawn or a player, and she doesn’t know he’s not just a messenger, so after a few “chance” meetings, when she enlists his help to find a location for her restaurant, he agrees. After all, in thirty days there’s going to be a hearing granting him ownership and she’ll be long gone. Except, somewhere between sunset mountain hikes, brilliantly lit musical bridges, and picturesque Japanese Gardens, a dangerous attraction weaves its way between the secrets and lies. Forced to confront the truth, Everett must ask himself what good a home is without the one you love to share it with.

Mixed Signals (Book 1 of the All Mixed Up Series) ebook 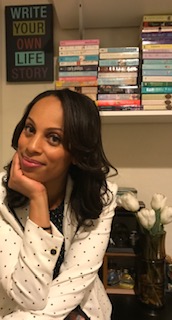 Mia Heintzelman is a graduate of the University of California, Berkeley and the University of Nevada, Las Vegas. She is a Chicago native who always has a book in her purse, loves to pair sweet and spicy tea with fluffy socks, and can’t go wrong with polka dots and pearls. She lives in Las Vegas with her husband and two children.