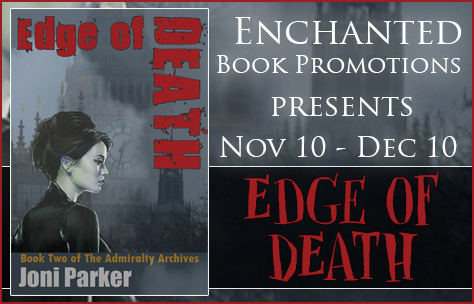 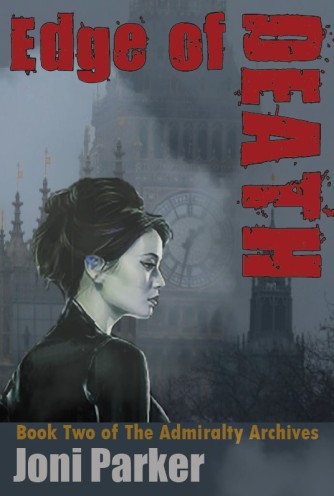 Title: Edge of Death: Book Two of the Admiralty Archives

In this second installment of The Admiralty Archives, the warrior Lady Alexin, the Keeper of the Keys for the Elf realm of Eledon, finds herself exiled to the harsh world of near-future London. Rendered little more than a political pawn by the Elfin Council of Elders to avoid a war with the Rock Elves, she has little choice but to struggle to find her way in this strange new land. Taken under the protection of kindly mentors, Vice Admiral Malcolm Teller of the British Royal Navy and his wife, Alex brings all her skills to the fore as she uncovers a series of deadly plots.

Murder is on everyone’s mind as an underground White Supremacist organization takes aim at Admiral Teller while two wizards, resurrected from death, must kill Alex in order to survive. To make matters worse, the Rock Elves dispatch a hundred assassins from Eledon with their sole mission to bring Lady Alexin to the very… Edge of Death. 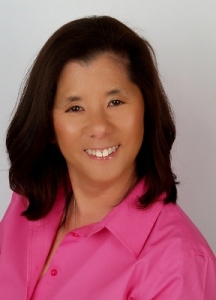 Writing fantasy novels are Joni Parker’s passion. She’s completed two series so far: “The Seaward Isle Saga” and “The Chronicles of Eledon.” Her latest series, “The Admiralty Archives, is a three-book series that begins with the “Curse of the Sea.” The second book is called “Edge of Death” and the third will be finished next year. In addition to her novels, Joni enjoys writing short stories and has contributed two stories to the anthology, “Beyond Tucson: Adventures in the Multiverse” with her writing group. Joni retired from the U.S. Navy and the Department of Homeland Security and currently resides in Tucson, Arizona with her sister.

Enter to win a print copy of Edge of Death 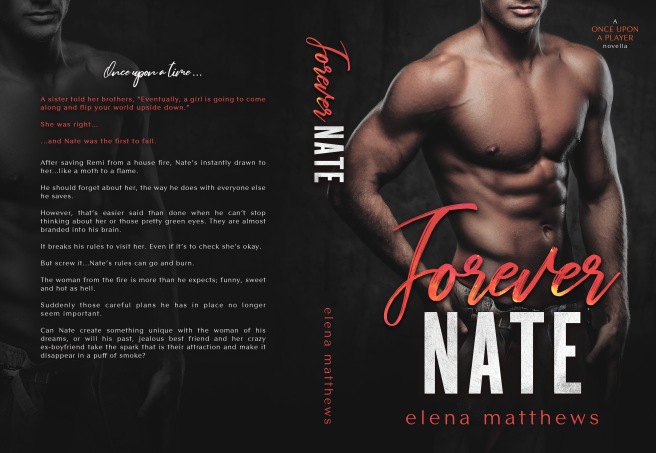 Book 1 in Once Upon a Player novella series

Once upon a time…

A sister told her brothers, “Eventually, a girl is going to come along and flip your world upside down.”

…and Nate was the first to fall.

After saving Remi from a house fire, Nate’s instantly drawn to her…like a moth to a flame.

He should forget about her, the way he does with everyone else he saves.

However, that’s easier said than done when he can’t stop thinking about her or those pretty green eyes. They are almost branded into his brain.

It breaks his rules to visit her. Even if it’s to check she’s okay.

But screw it…Nate’s rules can go and burn.

The woman from the fire is more than he expects; funny, sweet and hot as hell.

Suddenly those careful plans he has in place no longer seem important.

Can Nate create something unique with the woman of his dreams, or will his past, jealous best friend and her crazy ex-boyfriend take the spark that is their attraction and make it disappear in a puff of smoke?

Receptionist by day, author by night, Elena Matthews is from Manchester, United Kingdom, the home of Manchester United, MediaCity, and of course, Coronation Street. When Elena isn’t writing, she can be found with her nose in a book or watching guilty pleasures, such as Grey’s Anatomy. And, when she isn’t doing those things, you can often find her on Facebook, or obsessing over Kellan Kyle, book-boyfriend extraordinaire. 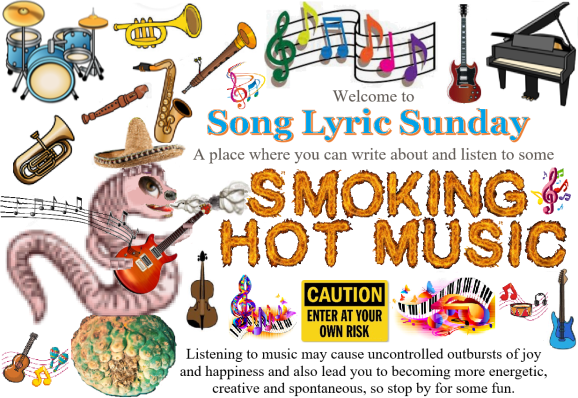 This week’s theme is  “Did/Didn’t/Do/Don’t/Does/Doesn’t.”

Calling it show-tune schmaltz and knocking it for it’s big emotional finish, many music critics didn’t care for Didn’t We Almost Have It All, the second single from Whitney Houston’s second album, Whitney, in 1987.

But when has the music-loving public ever listened to a music critic?

The song debuted at number forty-one on the Billboard Hot 100 in August and in just six short weeks, it landed at number one, where it stayed for two consecutive weeks and became Whitney’s fifth consecutive number one song.

Didn’t We Almost Have It All is about wishing for a reunion with someone, and making the case for it by recalling past good times. It was widely speculated that the song is about Houston’s relationship with then NFL star Randall Cunningham.

So much for music critics, eh? 😀

The official video for Didn’t We Almost Have It All is a live performance for members of the military in Saratoga Springs, New York. It played in heavy rotation on VH1, MTV, and BET, but is not a favorite of mine. Whitney’s “performance” actually takes away from her singing and doesn’t do the song justice.

I chose a static album cover with a radio version of the song instead.

Didn’t We Almost Have It All?