What goes on behind closed doors doesn’t always stay there.

Calamity (Callie) Barnstable isn’t surprised to learn she’s the sole beneficiary of her late father’s estate, though she is shocked to discover she has inherited a house in the town of Marketville – a house she didn’t know existed. However, there are conditions attached to Callie’s inheritance: she must move to Marketville, live in the house, and solve her mother’s murder.

Callie’s not keen on dredging up a 30-year-old mystery, but if she doesn’t do it, there’s a scheming psychic named Misty Rivers who is more than happy to expose the Barnstable family secrets. Determined to thwart Misty and fulfill her father’s wishes, Callie accepts the challenge. But is she ready to face the skeletons hidden in the attic? Find out.

Judy Penz Sheluk is the Amazon international bestselling author of the Glass Dolphin Mystery and Marketville Mystery series. Her short stories can be found in several collections, including Live Free or Tri and The Best Laid Plans, which she edited. Judy is also a member of Sisters in Crime, International Thriller Writers, the Short Mystery Fiction Society, and Crime Writers of Canada, where she serves as Vice Chair on the Board of Directors. Find her at http://www.judypenzsheluk.com. 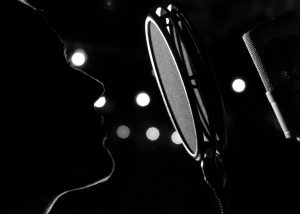 Claira Jordyn is an on-camera and voice over actress based in New York City. She can most recently be heard on a variety of television and radio commercials encouraging you to ski in Colorado, shop at Old Navy and also to try a particularly popular makeup brand this holiday season. She can also be heard reading countless books including Opaque, The Endless Horizons Sagas and an upcoming retelling of children’s fairytales. She lives just north of New York with her husband and super mutt Junebug, loves telling stories for a living and is incredibly grateful for the opportunity to do that every day.

I was only a few pages into Finding Ruby when I couldn’t decide if I felt sorry for the protagonist’s situation or if I hated her for allowing herself to be in that situation.

At first glance, Eleanor “Nell” Montague appears ditsy, frazzled and weak as she arrives late to her own grandmother’s funeral.

My sympathy swelled as she rushes back to work, concocting scenarios to account for her time so as not to arouse the ire later of her live-in boyfriend, Gary. He doesn’t need much provocation to lay hands on her.

Nell annoyed me as I read her thoughts on all the punches, smacks and beatings she’d endured because of some transgression Gary believed she’d committed.

Nell’s life is that of a typical abuse victim. Isolated from friends and coworkers, and with the death of her beloved grandmother, she has no more family.

Her mother died years ago and she assumes her father is also deceased… but she isn’t sure since he abandoned the family when she was a small child.

But there is nothing typical about Nell.

As I learned more about Nell, I didn’t feel she was so much stuck in her situation as she was waiting for something.

I have no idea what—and I don’t believe Nell knew either at that point—but it’s obvious she wishes she was more like her alter-ego, Ruby.

Her father, Will, used to tell her “stories” about the fierce, confident young girl, and Ruby came alive in Nell’s fantasies. Ruby wouldn’t put up with Gary’s crap. Ruby would stand up for herself at work. Ruby would marry a wonderful man and have beautiful children. But it’s all pure fantasy because Ruby disappeared decades ago.

Nell’s wait comes to an abrupt end when she’s handed the keys to a new life… and ghosts of the past.

Fear becomes Nell’s constant companion because she’s afraid she’ll give in and return to Gary simply because he’s all she has left. She loves him but she isn’t in love with him, he’s just the only constant in her life, even if he is a bastard. However her bigger fear is now Ruby, who haunts her days as well as her nights.

Nell sees and hears her and believes she suffered from one too many of Gary’s attacks. But then Emily, another missing young girl, appears to Nell. First, as a captive in a cellar, then standing behind Nell in a crowd.

Maxine, a local nurse and quirky psychic unsure of her own abilities, may be the key to saving Nell’s sanity.

But Nell also wonders if she needs saving from the mysterious Mr. Austin who’s been stalking her since her grandmother’s funeral. He claims to be looking for her father, but Nell is sure his connection runs deeper, she just doesn’t know how deep, or if there’s any truth to the rumors of Will Montague being involved in Ruby’s disappearance.

Nell Montague is not some badass, take-no-prisoners heroine. She’s afraid or anxious during much of this story.

However, as she comes to realize the answers are within her and only she can save herself—and possibly two missing girls—she shows a sense of determination and quiet strength as her past and present collide in the wake of repressed memories and haunting evil.

And I am cheering her own!

Finding Ruby is engaging fiction with spot-on character development, but it’s the plot twists straight out of left field that turn this read into page-turning suspense as you try to figure out who’s alive, who’s dead, who’s innocent, who’s guilty, and who’s just sad.

Issues are resolved by the story’s end but… that ending! Here’s hoping I haven’t seen the last of Nell Montague.

Readers who enjoy mystery and suspense… and a dash of the supernatural will enjoy this solid read. Those with emotional triggers should be aware that while not graphic or gratuitous, there are scenes of domestic violence and sexual assault as part of the story line.

On Halloween night thirteen year old Ruby disappears in the company of a masked figure. She is never seen again. The only witness is Nell Montague who is just seven years old.

Twenty three years later, Nell is trapped in an abusive relationship and still suffering from vivid nightmares of what she saw. When tragedy strikes she escapes and attempts to put her past behind her. Then thirteen year old Emily disappears.

Haunted by increasingly disturbing visions and helped by a reluctant psychic, Nell must unravel the mystery of what really happened that night because to save Emily she must first find Ruby.  But to do so she will question everything she thought she knew about her own childhood and soon discovers that nightmares don’t always end when you wake up.

Born and raised at Porton Down in Wiltshire, and currently works for the NHS in Salisbury, J A Higgins has always been fascinated by crime, history and the unexplained.  Finding Ruby is the first in the Nell Montague mystery series which will examine how horrors from the past are still very relevant today.

Princess Martina Parisier hates the lavish royal parties with their boring guests, having to behave like a lady for hours on end.

But this year’s ball will be a masquerade. Everyone there will be in costume, so at least she can hide in plain sight.

So when a dashing masked man captures her under the mistletoe and gives her a toe-curling kiss then leaves her with a single red rose, she has no idea who he is.

Now the mysterious stranger is sending her a red rose each day in a countdown of his own.

Mckenna James is the pen name for a collaborative writing duo who share an addiction to sweet tea and a love for wealthy, attractive men.

Since they don’t know enough devastatingly handsome men with boatloads of cash to spare, they decided to create some. They specialize in fairytales for today’s world featuring modern princes and heroines who speak their minds and carve out happily ever afters on their own terms.

This week’s theme is  “Around/Down/Sideways/Up.”

Following my first mind led me to this smooth groove from the early 70s.

I’ll Be Around was initially released as the B-side of the group’s first single on Atlantic Records, with How Could I Let You Get Away being the A-side. Radio deejays, however, soon opted for I’ll Be Around which led to Atlantic flipping the single over and the song became an unexpected hit, eventually spending five weeks at number one on the U.S. R&B chart (the group’s first number-one on the R&B chart), and reaching number three on the U.S. Pop chart in the fall of 1972. It also reached sales of over one million copies, The Spinners’ first record ever to do so. The success of I’ll Be Around would be the first in a series of chart successes The Spinners and Bell would have together during the 1970s.

A 70s song from a 70s group, of course, the video performance is from Soul Train!