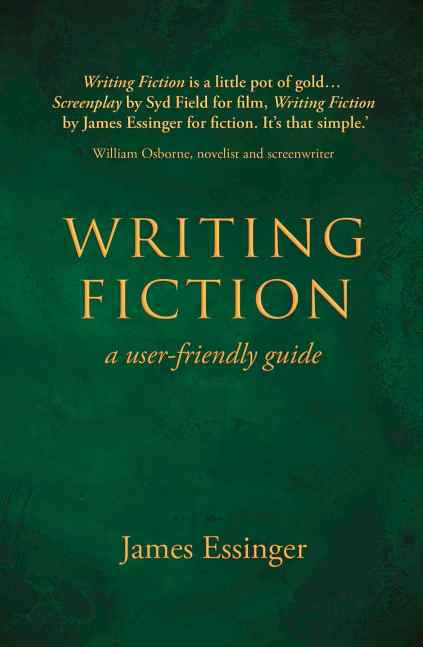 Writing Fiction – a user-friendly guide is a must-read if you want to write stories to a professional standard.

It draws on the author’s more than thirty years of experience as a professional writer, and on the work and ideas of writers including:

The twenty-four chapters cover every important matter you need to know about, including: devising a compelling story, creating and developing characters, plotting, ‘plants’, backstory, suspense, dialogue, ‘show’ and ‘tell’, and how to make your novel more real than reality.

Also featuring special guest advice from legendary screenwriter Bob Gale, who wrote the three immortal Back to the Future movies (1985, 1989 and 1990), and novelist and screenwriter William Osborne, whose many screen credits include the co-writing of the blockbuster  Twins (1988), this highly entertaining book gives you all the advice and practical guidance you need to make your dream of becoming a published fiction writer come true.

James Essinger has been a professional writer since 1988. His non-fiction books include Jacquard’s Web (2004), Ada’s Algorithm (2013), which is to be filmed by Monumental Pictures, and Charles and Ada: the computer’s most passionate partnership (2019). His novels include The Mating Game (2016) and The Ada Lovelace Project (2019).